This spooky thriller from South of the Equator is a must for horror fans. Tombs, Gloom, and doom! This is the eleventh hour, and you are invited to listen to these tales of adventure if you dare!

"Time… the silent herald of life and death, success or failure… the unseeing force that delivers man's destiny, reaching its most fateful moments as it slowly strikes... the Eleventh Hour."

Radio Thrillers, at least, the very good ones (and there were several) sound like something that should be listened to late at night, after your parents have gone to bed, with your bed-side radio turned down low so that you do not wake anyone else in the house, with your head buried deep under the sheets so that the monsters cannot get you.

Actually, the best of these psychological dramas were so well made and popular that the networks often scheduled them in Prime Time. Shows like Suspense, Inner Sanctum Mysteries, The Whistler, and several other short-story based thrillers brought in a lot of money into the network coffers. This made them attractive to imitators overseas, and some of these copies were incredibly compelling in their own right. 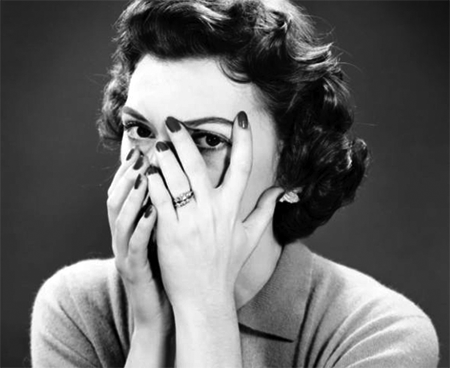 Artransa Park Studios in Sydney, Australia, began such an effort in cooperation with local broadcaster 2GB 873AM and the Australian Broadcasting Company in the early 1960s. Approximately 52 broadcasts of The Eleventh Hour were recorded for syndication and picked up by South Africa's Springbok Radio for the 1963 season. Artransa did not continue the project after the first year, but Springbok continued to produce new episodes through 1971. The U.S. Armed Forces Radio and Television Services (AFRTS) picked up several episodes for broadcast to troops stationed overseas, but it is unclear whether these were Artransa or Springbok Productions.

Although The Eleventh Hour was not afraid to 'borrow' script ideas from U.S. network shows like Inner Sanctum or Lights Out, the program did have its original touches. Keep in mind that widespread television ownership was late in coming to both Australia and South Africa, so radio drama took advantage of highly advanced recording and production techniques long after radio drama had died in the U.S. market. One big difference of The Eleventh Hour was to not use a "Horror Host". The program opened with the ominous quotation which is at the beginning of this article. Rather than a reassuring voice at the transitions like "The Man in Black" or "Raymond and the Tea Lady", the show goes right into the action and the creepiness factor builds quickly.

Interestingly, although initially developed for the South African market, the actors and situations generally have a decidedly Yankee slant to them or a British feel. This is largely due to the influence of American Cinema even south of the Equator. The Eleventh Hour is every bit as creepy as the popular American thrillers it imitates but is original enough to stand, frighteningly, on its own.

Time - the silent herald of life and death, success or failure. The unseeing force that delivers man's destiny, reaching its most fateful moments as it slowly strikes the eleventh hour. Bad days turned worse, dogs barking at nothing in particular, creepy taverns full of stuttering souls, tomb gloom and doom! This is the eleventh hour, and you are invited to listen to these tales of adventure if you dare!