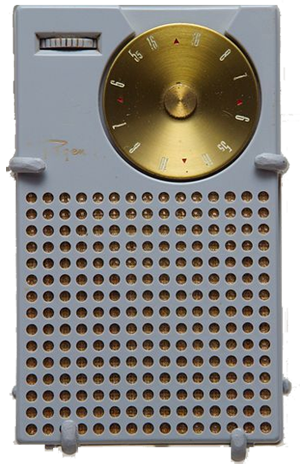 Father, Dear Father started as a television show and was made into a film, an American version (Daddy's Girls), and the South African radio play.

The show was about a divorced writer with two teenage daughters, their nanny, and an ex-wife with her new husband. Stories revolve around the father, Patrick Glover, working hard to raise his two daughters, Karen and Anna, often misunderstanding the situations going on around him. An entertaining show, most of the situations takes place in the home. The show starred Tom Meehan as Patrick Glover, Yvonne Bristow, Margaret Milner-Smyth, and Maureen Adair.

South African Springbok radio was South Africa's first commercial radio station. Springbok was started to compliment the public service radio stations already established in the country. In the beginning, shows were imported from other parts of the world but as more money became available, Springbok was able to work with South African businesses to produce shows locally. With the advent of South African television services in 1976, the advertising money for radio started shrinking until Springbok closed in 1985.