his stream-of-consciousness style has thrilled, inspired, and challenged readers for nearly a full century including The Sound and the Fury, As I Lay Dying, and Light in August

Choose your CD format
or order disks individually: Add to Cart Add to wishlist
Play a sample episode from October 14, 1946:

"To Have and Have Not" "Holding all I used to be sorry about like the new moon holding water." --The Sound and the Fury William Faulkner's prose is identifiable as his, is uniquely his own. His stream-of-consciousness style has thrilled, inspired, and challenged readers for nearly a full century. He is a paragon of musical, rhythmic, dense prose cutting deep into the consciousness of his characters.

A Southern novelist--from Mississippi--Faulkner is one of the most distinctive voices of that region, in a pantheon including Mark Twain, Flannery O'Connor, and Walker Percy. HIs famed works, Absalom, Absalom, Go Down, Moses, The Sound and the Fury, As I Lay Dying, and Light in August explored themes of family secrets, loss of tradition, and grief with a virtuosity that has caused Faulkner to consistently be named in lists of great American authors. While his style is known for its difficulty, his work is also a staple in college literature courses.

His 1939 novel The Wild Palms presents two stories that aren't,in the traditional sense, intertwined. One involves illicit love between a couple rambling across the country, while the other finds a prisoner being conscripted to help victims of a flood. The penitentiary as a location serves as a linchpin between the two narratives, while another common thread is the pregnancies appearing in each.

The Wild Palms was adapted by NBC Theater in 1949, starring Anne Diamond and Clarke Gordon, with commentary from esteemed novelist Robert Penn Warren. 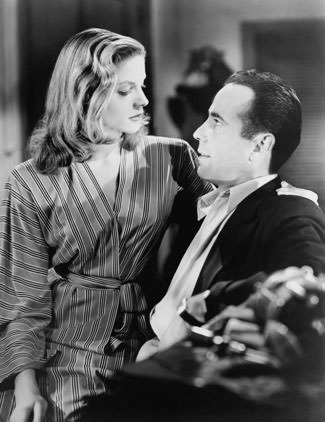 In 1946, Lux Radio Theater adapted To Have and Have Not, an interesting project involving two of the greatest American authors, Faulkner and Ernest Hemingway. Hemingway penned the novel, and Faulkner wrote the screenplay for the film version, which starred the dynamic duo of Humphrey Bogart and Lauren Bacall. The two reprised their roles in Lux's radio version, making the project an amazing amalgam of talent.

Our William Faulkner collection also includes radio adaptations of Air Force (produced by Cecil B. DeMille) and Honor. If ever an author's works were custom-made for the airwaves, it was those of William Faulkner, whose careful phrasings with their attention to rhythm and their vividness were meant to be heard.