Choose your CD format
or order disks individually: Add to Cart Add to wishlist
Play a sample episode from February 24, 1957:

Try to imagine a world without screens. 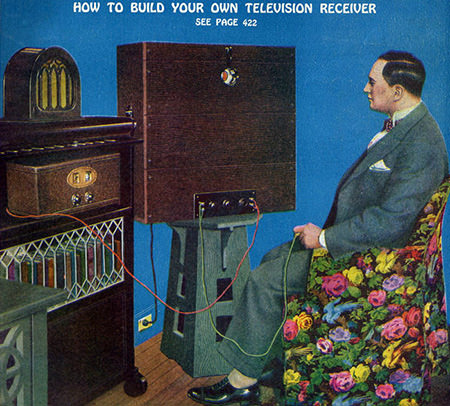 Today, we carry full-function computers that literally fit in our pockets which allow us to enjoy videos almost anywhere. A 50-inch, high-resolution OLED 'Smart' TV set, with better picture and sound quality than the neighborhood movie theater could provide at the end of the Twentieth Century, can be purchased today for less than a tabletop radio cost during the Great Depression, allowing for inflation. During the Golden Age of Radio, listeners in most locations could tune in a few local stations, two or three of which would have been affiliated with the national networks. In the Cable-TV (and post-Cable-TV) age, there are hundreds of channels and networks to choose from, and thanks to advanced recording and storage technology, both local and on-line, we can pretty much watch what we want whenever we want to.

As fans of Old Time Radio, we realize that the dawn of Golden Age of Television was also the death knell for the Golden age of Radio. TV did, in fact, kill radio, but not in the way many of us believe. Network and Cable TV could have easily coexisted with network radio much like TV and the Internet does today. Radio is a simpler and more reliable technology than television, in fact, in many ways, it is the same technology. Terrestrial or broadcast television is simply a radio signal with the addition of a picture or video component. Creating and broadcasting the video component is a little more complex than a simple audio broadcast but exponentially more expensive. The reason radio died was that the sponsors chose to invest in the shiny new and expensive television technology and abandoned the effective but seemingly outdated radio format. 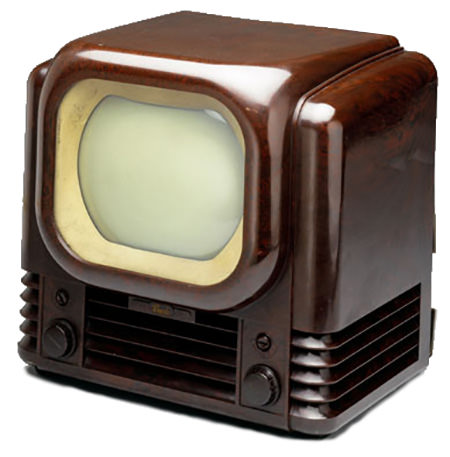 The people working in radio probably saw the writing on the wall, and television was seen as a coming thing. Movies underwent a huge change when sound was added to moving pictures but movies were still movies. Adding moving pictures to the aural medium of radio should have had a similar effect. Scientists began developing and improving television technology in the early decades of the 20th century, so it was just a matter of time before TVs were common. Advances in television technology were discussed in 1944 on NBC's What's New program under the sponsorship of TV and radio manufacturer RCA. The Blue Beetle used television technology to gather evidence on the bad guys, and Dr. Fu Manchu was using television broadcasts in his criminal enterprise as early as 1939. Suspense responded to TV in an episode titled "Two Hundred and Twenty Seven Minutes of Hate" where a displeased TV producer tries to fly an airplane into the station's TV broadcast tower. The pressures or TV production were further explored in a radio play on Theater Five in the episode "Don't Hesitate to Call".

Whether or not TV sets would go on 'the fritz' more often than a simpler radio receiver is hard to say, but a faulty radio was usually turned over to the neighborhood handyman for repair. TV repair became a specialized and profitable industry. Wherever there is profit, there will be conmen trying to get a piece of it. That is what Sgt. Joe Friday discovered on Dragnet's "The Big Screen" episode. The Kingfish has a sharp eye for an easy scam, and attracts Andy into the TV repair business on Amos 'n' Andy's "Television Job". There is now denying that television technology changed the way we see the world, including sports coverage, which was discussed by Grantland Rice. 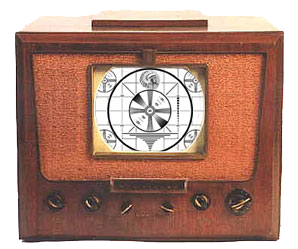 Although the technology of TV broadcasting was under development for decades, the biggest hindrance to the TV revolution was getting a TV set in every home. In an age when it is not uncommon to have a television in the bathroom, it might be hard to imagine a time when putting a TV in the living room for the first time was a major event. It was a milestone not only for the family but often for the entire neighborhood. Being the first house on the block to own a TV meant that your kids had more friends than they could count.

"The Mean Widdle Kid" on The Red Skelton Show took advantage of the situation by charging admission to watch the family TV and began selling lemonade to his patrons. The excitement of possibly getting a free TV lands Principal Conklin in jail as the result of an April Fools prank on Our Miss Brooks. A little more than a year later a TV set is placed in Madison High School, bringing Miss Brooks to the unfortunate attention of the Coulter Collection Agency. The repo man comes to see Chester after he spends $2300 for new TV on The Life Of Riley. A few months later, there will be an embarrassment of riches when Chester receives not one but two sets for Father's Day.

When TV finally comes to Summerfield it seems like there is a set in every household, except for that of The Great Gildersleeve, much to Leroy's distress, but that is nothing compared to how he feels when Gildy finally gets a set and falls for TV personality, Katie Lee. Probably the last person we would expect to part with the money for a TV set is Jack Benny, but he almost has to after making a nuisance of himself dropping by the Colman's to watch old movies. When he finally gets a TV, he enjoys watching wrestling matches and invites the gang and guest, Leo Durocher, over to watch the World Series. 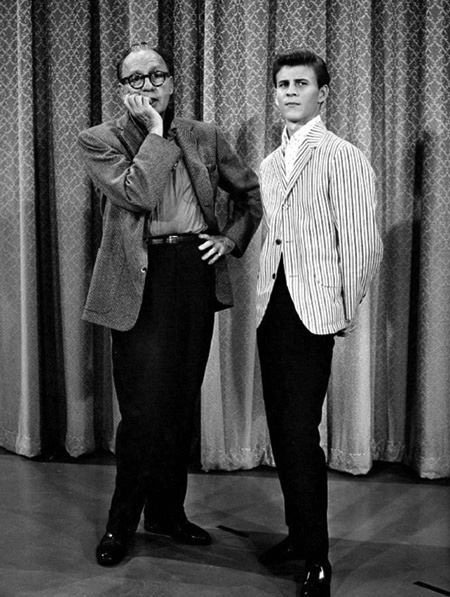 By the mid-Fifties, it was becoming obvious in Hollywood that the future was on TV and not radio. The biggest names in radio were the variety comic hosts who had decades earlier had made the transition from vaudeville to radio broadcasting. There was every reason to expect that radio people could make the transition to TV, but nothing is a sure thing in the entertainment industry until it actually happens. TV was proving that it was different in some important ways from radio. For a weekly radio broadcast the actors may have only had to be in the studio for a couple of hours during the week for rehearsal, and then the time for the live broadcast on the East and West Coasts. TV required not only more rehearsal time but also wardrobe and makeup. TV was simply more work for everyone. It was the coming thing, however, and the desire to get into TV made a good plot device for radio writers.

Fred Allen was notorious for resisting the transition to television, but he was happy to poke fun at the upstart medium. In early 1949, he tried to convince Rudy Vallee to go into TV, probably in an effort to get rid of some of his radio competition. The Fred Allen Show also presented a couple of radio plays which were supposedly performed in a television format. Fred's foil, Jack Benny, would go on to become one of the most successful hosts to make the transition from radio to the small screen. The Jack Benny Program would last for 15 seasons on TV, and from 1949-1955 appeared on both radio and TV. When Jack returned from his summer break in 1950, the radio program was centered around the changes at the studio for TV. Since TV and radio were such different worlds, having the gang get ready for a TV broadcast was a device used by the radio writers.

George Burns knew that the cameras would love Gracie Allen, but Gracie was never happy with the extra work TV required. Maxwell House Coffee Time made good sport of Gracie trying to launch George's TV career, trying to have her friend Marie MacDonald help convince George that he is irresistible and sure to make a splash on the small screen and trying to convince William Boyd to retire so there would be a spot for George as a TV Cowboy. The Kingfish on Amos 'n' Andy is pretty sure his life will be sweet if he can get his wife Sapphire on television, first as a part of a loving couple on the "Lovebirds" show but in another episode, he sees her on TV with another man.

Even Teeny from Fibber McGee and Molly finds it hard to resist the allure of TV when she bothers Fibber to help her prepare for an appearance on a TV Quiz Show.