Grantland Rice was one of the most important media figures during golden age of sports known for his descriptive style of sports news broadcasting.

Choose your CD format
or order disks individually: Add to Cart Add to wishlist
Play a sample episode from June 17, 1955: 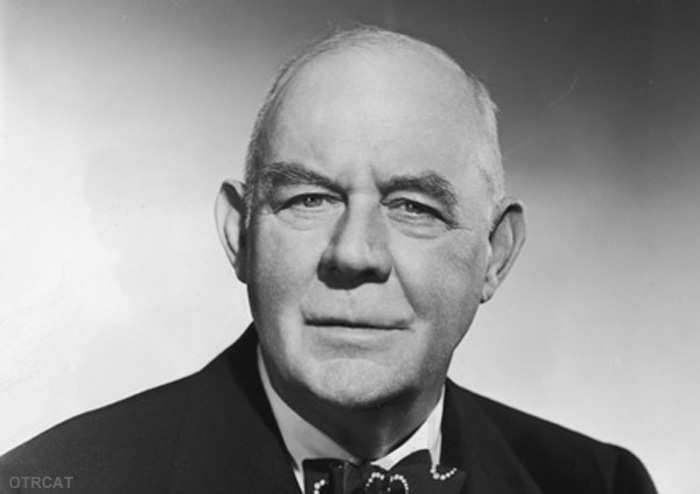 The 1920's were, among other things, the Golden Age Of American Sports. The world was changing at a dizzying rate. It was the era of Jazz, Speakeasy's, and Flappers. The national mood after WWI was high, prosperity was everywhere, and the miracle of radio was entering more homes. 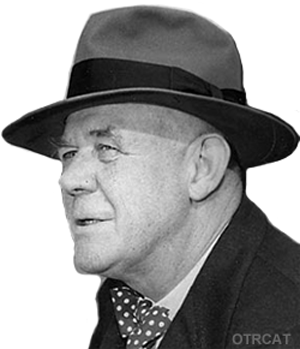 The sporting world was developing its first legends. Professional baseball had lost much of its glory in the 1919 Black Socks Scandal. Several of the players on the Chicago White Socks team had accepted bribes to lose games during the 1919 World Series. While the Great American Game was rocked by the scandal, a hard drinking, cigar chomping hero stepped onto the diamond named Babe Ruth. Ruth was not someone any parent would choose for a role model, but his talents on the field, especially pounding homeruns out of the park, was exciting enough to bring America back to the ball park.

Jack Dempsey was a role model. He had been the Heavy Weight Boxing Champion through the first part of the decade, but was beaten fairly by Gene Tunney in 1926. Dempsey tried to regain the title in 1927, but was beaten, not so much by Tunney, but by the "Long Count". While in retirement Dempsey was known for his benevolence. He sponsored the Ride of Champions Rodeo event in Reno, Nevada, which was won by legendary cowboy Pete Knight.

Man O' War was one of the greatest Thoroughbred racehorses of all time. After WWI he won 20 of 21 races and $249,465 in purse money. Nick named "Big Red", it was acknowledged that the only reason he hadn't won the Triple Crown was that he did not race in the Kentucky Derby, though he won the Preakness and the Belmont Stakes, and he beat the previous winner of the Triple Crown, Sir Barton. 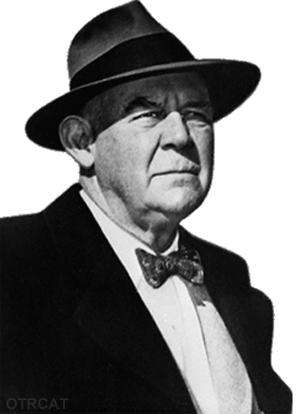 most famous football team of the period was Notre Dame, coached by Knute Rockne. Notre Dame's 1924 backfield featured Stuhledreher, Crowley, Miller, and Layden, "The Four Horsemen." Notre Dame went undefeated in 1924, including the Rose Bowl and the National Championship.

Although radio had been developed by the 20's, the networks were still in their infancy, and receivers were still a rarity in most homes. For fans to be able to follow sporting figures they had to read about them in newspapers. The greatest of the sportswriters was Grantland Rice. Rice was was born in Murfreesboro Tenn, the grandson of a Confederate General. After graduating from Vanderbilt he took newspaper jobs in Atlanta and Cleveland before becoming the sportswriter for the Nashville Tennessean. From there he moved in to a number of prestigious papers in the Northeast.

Rice was known for his verse almost as much as his writing style. He lacked the play-by-play style used by many sports writers of the period, but was appreciated for his descriptions of the grandeur and pageantry of sport, and his ability to raise athletes to an almost god-like status while keeping them very human.

Just before his death in 1954 Rice finished his autobiography, The Tumult and The Shouting. Jimmy Powers reads from the book in the 1955 radio series, The Grantland Rice Story, as well as interviewing some of the surviving athletes that Rice records in his book.