The Space Age is still a few years from beginning, but in many very real ways, the future begins in 1953.

Choose your CD format
or order disks individually: Add to Cart Add to wishlist
Play a sample episode from December 25, 1953: 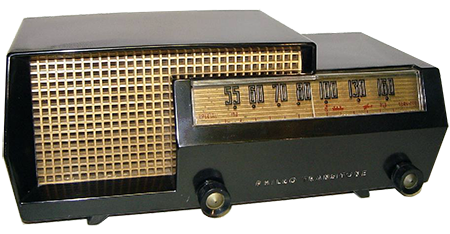 On January 20, 1953, the 34th President of the United States, Dwight D. Eisenhower was sworn into office, and the American people could see the entire ceremony on television. A great many of them did, in fact, tune in to watch this historical event, but not nearly as many would watch as did the night before for an even more important historical event when America's favorite redhead gave birth to "Little Ricky" on the sitcom I Love Lucy.

The program was a very public attempt to save the marriage of Lucille Ball and Cuban bandleader Desi Arnaz. Lucille Ball had starred in a popular radio series called My Favorite Husband, and the network wanted to bring some of that profitable magic to the small screen but she refused to begin a TV project unless her husband was the costar. The result was one of the biggest TV hits of all time, and the marriage flourished to the point that by the time the second season began, Lucy was pregnant with the couple's second child. A pregnant main character was almost unheard of in family TV (there was never a line about Lucy being pregnant, she was always "expecting"). The episode "Lucy Goes to the Hospital" was filmed several weeks earlier and scheduled to be shown coinciding with Lucy's scheduled caesarean delivery (the TV pregnancy only lasted seven episodes, from December 8 to January 19). On that night, 71.1% of all televisions in the US were tuned into I Love Lucy, a record which still stands. 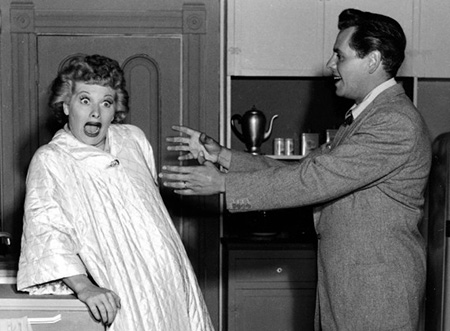 Life in this atomic age was hardly a sitcom for new President Eisenhower. Just before the inauguration, out-going President Truman announced that American scientists had developed a hydrogen bomb, had been tested at Eniwetok Atoll in the South Pacific in November. Atomic testing in Operation Upshot-Knothole begins in March at the Nevada Test Site, which will involve 20,100 military personnel at Camp Desert Rock. Earlier in the month, Soviet boss Joseph Stalin suffered a stroke and died in Moscow. New Soviet Prime Minister Georgi Malenkov announces that the USSR has developed a hydrogen bomb in August and conducts a successful test a few days later. Nikita Khrushchev will become chairman of the Soviet Party.

An appeal for clemency toward convicted spies Ethel and Julius Rosenberg is made to the new President in February, which he refuses, and the couple is executed in the electric chair at New York's Sing Sing Prison on June 19. Although Eisenhower was arguably one of America's most effective warriors during WWII, he delivered his "A Chance for Peace" speech to a group of journalists in Chicago on April 16. The long and bloody Korean War comes to an end when an armistice is signed at Panmunjom on July 27, and a few days later prisoners of war are exchanged during Operation Big Switch. Eisenhower delivers an address to the United Nations General Assembly on December 8 titled "Atoms for Peace", focusing on peaceful uses for atomic energy. 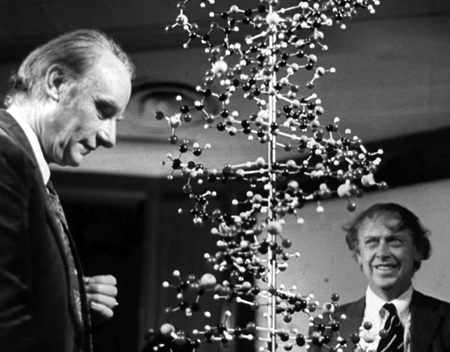 In many ways, 1953 was a year of discovery. The Robertson Panel, a scientific committee sponsored by listed in the Air Force's "Project Blue Book", reported that, "The Panel concluded unanimously that there was no evidence of a direct threat to national security in the objects sighted", however, the public's interest in the subject could overwhelm standard military communications.

Scientists at Cambridge University reported discovering the double-helix structure of the DNA molecule in all living cells. Dr. Jonas Salk announces his polio vaccine on March 21. Ian Fleming publishes his first James Bond novel, Casino Royale, in April. Jackie Cochran becomes the first woman to fly faster than the speed of sound at Rogers Dry Lake in an RCAF F-86 Sabrejet with the encouragement of friend Chuck Yeager.

The summit of Mt. Everest if conquered for the first time by Edmund Hillary and Tenzing Norgay. The first Chevy Corvette rolls off the assembly line. Gentlemen Prefer Blondes starring Marilyn Monroe debuts on July 23. Sexual Behavior in the Human Female, the second of the Kinsey Reports, is published in August. Researchers at the University of Chicago announce the discovery of REM sleep. Scott Crossfield becomes the first man to fly past Mach 2 in November. The first color television sets go on sale for $1,175, and a year of discovery ends with Hugh Hefner publishing the first issue of Playboy magazine featuring a nude centerfold photograph of Marilyn Monroe and fascinating articles.