The Thanksgiving Holiday has many spiritual and political implications, but it is also a time for fun. 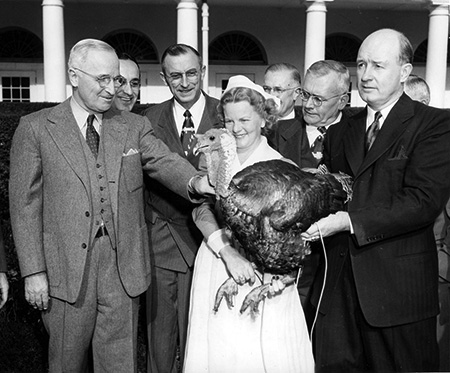 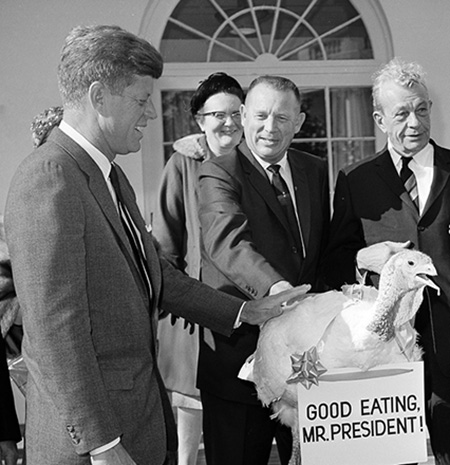 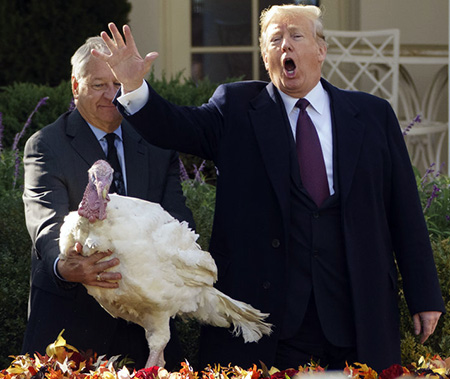 There is no direct record that turkey was on the menu when the Pilgrims shared the first Thanksgiving Feast with their Wampanoag neighbors. Plymouth Colony Governor William Bradford did send four men on a "fowling" mission in preparation for the feast to supplement the five deer which were killed for the event. The fowlers were successful, and the woods surrounding the Colony were teeming with wild turkey, but the hunters may just as likely harvested ducks or geese for the occasion.

Days of Thanksgiving had been declared by Presidents and the Congress on several occasions in the early Republic. Amid the Nation's most harrowing crisis, the Civil War, President Lincoln formalized the idea in 1863 by declaring the formalized national holiday falling on the last Thursday of November.

A few weeks later, Lincoln was involved in the White House's first turkey pardon. A bird was being raised on the White House grounds to be slaughtered for the First Family's Christmas dinner, but the President's son, Tad became enamored with the bird and made a plea for his life to be spared, which the President eventually granted.

After the War Between the States, farming became more industrialized. Rhode Island poultry farmer Horace Voss began presenting the White House turkeys from 1874 until his passing in 1913. The First Families did not always consume the Voss birds, but the poultry-man still used the White House connection as an important part of his marketing.

The fun tradition of Pardoning the White House Turkey is part of what is formally referred to as the National Thanksgiving Turkey Presentation. To support relief efforts in the aftermath of WWII, the Truman Administration began promoting "Meatless Tuesdays" and "Poultryless Thursdays". The National Poultry and Egg Board saw the (voluntary but widely ignored) prohibitions as an attack on their industry. After all, Thanksgiving was celebrated on a Thursday, and in 1947 both Christmas and New Years' fell on that day. The Administration tried to counter with "Eggless Thursdays" until it was pointed out that a prohibition on hen-fruit meant no Pumpkin Pie.

Documents in the Eisenhower Presidential Library indicate that the birds presented to the next administration wound up on the White House table. John F. Kennedy was presented a spectacular 55-pound bird on November 19, 1963, adorned with a sign around its neck reading "Happy Eating Mr. President". The President stated "we'll let this one grow" which the press reported as a pardoning, although Kennedy never used the term. Just days later, Kennedy was cut down by an assassin's bullet.

Nixon spared some of the turkeys donate to his White House. First Lady Rosalyn Carter arranged for the turkeys presented to her husband but no public ceremonies were held. As supposition swirled over whether or not President Reagan would pardon LtCol Oliver North during the Iran-Contra Affair, the President quipped a joke about pardoning a turkey to deflect attention, but this did not become part of the National Turkey Presentation.

The first time that a "presidential pardon" became a part of the Turkey Presentation came when a speechwriter inserted the phrase for George H.W. Bush. President Bush later said that whether the term used was pardoning, reprieve, or 'keep him going', it probably did not matter to the turkey as much as the fact that he did not end up on the Presidential Table.