There was no way for the GI's to come home for Christmas, so the Radio Networks tried to bring Home to the GI's. Take a magical sleigh ride back into World War II Christmas celebrations with this incredible collection of radio shows from every genre.

Choose your CD format
or order disks individually: Add to Cart Add to wishlist
Play a sample episode from December 28, 1941:

"Jack Benny Talks About the Christmas Party He Gave" 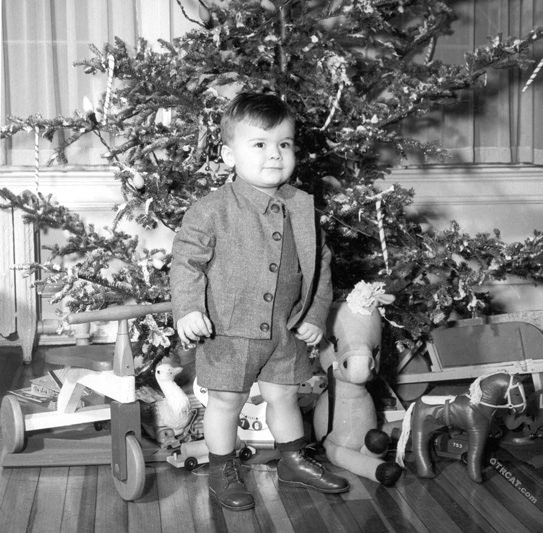 Take a magical sleigh ride into yesteryear with this Christmas collection: 49 assorted holiday-in-wartime radio broadcasts. It's an auditory bonanza of old time entertainment, studded with a little bit of everything: the madcap hilarity of comedians like Jack Benny and the duo Burns and Allen; carols from favorite crooners like Frank Sinatra and Bing Crosby accompanied by pieces from popular orchestras of the day; spiced with a little mystery, drama and horror for complex seasonal flavor.

After the first shots were fired near the end of July 1914 in what would be called "The Great War" (a.k.a. 'the War to End all Wars') the Armies of Europe rushed pell-mell into the fray with such ferocity that everyone was convinced that they would all be home with their families for Christmas. As we all know now, it was not to be. The stunning and glorious maneuvers of the early weeks of the War quickly degenerated into the stalemate of Trench Warfare. The rains and mud of Autumn and early winter prevented any possibility of attack, but the lines still had to be manned. 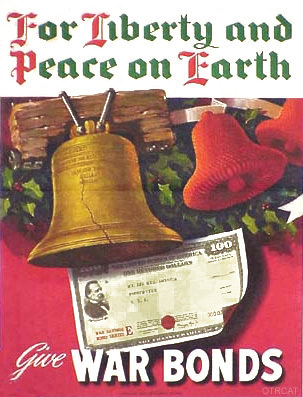 On December 7, Pope Benedict XV called on both sides to declare a cease-fire to allow for the Celebration of Christmas. The leaders of the belligerents in their capitols ignored His Holiness's suggestion, but conditions were different on the front lines. On Christmas Eve, troops in the trenches began raising their voices in song. When one carol came to an end, it was answered by a new chorus from an opposing trench.

On Christmas Morning, troops began emerging from their trenches to discover who they had been singing to all night. After a few tentative moments, while they established that they would not shoot one another, the troops for different countries began sharing their meager Christmas rations. Inevitably, soccer balls began appearing and friendly matches broke out all along the "No Man's Land" Zone between the trench lines.

The home front newspapers were delighted with the "Christmas Truce", but the Generals were beside themselves. How could they expect their troops to engage and kill the enemy after they had spent the day sharing chocolates and knocking a soccer ball about? Such a thing could not be allowed to happen again. Several more Christmases would occur before the Great War came to an end. Many historians would argue that the "War to End all Wars" simply continued until Hitler's forces crossed the border with Poland and open fighting began in another World War.

By the time America was drawn into WWII, the Generals were only too aware that they would not be able to send their troops home for the Holidays, so in the interest of morale, every effort would be made to bring home to the troops. Headquarters' Staffs in every theater of the War whose only concern had been ensuring that the "bullets, beans, and black oil" got to where it was needed now turned their efforts into making sure that every G.I., even those in the snowiest, loneliest foxholes on the front lines, would have a hot turkey dinner. 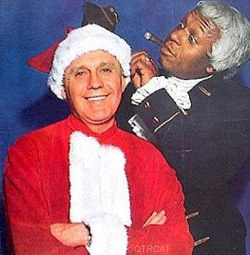 This led to sporadic turkey shortages on the Home Front, but there were enough empty places at Christmas dinner across the country that no one complained too much. For many youngsters who had grown up in the deprivations of the Great Depression, Santa was merely a happy legend but with the general economic boom brought on by the War, the Jolly Old Elf outdid himself.

This collection takes us on an audio sleigh-ride through what was on the air during the Second World War. Not only do we get carols from the greatest crooners, but we also get plenty of Christmas Cheer from the likes of Bob Hope, Fibber and Molly, Jack Benny, George and Gracie, and plenty of other funny folks. On a more serious note, leaders like FDR and Churchill send us Christmas messages to remind us of the important sacrifices the whole world is making in defense of Democracy.

You'll also hear important historical broadcasts which reflect the unique gravity of the times. Live radio addresses from FDR and Winston Churchill are reminders of the somber threads of war woven through the yuletide tapestry. Hear the poignant Christmas Eve broadcast announcing the tragic disappearance of musician Glenn Miller over the English Channel. These windows into history are a must-not-miss for classic radio fans and World War II buffs alike.