While the nation was working together to defeat the forces of Fascism and defend Freedom, there was still time to remember how important Christmas was for everyone.

Choose your CD format
or order disks individually: Add to Cart Add to wishlist
Play a sample episode from December 21, 1942:

Good times seemed to be just around the corner. Depression Era Recordings was finally drawing to a close, folks were getting back to work, and the War in Europe seemed so far away.  As December of 1941 opened, businessmen took to wrapping up in scarves for their commute to the office, moms made sure their children were bundled against the seasonal cold, and school kids began preparing to sing in their Christmas programs. 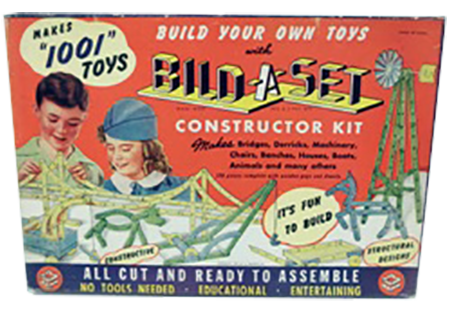 Many Americans were, in fact, following the news about the European War. There was concern that American Boys might be drawn into the fight as their fathers had been during the Great War. However, there was still hope that the men in Washington might keep us out of the fracas. What many people did not realize was that the European War was part of a global conflict and Uncle Sam would be drawn into it from the East.

On the Date that Lives in Infamy, the Empire of Japan made a sneak attack on the US Fleet on what was, until that moment, a peaceful Hawai'ian Sunday morning. The President called on Americans to mobilize for War, and Americans nearly universally rolled up their sleeves to win the conflict. Those already serving in the military found themselves restricted to their bases while those not in uniform began anticipating a draft notice.

As immediate as America seemed to respond to Pearl Harbor, this was 1941 and the US Military and the Nation's Industrial base were not prepared to jump directly into the fight. An editorial comment in Chicago's Star-Tribune stated that "We are the same people we were yesterday and yet we are different". Citizens National Bank took out an advertisement that "Nothing can take Christmas away from us". 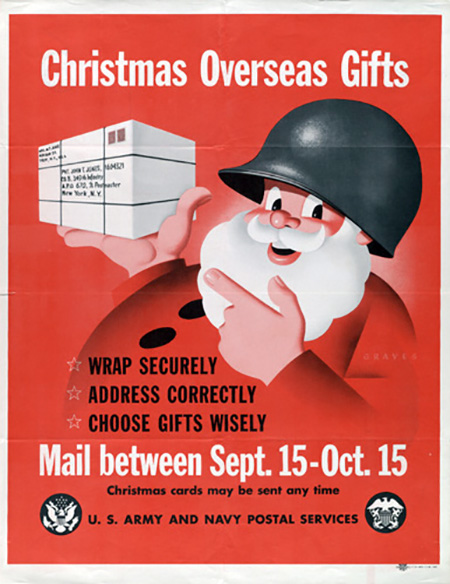 Christmas was less commercialized in the early 1940s than it is in modern times, and the concept of "Black Friday" would not arise until later decades. With the austerity of The Great Depression such a recent memory, most Christmas presents came in the form of practical items like clothes and treats like oranges and nuts. As the War progressed, higher incomes should have allowed parents to purchase more toys for their kids, but because materials were restricted for the War Effort toys made of metal were not available. One popular Wartime present was the Bild-A-Set construction toy, made from cardboard cutouts with an often military theme.

Those serving on the Frontlines were never far away from the hearts and minds of the Home Front. During the 1941 Holiday Season, when those already serving were largely restricted to their camps, Santa Claus donned a steel-pot helmet, mounted a Jeep, and visited the troops. The Jolly Old Elf was joined by several Hollywood celebrities, many of whom shared their exploits over the Radio waves with Mom and Pop at home.

Perhaps the hardest part of life on the Home Front was worrying about how things were going on the actual Front Lines. If there was not someone from your own household in uniform, it was a good bet that someone in your circle of friends or neighbors did. The second Christmas of the War, 1942, had Americans glued to their Radios as their Boys fought at Guadalcanal, New Guinea, and Tunisia. During the 1943 Holidays, there was action in the Pacific and the Invasion of Italy. The end finally seemed to be nearing by the 1944 Holidays, half a year after D-Day and while our Boys were taking back the Philippines.

War Time Christmases may have influenced the current "Black Friday" early shopping culture. The economic boom created by the War meant that Americans had more money to spend on Presents, even if the selection was limited. Naturally, it was important to send a token of affection to the Boys serving overseas, but getting the package to them on time through the Military Postal Service meant mailing it by mid-October. That meant early Christmas shopping, which would become the cornerstone of Black Friday sales.