Award winning music education radio show, presenting not only performances but discussions of musical theory as well as introducing both classical and popular music forms such as Jazz and folk.

During October of 1928, in the classrooms of 72 schools in the Washington, Oregon, and California, radios began tuning to stations of NBC's Pacific Network (the Orange Network) to hear The Standard School Broadcast. At a time when the mass communication potential of radio was in its infancy, this bold experiment must have been a wonder to the students. Predating CBS's The American School of the Air (which began broadcast on February 4, 1930), it is considered the first educational radio program in the United States. 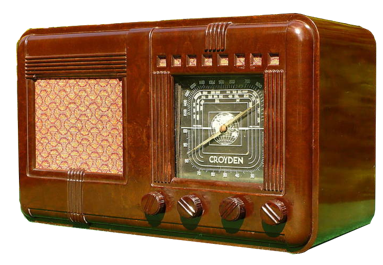 Sponsored by the Standard Oil Company of California, the series was widely praised as a medium of music education, presenting not only performances but discussions of musical theory as well as introducing both classical and popular music forms such as Jazz and folk. Standard Oil was recognized by the Peabody Institute Awards in 1948, and again in 1975 for "47 years of continuous educational radio service".

In addition to the award-winning music education, in the producers put together a series of forty half-hour broadcasts titled Our Nation's Heritage. These were not dry "battles and dates" history lessons that the kids would have gotten from textbooks. The episode which reported the signing of the Declaration of Independence explored more than the document itself and took a close and personal look at the members of the Continental Congress through the eyes of delegate Benjamin Franklin. "Pre-Columbian Era" looked at the Indians who crossed from Asia on the Bering Sea Land Bridge but expanded the report to include landings in North America by the Phoenicians, the Chinese, Leif Erickson, Ireland's St. Brendan and others. The penultimate episode was "The Sounds of the Sixties", which may have felt too recent to be "history" to the students who heard it originally, but is especially poignant now more than four decades down the line.

Vinyl recordings of Our Nations Heritage, along with teaching guides, were made available free of charge to elementary and junior high schools free of charge between 1970 and 1973. They make for an interesting look at the attitudes of America towards its history before "the great National Malaise" that followed the Watergate Years.