An entertaining and educational introduction to an industry and science that shapes every aspect of our modern society.

Choose your CD format
or order disks individually: Add to Cart Add to wishlist
Play a sample episode from February 07, 2052:

We hear daily how oil drives the industrial economy and international politics. However, too many people, the only direct contact they have with the Petroleum Industry is the "ten feet of hose" they use to fill their cars with gasoline or perhaps the engine lubricant that needs to be changed as part of the regular automotive maintenance cycle. 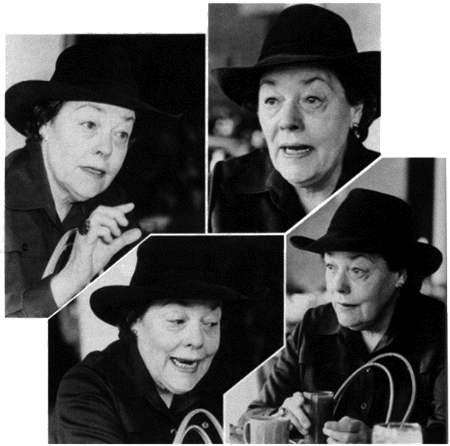 To Joe and Mary Daily Driver, that seems like all they need to know about the petroleum industry, ignoring how that magical black substance is brought out of the ground and to their local service station, let alone the myriad of other beneficial uses of petroleum. However, the petroleum industry has a rich and fascinating history which is presented in the syndicated educational radio series, Romance of Oil.

The series was written by Ruth Sheldon Knowles, who grew up in Tulsa, Oklahoma, the daughter and granddaughter of oilmen and who would go on to marry a wildcat driller. Educated at Smith College in Massachusetts, she began her career at the Society Desk of the Tulsa Tribune and worked her way into more serious journalism. The government of Mexico hired her to write travel reports and in 1941 went to work for the Department of the Interior, working for Secretary Ickes as a staff petroleum specialist before moving to the Petroleum Administration of War. Ms. Knowles wrote several books about the petroleum industry. While working as a war correspondent she was "adopted" by Army Green Berets a was recognized as an honorary member of the Special Forces.

Romance of Oil: The Story of an Industry is an eight-part series of quarter-hour syndicated programs that explore several facets of the Oil Industry. The dramas are introduced with a short scene at a local service station where the attendant recommends that drivers learn more about what happens beyond his "ten feet of hose". The first program, "The Story of an Industry", looks at refinery operations. Next is "Drilling", following a team of drillers on a Montana mountainside who find, like nine-out-of-ten wells, a dry hole. Third is "New Method to Drill" explores how geologists learned to use sensitive gravity detectors to find salt domes that hid oil beneath the ground.  "Locusts" is the fourth program in the series and tells of using petroleum-based insecticides to prevent famine in the Middle East. The War-Time need for a pipeline connecting the Texas oilfields with the Eastern seaboard is demonstrated in "Pipeline". Episode six, "Gasoline and Automobiles" shows how a waste-product at the turn of the century combined with a mechanical novelty to reshape American culture. "Using Water to Increase Yield" looks at the technique of water injection to retrieve more oil from the wells, and finally, "Mechanization of Farming" profiles the way the modern tractor allows American Farmers to produce more food with less labor.

When Romance of Oil was recorded in 1952, coal was still the primary energy source for American Industry, but petroleum was on pace to surpass it. Offshore drilling was still in its infancy and the rise of OPEC and the discovery of the North Sea oil reserves were still in the future, not to mention the "fracking" revolution which would reassert the dominance of American Oil in the 21st century. However, far from being outdated, Romance of Oil is an excellent primer of an industry that continues to shape our world.