Choose your CD format
or order disks individually: Add to Cart Add to wishlist
Play a sample episode from March 01, 1948: 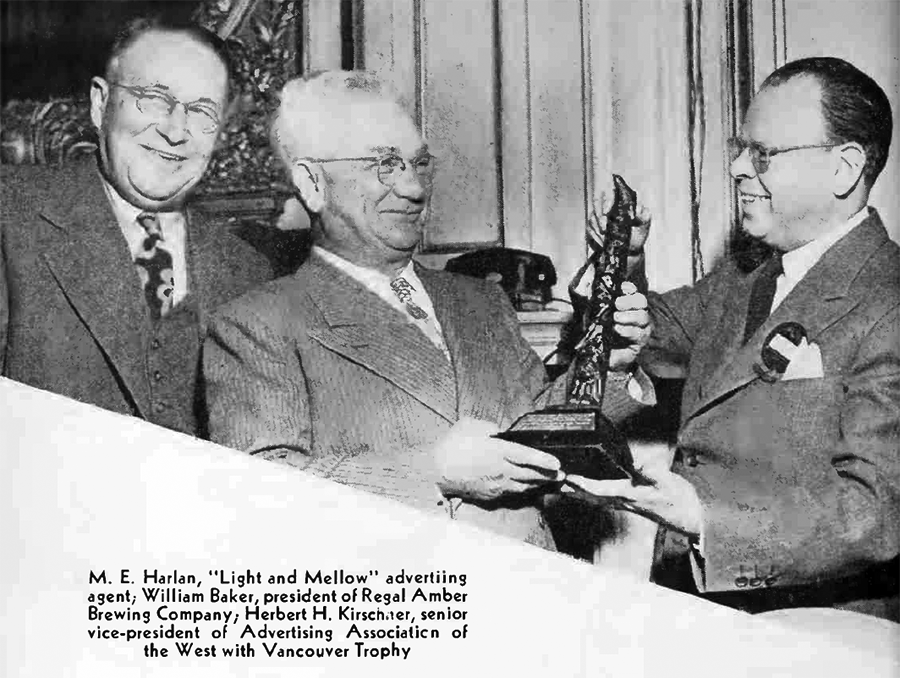 For generations, historians have supposed that the Cradle of Civilization, that region of the Near East known as the Fertile Crescent (as well as the Nile River Delta) grew thanks to the invention of agriculture and the growing of cereal grains. The seeds of these grasses, notably barley and wheat, would have been ground into flours and when mixed with water to form a dough and leavened with wild yeasts, could be baked into the bread which became a dietary staple of civilized peoples.

Recently discovered archeological evidence reinforces the importance of cereal cultivation and the actions of wild yeasts still remain, but baking bread seems to have been an after-thought to a more popular product, namely, the brewing of beer.

Beer was a more desirable product in early civilization for many reasons. Although a relatively complex process, making beer in quantity is a simpler one than baking a large quantity of bread. Even though the growth of civilization made life easier, the standard of living for a typical working man was still a tough one, and beer went a long way towards making life a bit happier.

The brewer's art has developed over the years. In general, all beers are made from water, grain sugars, hops, and yeast. The addition of hop flowers to a brew adds flavoring as well as helping to preserve the beer from spoilage and the yeast digests the sugars, forming carbon dioxide gas and alcohol. There are generally two styles of beer; ales and lagers. Ales are thought to be easier to brew, using Saccharomyces cerevisiae, a "top-fermenting" yeast that thrives at temperatures between 60 and 75 degrees Fahrenheit, whereas lagers ferment between 35 and 55 degrees Fahrenheit thanks to Saccharomyces pastorianus.

Most popular American beers are lagers, and while they can be a refreshingly cold drink on a hot summer day, some educated drinkers find them watery and uninspiring in comparison to richer European brews. However, flavorful ales have a long history in America, especially in Northern California.

San Francisco's Regal Pale Brewing Company opened its doors in 1917 at 675/677 Treat Ave in the Mission District. By the 1930s, it was California's seventh-largest brewery, and their signature product was regal Pale Ale, a flavorful brown beer. After the Second World War, regal began selling its products in lined steel cans. Before the War broke out, the brewer began sponsoring The Light and Mellow Show on NBC's West Coast affiliate, KPO San Francisco.

Light and Mellow was formed around the singing talents of Armand Girard. As one of Canada's leading choral performers, Girard's father started him early in vocal training, and Armand made his first radio appearances in his native Kansas in 1927. In the early 1930s, he lent his rich baritone voice to the Coca-Cola program from New York before moving to San Francisco.

Girard's defining gig would be Light and Mellow, which featured Albert White or Tony Freeman conducting the Regal Orchestra and Whistling John Schueller. "Her Regal Highness" Lois Hartzell acted as a feminine counterpart to Girard, and the show repeatedly made predictions that Ms. Hartzell would someday join the Metropolitan Opera Company (Lois became a regular with the San Francisco Opera, retiring from the stage in 1972; she passed away in her native Seattle in 2007 at the age of 96).

Mr. Girard succumbed to a sudden heart attack at his summer home in Sonoma County in July 1953. He was 57.

The music of The Light and Mellow Show ran from pop tunes to folk music to operatic and was presented in a manner that was as refreshing as a sparkling cool glass of Pale Ale at the end of a long day. 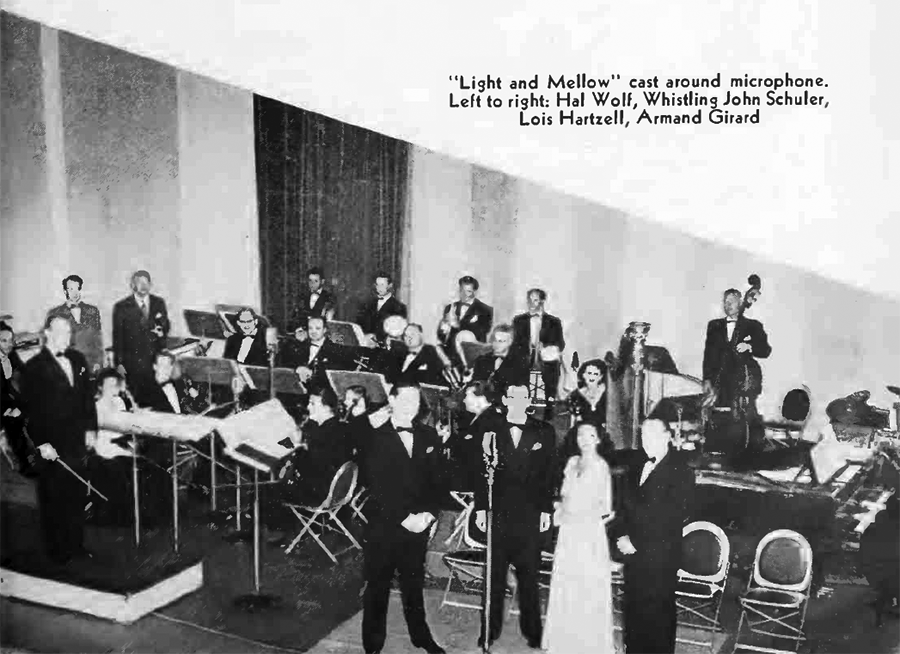