The Enchantment of Music

Classical music was a staple programming choice on Armed Forces Radio and Television Services broadcasts and became rather popular during the 1950's.

Choose your CD format
or order disks individually: Add to Cart Add to wishlist
Play a sample episode from April 24, 1964:

"Light Classic music from California, designed for pleasant listening to melodies of the Masters, Old, and New" 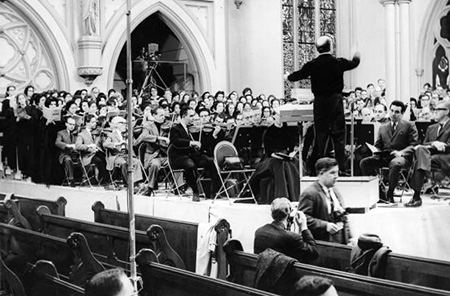 During the Cold War Period between the Korean War Armistice in July 1953 and the 1964 Gulf of Tonkin Resolution (which signaled the escalation of American military involvement in Southeast Asia), thousands of young men were conscripted into military service. Although the number of draftees would be significantly lower than there had been during Korean War, or later during Vietnam, for every soldier answering the draft, an estimated three to four others 'volunteered' to avoid being drafted. There was a perception that draftees would get stuck with the most menial, dirty, and dangerous jobs in the military, while a volunteer was more likely to receive advanced technical and administrative training, and more importantly, should a shooting war break out, draftees would fill the front lines while volunteers were "in the rear with the gear".

President Eisenhower's doctrine of "Massive Retaliation" increased emphasis on air- and nuclear-power, and this rise in machine warfare fueled the need for technically trained enlisted personnel. This also led to a huge number of young, well-trained veterans who were hitting the coming home at the prime of their lives, usually with at least some money in their pockets. Two signs of a recent veteran were a complicated Japanese camera (and often endless slide shows of the exotic places they visited while serving) and an even more complicated HiFi rack stereo system purchased at a deep discount through the Post Exchange.

Advances in high fidelity sound reproduction were occurring at a fairly constant rate ever since Thomas Edison developed the phonograph and telephone technology came out of the labs of Alexander Graham Bell. Conductor Leopold Stokowski and the Philadelphia Orchestra assisted with some experiments at Bell Laboratories in the Thirties involving recordings of performances over telephone lines. Advances in electronics, many developed for WWII technological advances, began to trickle down to hobbyist audiophiles and their developments were adopted by high-end stereo manufacturers. Systems using this new technology were available to servicemen through the Exchange system, but being too big to keep in a barracks, often found their way back to Mom's house where younger brothers and sisters would enjoy them.

Classical music was a staple programming choice on Armed Forces Radio and Television Services broadcasts and became rather popular considering that most G.I.s would have had little or no exposure to "long-hair" music before entering the service. A terrific introduction to classical music came from The Enchantment of Music program originating from Southern California. 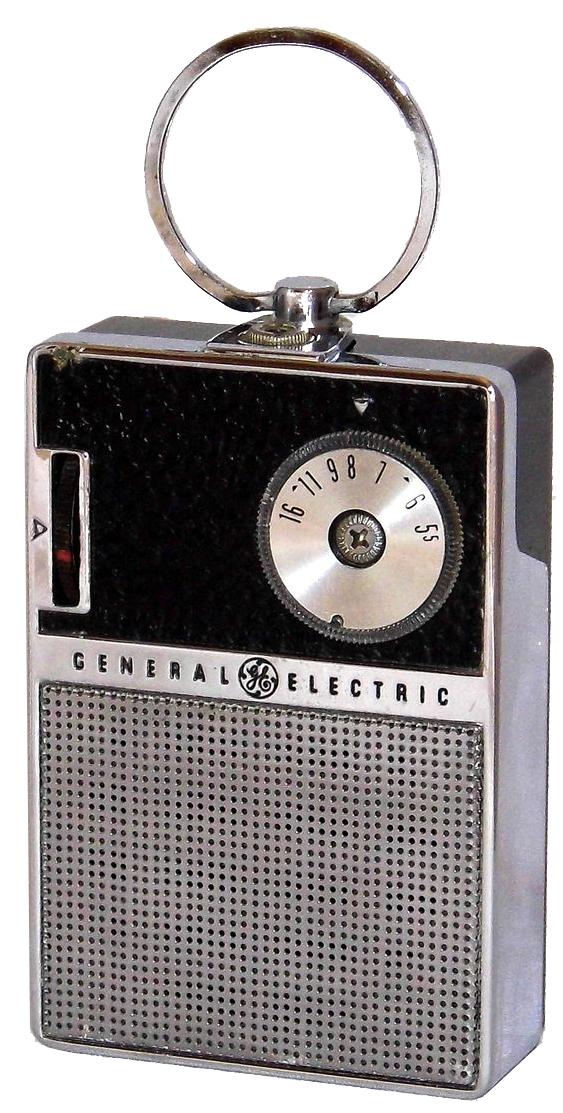 98.7 on the FM dial was occupied by KMGM, a station run by the Metro-Goldwyn-Meyer movie studios beginning in 1948, but since the studio had no real use for an FM station, it was shut down in 1953. The following year, the station, studio, and all of its broadcasting equipment were purchased by Art and Jean Crawford, owners of Crawford's of Beverly Hills Record and HiFi Store on the soon-to-be exclusive Rodeo Drive. The newly-christened KCBH featured a classical music format and presented high fidelity stereo broadcasts at a time when no one really knew what to do with FM radio.

The Enchantment of Music was a collection of concerts of "Light Classic music from California, designed for pleasant listening to melodies of the Masters, Old, and New". Recordings of the Royal Philharmonic Orchestra, the French National Radio Orchestra, the Cincinnati Pops, the Detroit Symphony Orchestra, the Boston Pops, The Capitol Orchestra, and several others were featured on the program.

AFRTS considered the content of The Enchantment of Music to be "dinner music", but the dramatic and beautiful melodies are perfect accompaniment for many occasions.