A life-long member of the LDS Church, Laraine Day was an MGM beauty who later did baseball commentary with her then husband Leo "the Lip" Durocher.

Choose your CD format
or order disks individually: Add to Cart Add to wishlist
Play a sample episode from December 03, 1944: 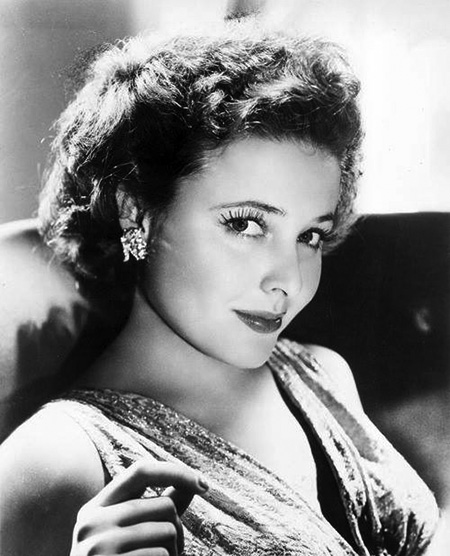 Can you imagine having so many pretty girls to choose from that you couldn't possibly use them all? That was the situation faced by Metro-Goldwyn-Mayer Studios during the greater portion of the Golden Age of Hollywood. Whether it was a happy situation for MGM is hard to say, it was certainly a profitable one. 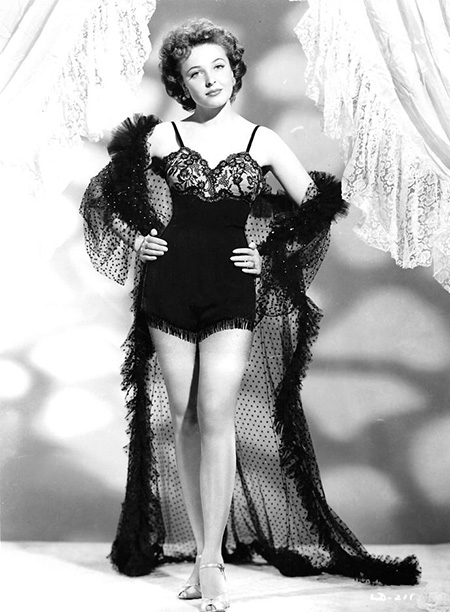 As the biggest and most profitable studio in town, MGM seemed like the place to be in a town which was already overflowing with pretty girls. Unfortunately, being a pretty girl in MGM's "stable" was a guarantee of a paycheck, but not necessarily of Stardom. Rather than a sense of having "made it" when they landed a contract with MGM, a number of Starlets would have probably been better off steering clear of MGM and signing somewhere else. Pretty Laraine Day is a case in point.

A Utah native born Laraine Johnson in 1920, she was the seventh of eight children, including her twin brother Lamar, in an affluent Mormon family. They came from pioneering Mormon stock, her great grandfather, along with three of his six wives and a few dozen of his 52 children, left Utah to become an early pioneer family in the San Bernardino, California, region. Her own father had been a "Mormon Paul Revere" at the age of 15, riding into the night to warn polygamists to hide their wives when Federal Marshals were in the area.

When Laraine was nine, her father followed the clan to San Bernardino before moving on to Long Beach, California, where she attended Washington Junior High School and Polytechnic High School. She got her first taste of acting as part of the Players Guild of Long Beach and had her first exposure to movie work as an extra in Barbara Stanwyck's Stella Dallas (1937). She went on to work in B-Westerns at RKO before signing with MGM in 1939.

The first thing MGM did was give her a new name (they already had a Rita Johnson under contract). She was placed as Nurse Mary Lamont, Lew Ayres' love interest in Calling Dr. Kildare (1939), the second of the Dr. Kildare series. Laraine appeared in seven of the films before her character was killed off in Dr. Kildare's Wedding Day (1941). Miss Day was given more challenging and stimulating work when she was loaned to other studios, including the Irish melodrama My Son, My Son (1940), and opposite Joel McCrea in Hitchcock's thriller Foreign Correspondent (1940), both for United Artists, and receiving top billing in the psychological thriller The Locket (1946) for RKO. 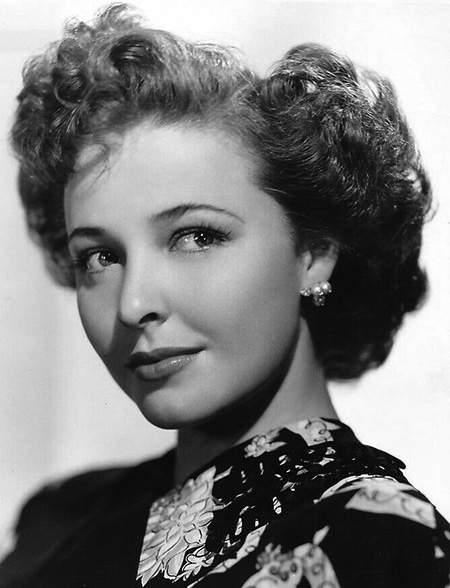 Laraine married singer-turned-airport-executive James Hendricks in 1942. The couple adopted two children, but Laraine sued for divorce on the grounds of "mental cruelty" in 1946. Hendricks fought the divorce, accusing Brooklyn Dodger's manager Leo "The Lip" Durocher of "dishonorable and ungentlemanly conduct with his wife" while posing as a family friend. Day was granted an interlocutory divorce on January 20, 1946, which required her to wait one year before remarrying.

She didn't. On January 21, she traveled to Juarez, Mexico, where she got a second divorce decree and the same day married Durocher in El Paso, Texas. "Lippy" Durocher was 15 years senior to his new 26-year-old bride (the third of his four wives). Married to one of the most colorful characters in the game, Laraine built a reputation as "the first lady of baseball", and appeared in a number of forums with Leo, talking about the Giants and baseball in general. Through Durocher's stories, she came to appreciate baseball not as a game of statistics, but one of "blood and tears". However, after divorcing Durocher in 1960, she claimed to have never really liked baseball. "Once the relationship was over," she intimated, "so was my relationship with baseball." Despite the divorce, Day and Durocher remained on friendly terms for the rest of his life.

In 1961, Laraine married TV producer Michel Grilikhes, and the couple had two daughters. Laraine cut back her work schedule to raise her children, occasionally appearing on television in matronly roles and rarely appearing on the big screen. Laraine Day remained a member of the Church of Jesus Christ of Latter Day Saints throughout her life and was known around Hollywood for never drinking alcohol, coffee, or tea, smoking, or swearing. With Grilikhes, she helped to establish the Polynesian Cultural Center, which has become one of the most popular tourist attractions in Oahu, Hawaii, owned by the Church of Latter Day Saints.

Laraine and Michel remained married until his death in March 2007. She moved back to Utah to be with her daughter after his passing, and she passed away on November 10, 2007, at the age of 87. A Star on the Hollywood Walk of Fame at 6676 Hollywood Blvd is dedicated to honor Laraine Day's contributions to Motion Pictures. The Star is in front of The Blue Stone clothing store.