Kay Francis Collection: A super-Star in the early 1930's and one of the highest paid people in show business, Kay Francis's films were far from classics and she was largely a forgotten figure after the War.

Choose your CD format
or order disks individually: Add to Cart Add to wishlist
Play a sample episode from March 17, 1940: 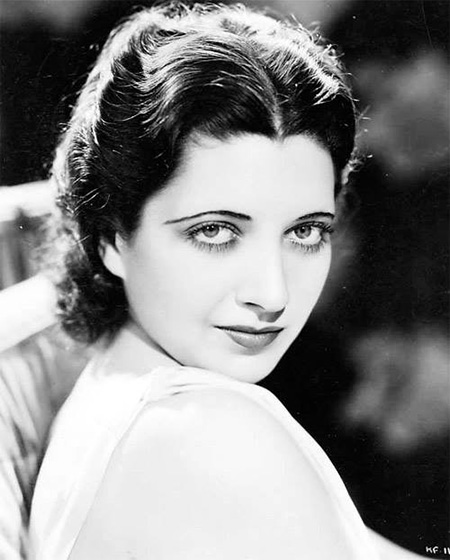 Fame is a notoriously fickle concept, especially in the notoriously fickle world of Hollywood. Some Stars achieve "overnight success" after years of hard work while others seem to step directly from the train platform to top-billing in important Grade A pictures. Still others work their way to the top, choosing the right projects at the right time while getting the right breaks when they need them.

The fall from fame can be just as interesting to study. Some of our most beloved Stars gain immortality by dying long before their time and others seem to simply fade away. Some apparently self-destruct, unable to deal with the pressures of fame, and others are deliberately destroyed by others over some slight, real or imagined.

Despite the popular culture theory that everyone gets to enjoy their 15-minutes of fame, only a few will get the opportunity to truly shine from the pinnacle of fame. No matter how brightly they shine or how long they are on top, sooner or later they will all be replaced at the top.

For a time in the Thirties, Kay Francis was not only the top paid actress in Hollywood, she was receiving one of the highest paychecks of anyone in America. Today, however, she is largely forgotten except by dedicated fans of cinema. This may have been Kay's plan all along. While other Stars were building a legacy, she was quoted as saying "I can't wait to be forgotten".

Born Katherine Edwina Gibbs in Oklahoma City, 1905, during her rise to fame many publicists assumed she was related to the founder of the Katherine Gibbs College vocational schools. In fact, her mother was a Canadian stage and vaudeville actress named Katherine Clinton Francis and her father was Joseph Gibbs, a tall man who disappeared from Kay's life when she was four-years-old. Young Kay was often on the road, following her mother's career, and attended Catholic schools whenever their domestic situation (and finances) allowed it.

In 1922 (while attending the Katherine Gibbs Secretarial College), 17-year-old Kay married well-to-do businessman James Dwight Francis. In less than two years she was tired of him and went to Paris to gain a divorce, setting a pattern as a "predatory divorce'". While in Paris she took up with Boston attorney Bill Gaston. After their marriage, Gaston returned to Boston, but Kay spent most of her time in New York where she worked to follow her mother's path on the stage. Her Broadway debut came in 1925 in a small role in a modern-dress version of Hamlet. She began touring the Midwest with a stock company where she played "wise-cracking secretaries, saucy French floozies, walk-ons, bit parts, and heavies." 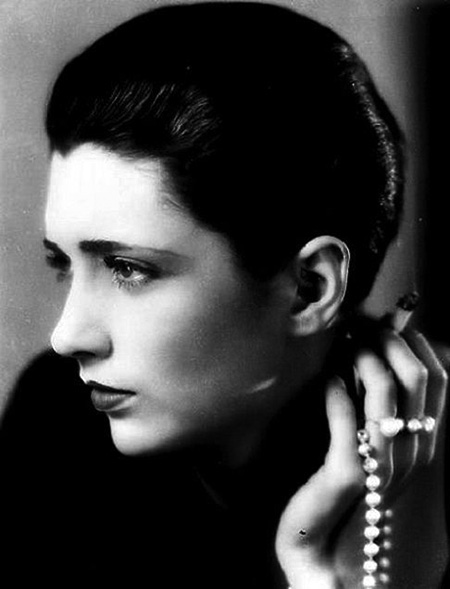 Kay returned to Broadway for a supporting role in Crime (1927). It was generally agreed that even though she was not in the lead, she stole the show. She also divorced Gaston and began looking for her next conquest. Professionally, it was the play Elmer the Great (1928) starring Walter Huston. Huston was so impressed with Kay's talent that he encouraged her to take a screen test for Paramount's Gentlemen of the Press (1929, shot at Paramount's Astoria Studios and starring Huston). She won the part and was also featured with the Marx Brothers in The Cocoanuts (1929).

In a classic case of being in the right place at the right time, Kay was caught up in the movie industry exodus to from New York to Hollywood. She signed with Paramount and made 21 films between 1929 and 1931. Interestingly, although Hollywood was desperate for stage-trained talent for the growing demand for talkies, Kay had a speech impediment which made her R's and L's come out as W's. She was nicknamed "Wavishing Kay Fwancis". The screen pairing of Kay and William Powell was very popular, and they made a total of six pictures together, including One Way Passage (1932). She followed him to Warner Bros in 1932.

From 1932 until 1936, Kay was "the queen of the Warner Bros lot", and several films were set up as vehicles for her. Usually, Warner's put their budget into lavish sets and costumes rather than scripts, and Kay was set up as a clothes-horse. Her dark beauty and sense of chic made her popular with female audiences, but the films tended to be rather forgettable. She began to resent being cast in such light-weight far, and feuded with studio management over it, which resulted in her being cast in even less desirable roles. Unlike other starlets who refused such projects, Kay continued to work in the undesirable roles, further damaging her career and reputation. In 1938, the Independent Theatre Owners Association listed her along with Greta Garbo, Joan Crawford, Fred Astaire, Mae West, Katherine Hepburn, and others as "box office poison" in a full-page ad in the Hollywood Reporter, complaining that the list contained actors "whose dramatic ability is unquestioned but whose box-office draw is nil." 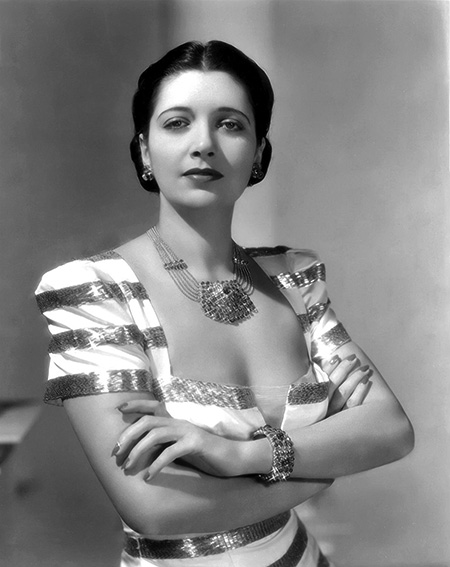 Other Stars were able to overcome the "box office poison" label, but Warner's used it as an excuse to release Kay from her expensive contract. Kay's friend Carole Lombard insisted that she be cast with Lombard and Cary Grant in 1939's In Name Only, which gave her the chance to do "some serious acting". As a freelancer, Kay was willing to take more character roles, often as the mother to up and coming starlets like Deanna Durbin.

When the War came, Kay immersed herself in volunteer work with the USO. She was featured heavily in the book written by fellow volunteer Carole Landis, Four Jills in a Jeep (1944), and received top-billing over Landis in the picture based on the book. Despite the success of the book and the film, Kay could not find work after the War and was forced to sign a three picture deal with "Poverty Row" studio Monogram Pictures. She retired from show business after being severely burned by a radiator in 1948.

Kay Francis was diagnosed with breast cancer in 1966 and underwent a mastectomy, but the cancer had already spread. With no living relatives, she made arrangements for a large portion of her estate (more than $1,000,000) to go to an organization which trained seeing-eye dogs for the blind. Upon her passing in New York City on August 26, 1968, at the age of 63, she was immediately cremated and her ashes scattered.

One of the few memorials to Kay Francis is a Star on the Hollywood Walk of Fame at 6766 Hollywood Blvd, awarded to honor her contributions to Motion Pictures. The Star lies in front of the Guinness World Records Museum, a location shared by Edgar Bergen's Star for Motion Pictures.