The marquis on the 56-foot high sign in front of Sands Hotel on the Las Vegas Strip said a lot about the state of Cool in America as well as the importance of big name entertainment. In huge letters: "DEAN MARTIN – MAYBE FRANK – MAYBE SAMMY". It was September of 1963, the height of Kennedy's American Camelot. Even though Dean Martin was redefining himself in the era of Rock and Roll, the Rat Pack embodied cool, not just on The Strip, but across America. However, Dean Martin would have been hardly a footnote in the Entertainment industry, let alone a leader of the Rat Pack, if he had not met and befriended a little guy by the name of Jerry Lewis.

Jerry Lewis and Dean Martin first met and became friends in 1946 when they were both appearing at the Glass Hat club in New York. Both men were 4F, although Martin had been drafted in 1944 and served for a short period before being discharged for a double hernia (Lewis had a heart murmur). When they met, Lewis's act consisted mostly of miming the lyrics to popular songs on a phonograph while Martin was a fairly typical if charismatic crooner, very much like his friend Frank Sinatra (whom he met while flopping at the Riobamba Club in 1943). 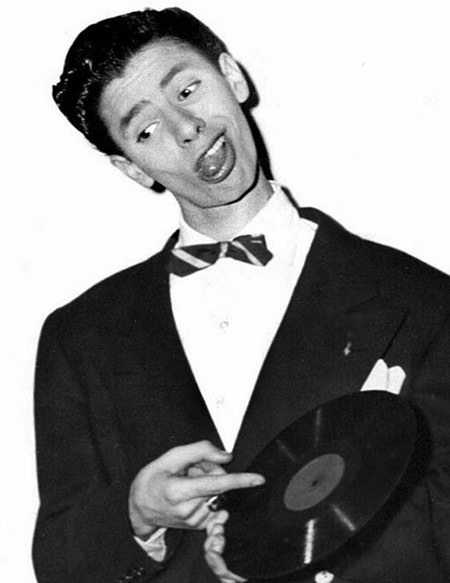 Martin and Lewis began helping with each other's acts at the Glass Hat, but they were first billed as partners at the 500 Club in Atlantic City on July 24, 1946. They put together a pre-scripted act which bombed. Club owner Skinny D'Amato warned them that if they didn't come up with something better for the second show of the night they would be fired. After a quick meeting backstage they agreed to "go for broke" and began improvising. Dean sang while Jerry acted like a bus boy on the club floor, loudly dropping and interrupting the crooner's numbers. They pulled a few Vaudeville gags and ended the performance with Martin chasing Lewis from the room while pelting him with bread rolls.

Jerry Lewis was born Joseph Levitch on March 16, 1926, in Newark, New Jersey. The "phonograph act" that he was using when he met Dean Martin had been developed at the age of 15 while he worked with his parents in the Borscht Belt of the Catskill Mountains. Daniel Levitch, who performed as Danny Lewis, was a popular Emcee, and his mother Rachel was a piano player. The youngster began performing as Joey Lewis but adopted the name Jerry to avoid confusion with the heavyweight boxing champ or comic Joe E. Lewis.

As a young man, Jerry was noted for the same hijinks and insanity of his stage act. He dropped out of school in the tenth grade and was known to pull pranks in his neighborhood like sneaking into neighbors' kitchens and stealing fried chicken or freshly baked pies.
The Martin and Lewis partnership skyrocketed to success. They were making $150-$175 per week when they started at the 500 Club, a year later the team was getting paid $30,000 per week at the Copacabana Club and they had their own radio show on NBC. They made their movie debut in My Friend Irma (1949). The film was based on the characters from Marie Wilson's radio program, but Martin and Lewis stole the show and got even more screen time in the sequel, My Friend Irma Goes West (1950). 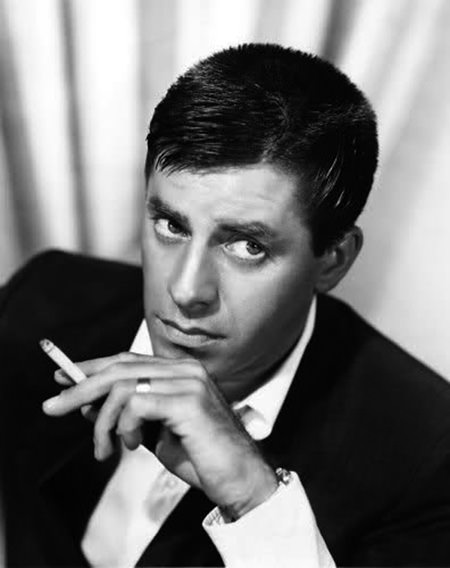 Much to Dean's consternation, in the match-up or the Clown and the Crooner, the Clown had more lasting appeal. Being a straight-man is a thankless job, and in time Martin tired of constantly being upstaged. The final straw came when Look magazine shot the team for a cover photo, when the issue hit the stands Martin had been cropped out of the picture. He stuck around long enough to finish their movie contract, but the team officially broke up on July 25, 1959, exactly ten years after they teamed at the 500 Club.

Jerry extended his contract with Paramount and established himself as a solo comedian with efforts like Geisha Boy (1958) and Cinderfella (1960). Lewis took an interest in filmmaking and produced Cinderfella. When the film's release was pushed back to Christmas 1960, the studio found they had a hole in their summer lineup. Lewis was under contract to make the film, so he decided to direct The Bellboy. The film was shot for a low budget at Miami's Fontainebleau Hotel with Jerry shooting during the day and performing at the hotel in the evenings. Lewis went on to co-write and direct a number of films, including The Nutty Professor (1963), a spoof of Dr. Jekyll and Mr. Hyde.

Beginning in the 1950's, Jerry began hosting Telethons in support of the Muscular Dystrophy Association. Jerry Lewis's Thanksgiving Party for MDA transformed to The Jerry Lewis Labor Day Telethon in 1966, and Lewis hosted the event until 2009. The annual 23 ½ hour event raised $2.4 billion for muscular dystrophy research. Reduced donations resulted in a major reformatting and greatly reduced air time in 2011, and Lewis left the show. In 2015, MDA announced that it was abandoning the Telethon altogether, noting the viral success of the ALS Ice Bucket Challenge during the summer of 2014.

After splitting from Lewis in 1959, Dean Martin went on to establish himself as a serious movie actor with films like Rio Bravo (1959), Ocean's 11 (1960), Robin and the 7 Hoods (1964) and The Sons of Katie Elder (1965). His recording career took off with his Rat Pack association, and in 1976 Sinatra quietly arranged for Martin to make a surprise appearance on the Labor Day Telethon. Martin and Lewis remained close until Dean's death from lung cancer in 1995. In 2005, Jerry published a memoir titled Dean and Me: A Love Story.

Jerry has had a number of health issues through the years, including cardiac concerns dating back to his rejection from the armed services in WWII. In 1965, he fell off a piano at the Sands Hotel, injuring his back. The injury left him addicted to Percodan for 13 years. He has been treated for diabetes, prostate cancer, hypoglycemia, pulmonary fibrosis as well as for heart disease. He is  90 in 2016. 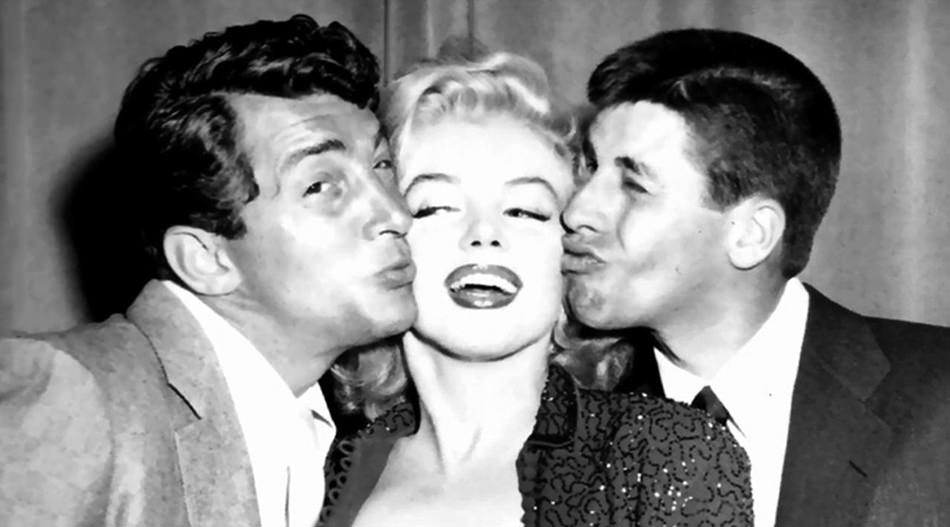