One of the most popular stars in classic films, all eyes were on her violet eyes through her lucrative career in show business. 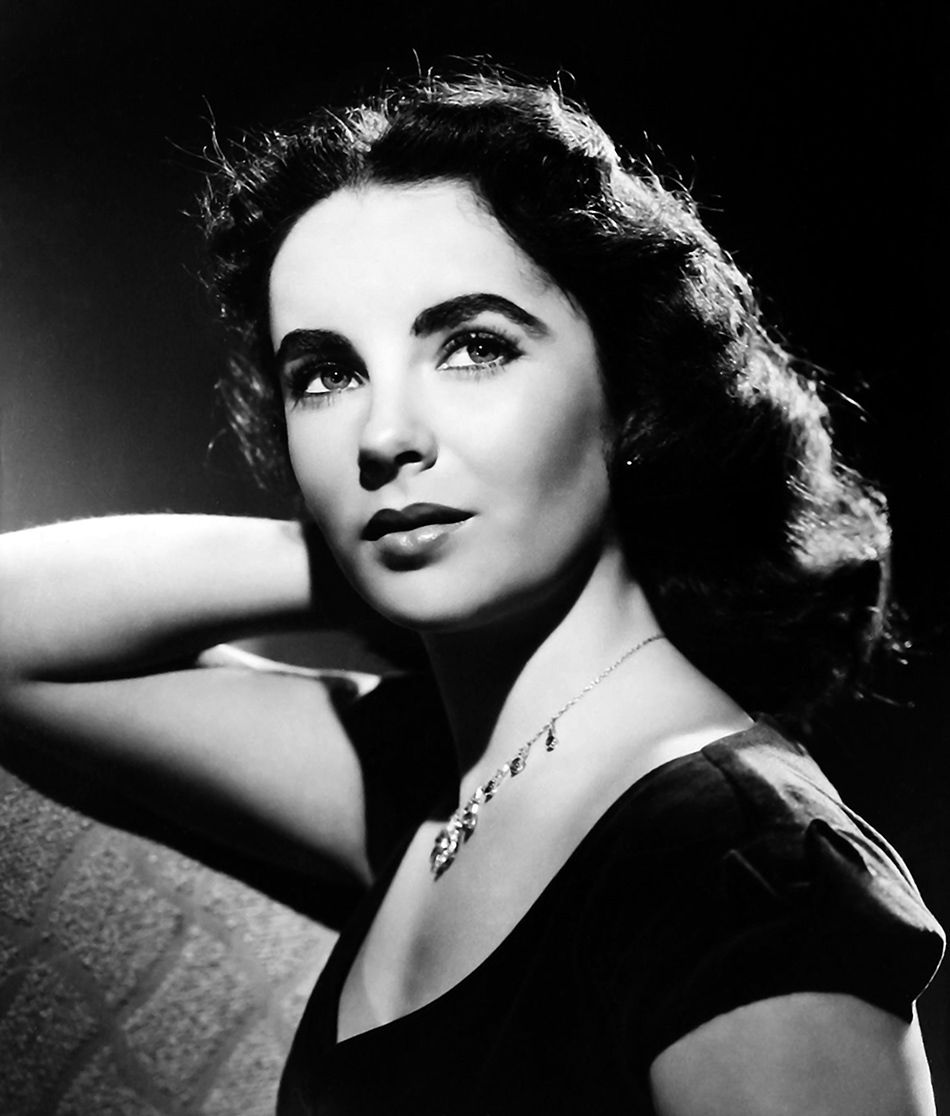 The American Film Institute called Dame Elizabeth Taylor, DBE, the seventh Greatest Female Screen Legend of All Time. In her sixty-year showbiz career, she was never out of the spotlight. She was one of Hollywood's most bankable stars, and even when her films were not knocking over the box office the public still clamored for news about the beautiful and glamorous lady who helped to define the Jet Set. As the former child actress matured into a serial bride, the trendsetter helped to define what it is to be a celebrity. 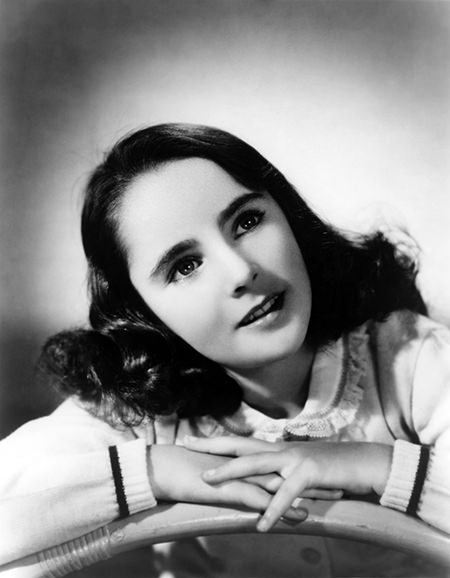 Liz was born in London, 1932, to American parents who had opened an art gallery in Hampstead Garden. The Taylor's returned to the U.S. as War clouds began to gather over Britain after receiving warnings from Ambassador Joseph Kennedy and indirectly from Winston Churchill through a family friend. Since the Taylors managed to maintain their upper-class status through the ravages of the Great Depression, it was natural that they would open a new gallery in Los Angeles. One of the visitors to the gallery opening was an executive at Universal, and one of Liz's school chums was an exec at MGM. Both studios' offered the pretty girl a contract, and while Liz wanted to go with MGM, her business-minded mother thought Universal would be a more lucrative fit.

Universal put her in a single film, a walk-on role in There's One Born Every Minute (1942), but the studio's casting boss complained that the child actress didn't look like a child and dropped her contract. MGM was happy to snap Liz up and put her in Lassie Come Home (1943) with Roddy McDowall. The film required an actress with an English accent, but since it was shot in Technicolor, audiences got to see Elizabeth's stunning violet eyes for the first time. MGM used her in uncredited roles in a couple of more pictures set in Britain, her breakout role was in National Velvet (1944). According to Hollywood legend, the studio had been holding the picture until they could find an actress who was convincingly British and could ride horses. Liz fit the bill, but when she started with MGM she was still too short to play the part, so production was pushed back for several more months to allow her to grow into the role (and practice riding).

The studio controlled almost every aspect of teenaged Elizabeth's life, something that she greatly resented. There was a book published centering on her love of her pet chipmunk, Nibbles and Me (1946), as well as coloring books and paper doll collections. When Liz turned 15 in 1947, the publicity department began arranging dates and parties for her to attend which were more photo opportunities than social functions. Film magazines began to compare her to older actresses like Lana Turner and Ava Gardner, and she began to get more mature roles. She was a "man-stealer" at the high school dance in A Date With Judy (1948) and young bride with Greer Garson in Julia Misbehaves (1948). 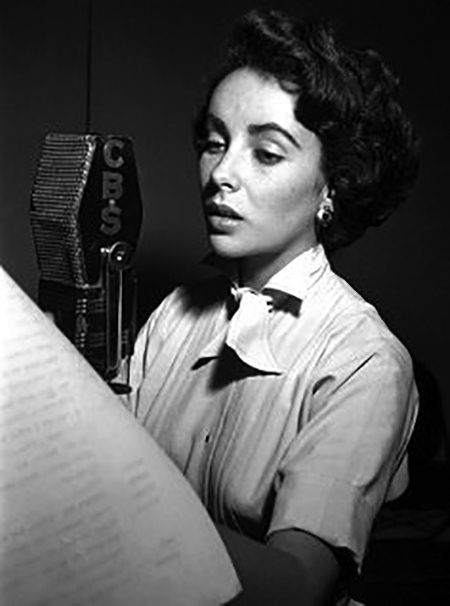 Wedding bells became a theme in Taylor's life (there is a rumor that film tycoon Howard Hughes offered Taylor's family a six-figure sum if Liz gave him her hand). In 1950, she co-starred with Spencer Tracy in Father of the Bride which allowed the studio to turn her wedding to hotel heir Conrad Hilton Jr. into a media circus. The supposedly happy couple divorced after just nine months. She had a quiet wedding to British actor Michael Wilding in 1952 and had two sons. Liz thought she had found security in an older man (he was twenty years her senior) while Wilding was hoping the relationship would firm up his Hollywood prospects. As she matured as an actress, the couple drifted apart, separating and finally divorcing in 1957.

Taylor married producer Mike Todd in 1957 and the tabloids gave a good deal of mileage to the notion that Liz had stolen Todd from actress Joan Blondell (Joan had actually dumped him in 1950 on the grounds of "mental cruelty"). Liz was two weeks into filming A Cat On a Hot Tin Roof (1958) when Todd was killed in an airplane crash (flying his privately owned Lockheed Lodestar in an overloaded condition, Liz had been given time off from filming to travel with Todd to New York, but stayed home with a cold). Taylor returned to the set three weeks later in a much thinner and distraught condition, which may have helped with the impact of her performance.

While mourning Todd, her good friend Debbie Reynolds' husband, Eddie Fisher rushed to her side. Debbie, who had a reputation as America's sweetheart, had been matron of honor at Liz and Mike's wedding. Eddie and Todd were good friends, and even though his marriage to Reynolds was largely a publicity department arrangement he had two children with Debbie (his son, Todd Fisher, was named for Michael Todd). Fisher chose to console the widow in a classic manner, and announced to Debbie that he and Liz were in love and he was leaving her.

The media and the public turned on Liz for breaking up Debbie Reynold's marriage, but the scandal helped Cat at the box office. The film was nominated for all of the major Academy Awards, but the subject matter and the scandal made it "too hot" for the Academy, and it failed to take any statuettes. Eddie became Liz's fourth husband in 1959, but she later claimed to have only married out of grief (Liz and Debbie ended their feud a number of years later aboard the Queen Elizabeth over dinner). The scandal was brought back to light in 1960 when Liz won the Oscar for Butterfield 8 (1960) as a prostitute who becomes involved with a married man. 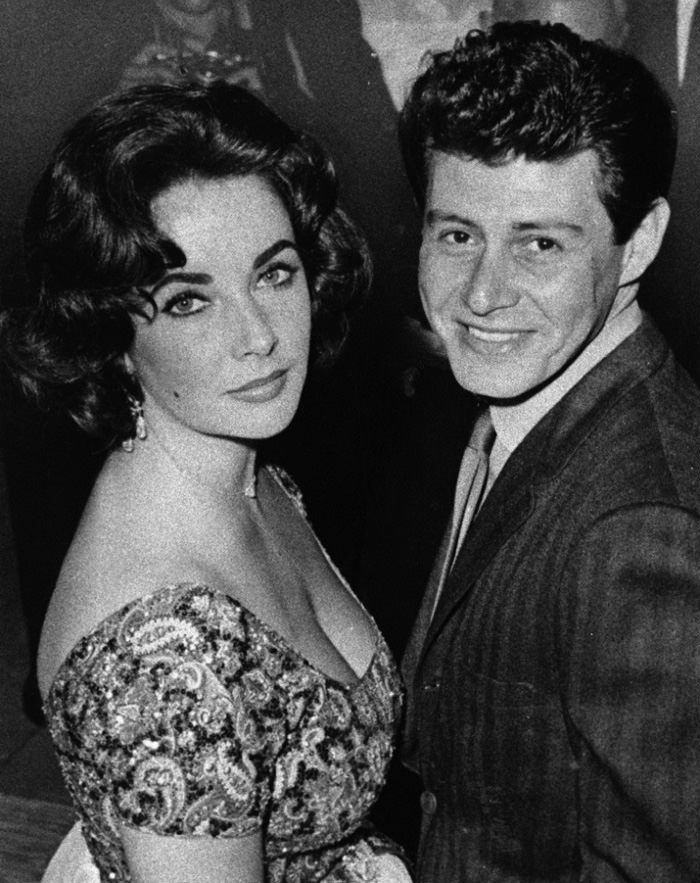 Taylor left MGM at the end of her contract. Her first project after MGM was 20th Century Fox's sand and sandals epic Cleopatra (1963). The film was noteworthy for its scale, its production troubles, its cost overruns, its grandeur, and mostly for the scandal surrounding its co-stars. Liz was to be paid $1 million for her role (the first actress to command such a price tag). She was still married to Fisher (who had been given a token role in BUtterfield 8) but she quickly fell for Richard Burton who had the role of Marc Antony. They made an effort to keep their affair discreet, with little success. Filming on the huge project began in 1960 in London, but shooting had to be delayed on several occasions due to weather and Liz contracting pneumonia (she had to be rushed to the hospital in March 1960, for an emergency tracheotomy). The production was moved to Rome (where the weather was better for Taylor's recovery). The paparazzi confirmed the affair between Liz and Dick by publishing photos of them scampering aboard a yacht. The Vatican condemned them for "erotic vagrancy" and there was a movement to deny both actors permission to re-enter the U.S.

Fisher granted Liz a divorce in 1964, and she married Burton ten days later. Always a tempestuous relationship, they divorced in 1974 then remarried in 1975. The second Liz and Dick marriage lasted less than a year, however. On the rebound for Burton, Liz married Virginia politician John Warner and was thought to have been a major factor in "Mr. Elizabeth Taylor" being elected to the U.S. Senate. Liz found live as a politician's wife in Washington boring. She gained a good deal of weight and began abusing booze and pills.

Taylor met her last husband, Larry Fortensky, while in recovery at the Betty Ford Clinic. In an apparent reconciliation with the paparazzi, she sold her wedding pictures to People magazine for $1 million and used the proceeds to found the Elizabeth Taylor AIDS Foundation.

At her request, the ceremony began 15 minutes after it was scheduled. Liz wanted to be late for her own funeral.