Known for her glowing beauty and fascinating personal life, the lovely Ava Gardner also made a number of old time radio appearances.

Choose your CD format
or order disks individually: Add to Cart Add to wishlist
Play a sample episode from March 03, 1951: 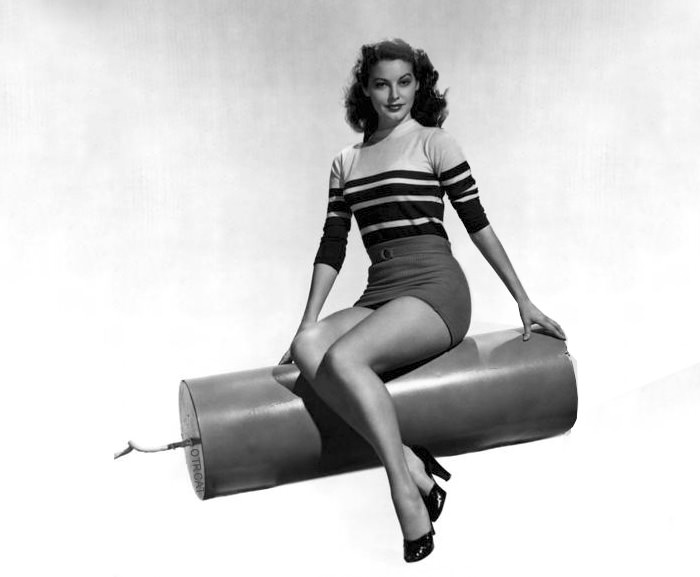 Glamour is as much a part of the Hollywood world as egotistical directors. Glamour can be as addictive as it is alluring. There have always been wolves who were more than ready to twist Hollywood glamour to their own nefarious ends.

Our story today begins with a wolf in New York who was a legal clerk for Loews Theater. Loews had a relationship with MGM Studios, and this particular clerk had no hesitation in using this relationship by acting as a talent scout for the studio. The clerk himself had no association with the studio, but the wide-eyed young girls he preyed upon didn't know that.

One afternoon the wolf in question found himself in front the Tarr Photography Studio on 25th Street, struck by the beautiful girl smiling at him from the portrait displayed in the window. We can imagine the wolf slicking back his hair as he went into the studio to try and acquire the beauty's phone number. Unfortunately for the wolf, the subject was the photographer's young sister in law, actually a gangly kid from North Carolina. The wolf went away, failing in his quest, but not before exhausting his best material, including that line: "Somebody should send her info to MGM!"

Well, somebody did, and a screen test was arranged. Although the head of MGM's New York talent department though the 18 year old was beautiful, he thought the test was a disaster. He wouldn't let her speak on camera because her North Carolina accent made her impossible to understand. The directions were simple; she was filmed walking toward the camera, turning, then walking away and arranging some flowers in a vase. Expecting the test to be a waste of film, the studio man was blown away in the screening room - the camera loved the girl. The test was sent to Louis Mayer in Hollywood who returned a telegram: "she can't sing, she can't act, she can't talk, She's terrific!" 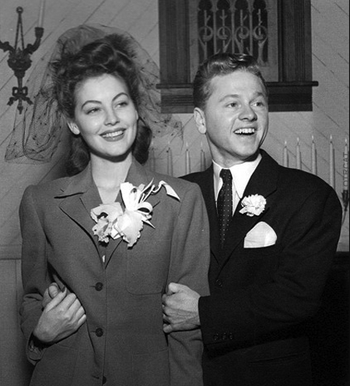 The girl's name was Ava Gardner.

Ava went to Hollywood in 1941 on a standard MGM contract, only to find out that MGM had more pretty girls then they knew what to do with. She was called for a few films, but mostly as a pretty face in the background. Other times she was used by the studio publicity department at events or photographed for "Leg-Art" (pin-ups). Although Ava was ignored by movies, she did attract the attention of MGM's biggest star, and Ava and Mickey Rooney were married when he was 21 and she 19. The marriage ended in divorce two years later and Ava became the center of attention for Howard Hughes. Ava rejected Hughes' repeated offers of marriage, instead marrying band leader Artie Shaw. This marriage also ended quickly.

Gardner's first real movie success came playing opposite Burt Lancaster in his breakout role in the film-noir hit The Killers. Her two divorces and the sultry role in The Killers built her image as a femme fatale, but her relationship and later marriage to Frank Sinatra made her a certified home-wrecker. Frankie began running around on his wife soon after coming to Hollywood, but their Roman Catholicism prevented divorce. The Sinatra's finally separated on Valentines Day, 1950, and their divorce final in 1951. Ten days later Sinatra and Gardner were wed. 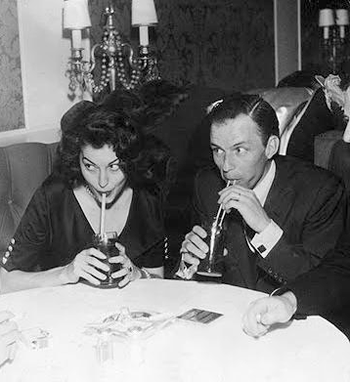 The marriage between Gardner and Sinatra was an especially tumultuous one, much to the delight of the tabloid press. The troubles were no doubt magnified by Ava's growing success, with hits like Showboat and The Snows of Kilimanjaro, while Frank's movie and singing career had hit a definite slump. Finally Ava pulled some strings and got Frank a role (which would win him an Oscar) in Burt Lancaster's blockbuster From Here to Eternity. Gardner then flew to Spain to film The Barefoot Contessa. (Frank followed up his Eternity success with the NBC show Rocky Fortune, which was buoyed as much by Sinatra's success as its fortunate time slot, Tuesday nights just after Dragnet.) This marriage ended in divorce in 1957, but Frank and Ava remained friends for the rest of her life.

Our collection of Ava Gardner's radio appearances is typical of a movie star supporting her career. Her appearance on Suspense fits nicely with her reputation as a femme fatale, while her performance on the Lux Radio Theater version of Showboat surely brought a good number of folks into the theater. Ava did her bit for our fighting men by hosting a post-war edition of Command Performance, along with a pair of shows with Bob Hope on base visits. One very interesting addition to the collection is the broadcast of Hollywood Fights Back, a 1947 program featuring dozens of huge Hollywood names protesting the actions of the House UnAmerican Activities Committee (HUAC).

Ava Gardner was honored with a star on the Hollywood walk of Fame at 1560 Vine Street for her work in Motion Pictures.