Her career began as a Hollywood fairy tale when a reporter found her sipping a Coke in a soda shop, bombshell Lana Turner would overcome personal tragedy and scandal to become one of the grand ladies of Hollywood. 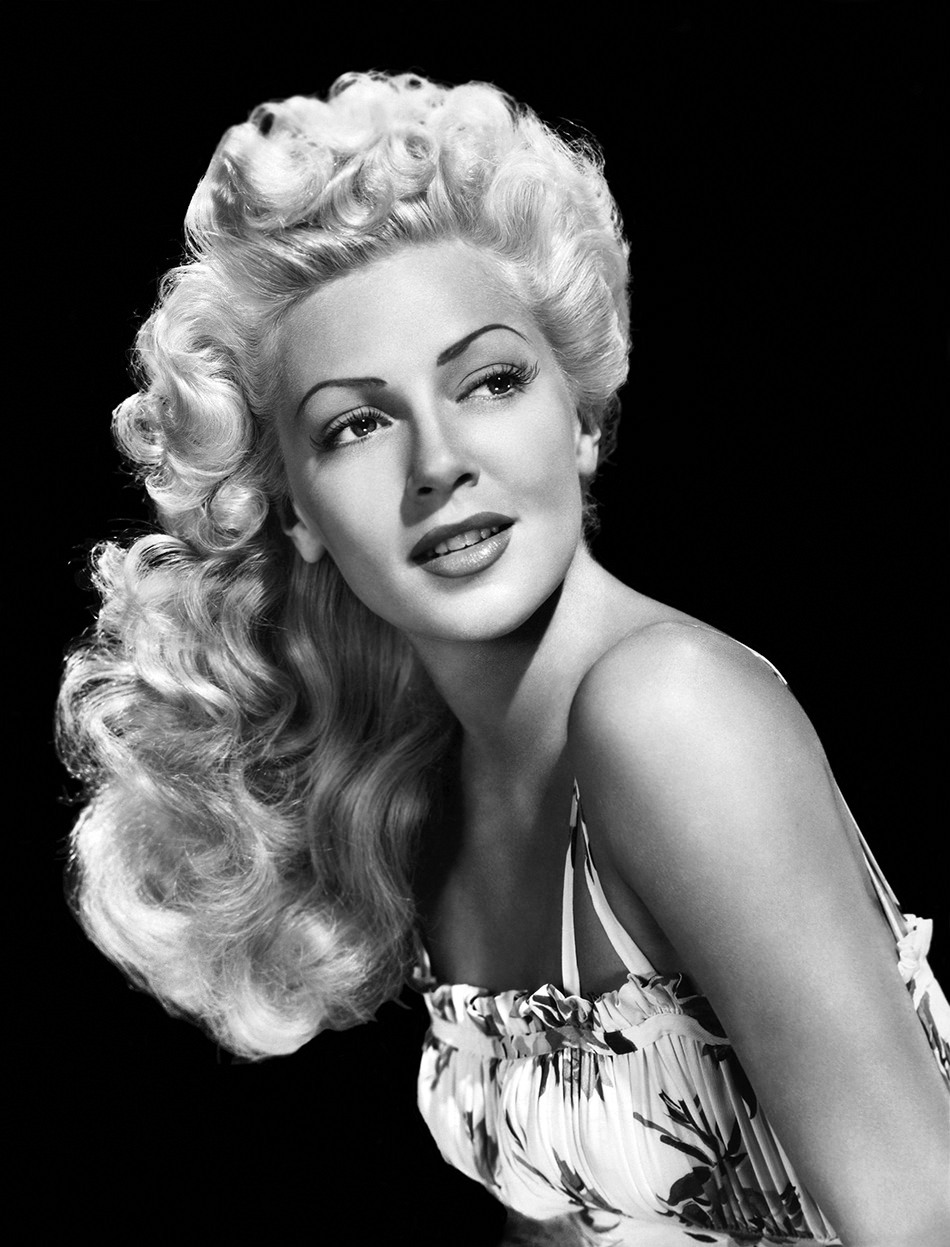 They Won't Forget (1937) was not a terribly huge film. It was mostly a vehicle for Warner Bros. newly contracted Claude Raines to establish himself as a 'thinking man's villain' (Raines followed the film up as the evil Prince John in The Adventures of Robin Hood (1938) and a corrupt senator in Mr. Smith Goes to Washington (1939). They Won't Forget was a murder mystery where the murder itself was not as important as what happened afterward (Spoiler Alert: the outsider who is accused of the grisly crime gets lynched).

The murder victim mattered even less to the story, but it was the way of director/producer Mervyn LeRoy to squeeze as much mileage out of such small details as he could. For the role of poor Mary Clay, LeRoy found a pretty girl named Julia Jean "Judy" Turner. Teenaged Judy had skipped her typing class one afternoon at Hollywood High School, walked across Sunset Blvd to the Top Hat Malt Shop (not Schwab's Pharmacy) and ordered a Coke. 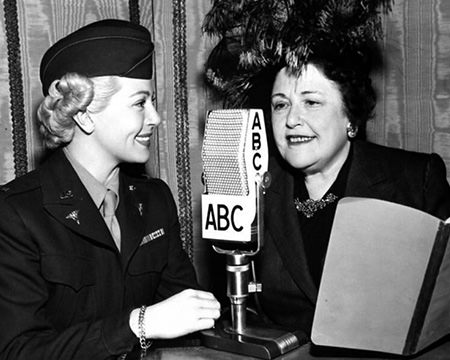 Just like a Hollywood fairy tale, while Judy was quenched her thirst, William R. Wilkerson, the publisher of the trade paper The Hollywood Reporter, came into the malt shop for a Coke as well. Entranced by Judy's poise and beauty, Wilkerson uttered what by then was already one of the oldest lines in the book: "Would you like to be in pictures?" He gave her his card and introduced her to Zeppo Marx, the youngest of the Marx Brothers who had left the act to found a talent agency. Marx introduced Judy to LeRoy who immediately saw the young woman's potential. However, he felt that "Judy Turner" was too plain, as was "Julia Jean Turner". LeRoy began tossing out possible names when Judy blurted "What about Lana? L, A, N, A." After turning it over in his mind a few times, LeRoy said, "That's it. You're Lana Turner."

It is perhaps ironic that 'lana' is the Spanish word for wool. For They Won't Forget, LeRoy had Lana dressing in a tight blue wool sweater and an equally form-fitting skirt, thereby creating the first "Sweater Girl" (Judy Garland asked Bob Hope in a sketch why Sweater Girls make men so crazy, Bob replied "I don't know, but that's one mystery I'd like to unravel.") Lana hated the Sweater Girl label, even though the publicity of having her picture tacked on barracks walls around the world was a career boost any 16-year-old should appreciate.

Warner Bros. signed Lana for $50/week and loaned her to Sam Goldwyn for The Adventures of Marco Polo (1938) and Goldwyn insisted she had to shave her eyebrows so they could be replaced with more exotic looking straight ones. They never grew back, and from that time, Lana's eyebrows were created in the makeup department. When LeRoy left Warner Bros. for MGM he took Lana with him and she had her salary doubled. By the time she was twenty she was making $1,500/week. 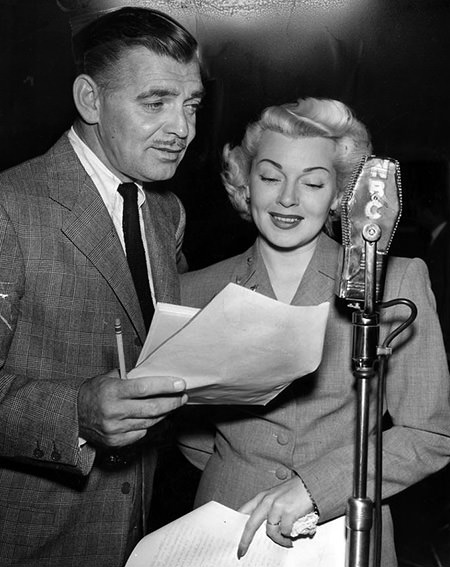 Like many other starlets at MGM, Turner enjoyed the glamor and fame she was winning, as well as the money, but she also endured the loneliness that came from losing her father when she was very young. John Turner was an itinerant miner and gambler who had won a great deal of money in craps game just before Christmas, 1930, money he bragged that he was going to use to buy his daughter a tricycle. He was found stabbed the next morning and the money was never found.

Lana had many relationships, many of them scandalous. She also became somewhat of a serial bride, marrying eight times to seven husbands. When she heard that her friend Judy Garland had a crush on Artie Shaw, Lana eloped with the bandleader in 1940. Lana was only 19 at the time and the abusive marriage only lasted a few months. Turner referred to it as her college education. In 1942, she married businessman/actor Stephen Crane but the marriage was annulled when she discovered that his divorce had not been finalized. She and Crane remarried to provide for their infant daughter, Cheryl Crane, but they divorced barely a year later due to incompatibility.

During the early part of the War, Lana was sent on railroad tours to sell War Bonds. She wrote her own speeches for the events, and promised a "sweet kiss" to any man who would purchase a bond for $50,000 or more, "And I kept the promise - hundreds of times". It was claimed that she increased the defense budget by millions of dollars.

After the War, Lana was anxious to move away from her "sweater girl" reputation, and she won the part of adulterous femme fatale Cora in the Postman Always Rings Twice (1946). The film established Turner as a serious actress. She was initially disappointed when John Garfield was hired to appear opposite her ("Couldn't they at least hire someone attractive?") but the chemistry between them was apparent and there was a widely believed rumor that they had a brief affair during the shoot.

Success eluded Turner during the early part of the 1950s. Still glamorous, still entrancingly beautiful, her MGM films were poorly cast and faced increasing competition from TV and most were box office failures. Her most successful relationship to date (none of Lana's marriages lasted more than five years), her marriage to actor Lex Barker, ended in 1957 after he was accused of molesting Lana's daughter Cheryl. 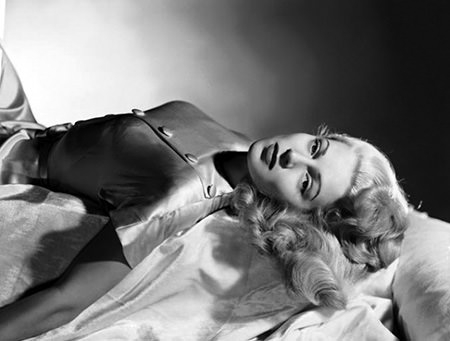 After divorcing Barker, Lana was swept off her feet by former Marine Johnny Stompanato. The relationship would be a stormy and violent one. Lana tried to break it off when she learned of "Johnny Stomp's" underworld connections (Stompanato had been a bodyguard and enforcer for L.A. mob boss Mickey Cohen), fearing a scandal would harm her then tenuous career. While she was in England filming Another Time, Another Place (1958) Stompanato became jealous of her relationship with co-star Sean Connery. The mobster flew to Great Britain, walked onto the set and pointed a gun at Connery, warning him to stay away from Lana. The unperturbed future James Bond simply knocked the gun from Johnny's hand and then punched him in the nose, knocking him out. When Stompanato came too, Connery, with Bond-like bravado, advised him that leaving England would best for his health.

Back in L.A., Stompanato continued to abuse Lana, threatening to disfigure her with a razor blade so she could not work. On the night of April 4, 1958, after the Oscar Ceremonies (to which Stompanato did not accompany Lana) the couple began arguing violently in her home. Apparently, Cheryl grabbed a kitchen knife and ran to her mother's defense, fatally stabbing the big man in the abdomen. The killing was ruled a justifiable homicide, but Cheryl was sent to live with her grandmother. Eventually, she went into the restaurant business with her father, Stephan Crane. The L.A. Times said, "Cheryl isn't the juvenile delinquent, Lana is."

After the scandal threatened to derail her career, Lana bet her fortune on Ross Hunter's Imitation of Life (1959), foregoing a salary in exchange for a piece of the film's profits. The Universal publicity machine took advantage of Lana's notoriety and the picture was one of the year's biggest hits, netting Turner $11 million. Both Imitation of Life and her previous outing, Peyton Place (1957, for which she was nominated for Best Actress) dealt with complicated relationships between a mother and her troubled teenage daughter.

Lana Turner's hand and footprints were left in the cement outside Grauman's Chinese Theatre on May 24, 1950. A Star on the Hollywood Walk of Fame at 6241 Hollywood Blvd was dedicated to honor her contributions to Motion Pictures. The location also has Stars honoring Eddie Fisher and Joel McRea's contributions to Radio. 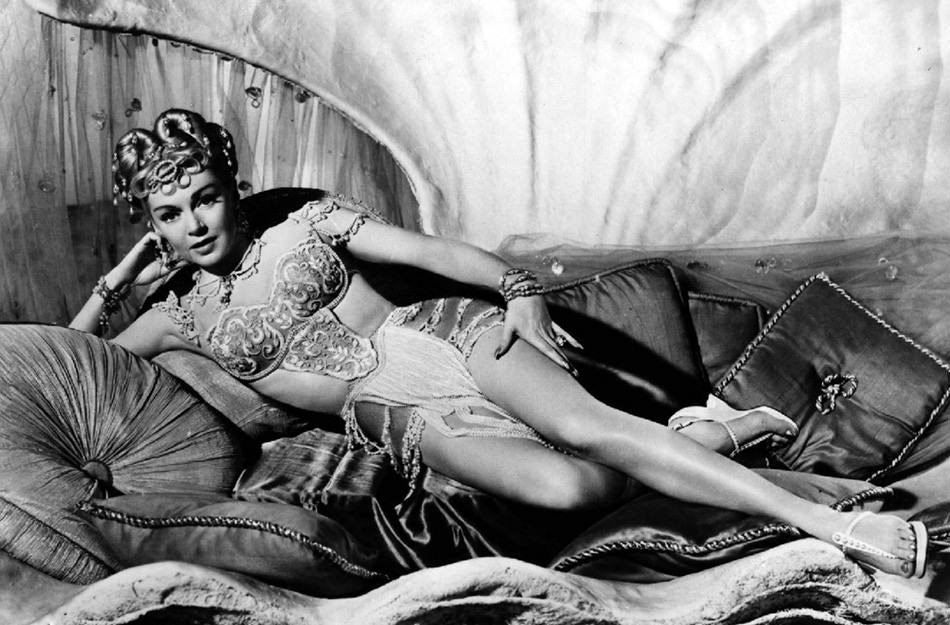