The program featured some of the biggest acts in hot and sweet Jazz dance music broadcast into Germany and other territories during WWII.

The various agencies of the US Government which deal with foreign powers have long used propaganda methods to get their message to people in foreign nations. As to the supposed dishonesty of propaganda, we refuse to suppose that our government engages in lies but acknowledge that the truth sometimes depends upon the perspective of the person telling it. 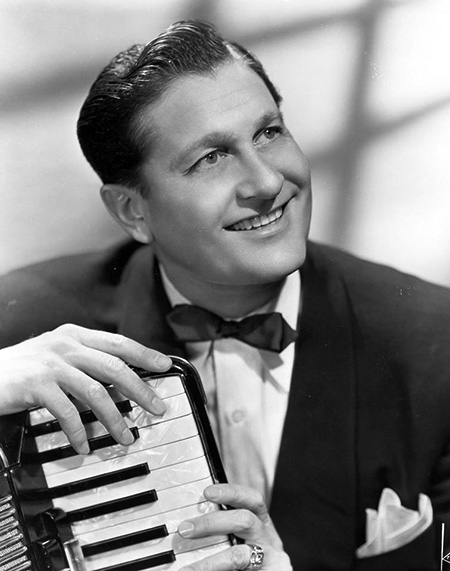 In fact, it can be shown that much of the propaganda spread by the US was generated to refute lies spread by our enemies. Some government broadcasts were not meant as propaganda but showed America in a favorable light. The Armed Forces Radio Service was intended to provide entertainment and information to US troops stationed overseas, but since the broadcasts went out over the open airwaves, it was often enjoyed by the local population as well.

The groundwork for what would become the Voice of America began even before the attack on Pearl Harbor. Shortwave broadcasts into Germany began almost two months before America entered the war, and came with the pledge: "Today, and every day from now on, we will be with you from America to talk about the war... The news may be good or bad for us – We will always tell you the truth." The Office of War Information set up the American Broadcasting Station in Europe, originally in cooperation with the British Broadcasing. Broadcasts to Asia began from the California coast, and eventually moved to Hawaii and then to the Philippines once those islands were liberated.

The Voice of America is funded by the United States Congress from the same budget which supports embassies and consulates. One of America's most popular exports is Jazz music, and during the Fifties, VOA included a large lineup of Jazz programming, including Dance Time USA.

The program featured some of the biggest acts in hot and sweet Jazz dance music, including contributions from Lawrence Welk and His Champagne Music Makers, Guy Lombardo and the Royal Canadians, the Glenn Miller Orchestra, Les Brown and his Band of Renown, and brothers Jimmy and Tommy Dorsey bringing their outfits together. The fun tunes are enough to help forget the trials of Cold War politics for 15 minutes.