Accordion player extraordinaire and bandleader who specialized in the Sweet Jazz music which was better to dance to when you were trying to hold your best girl a little closer.

Choose your CD format
or order disks individually: Add to Cart Add to wishlist
Play a sample episode from October 21, 1956: 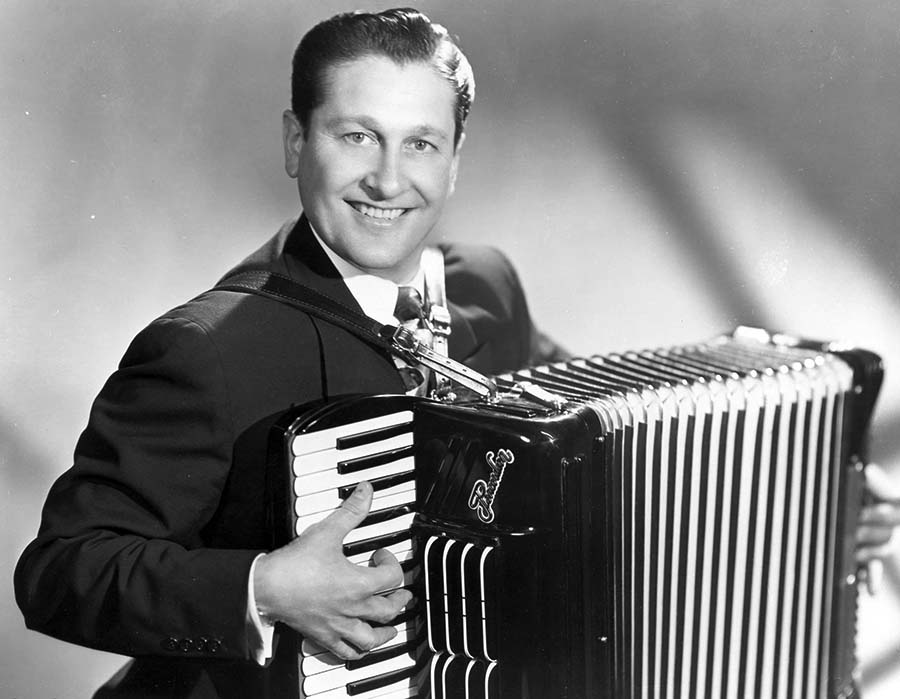 Hot, Big Band dance music was the soundtrack for the so-called Greatest Generation which grew up during the Great Depression and fought the Second World War. While Hot jazz was all the rage, there was another type of Jazz, still easy to dance to, but rather than the raucous rhythm and stylings of the hot acts, the Sweet Jazz specialists put out music which was better to dance to when you were trying to hold your best girl a little closer. During the post-War era, the music industry turned its attention to Rock 'n' Roll, an outgrowth of Hot Jazz with greater appeal to the highly profitable youth market. However, there were still plenty of the Greatest Generation around through the Eisenhower era and beyond, and while their tastes began trending towards a sweeter sound, they still wanted to enjoy "their" music, and no one did a better job of providing it through the years than Lawrence Welk and his Champagne Music Makers. 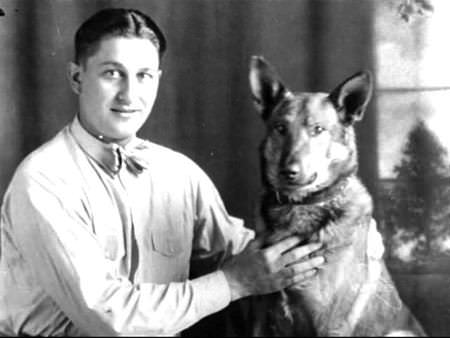 Welk's parents were ethnic Germans who emigrated from Odessa, then part of the Russian Empire, in 1893, and settled on the plains of North Dakota. During that first cold winter, they overturned their wagon and covered it with sod for a temporary shelter. A larger sod house was built the following season, and that is where Lawrence, was born in 1903. The Welks were well thought of in the largely German community of Strasbourg, North Dakota. Father Ludwig supplemented his farming income by playing accordion at local dances. Lawrence attended parochial school and was taught by German nuns until he was struck with appendicitis. While recovering, he spent more time working on the family farm. At seventeen, he convinced his father to buy him his own $400 accordion (equivalent to nearly $4,800 today) with the promise that he would remain on the farm until he was 21, and any money he made with the instrument until that time would go to the family.

On his twenty-first birthday, Lawrence lit out with his accordion and three dollars pinned to the lining of his new jacket. He toured the upper Midwest with several different outfits until forming a quartet known as Lawrence Welk and His Novelty Orchestra. Also known as "America's Biggest Little Band" (because each member played several instruments), the group did very well on the polka circuit until deciding to seek a warmer climate in New Orleans. However, on their way south they stopped for an audition at WNAX in Yankton, South Dakota, and were hired as the station's house band.

Radio success led to more demand for live engagements, and soon the band needed to buy a tour bus. Welk began paying court to a nurse working at Yankton's Sacred Heart Hospital named Fern Renner, and in 1931 Lawrence and Fern were wed in Sioux City, Iowa. By the middle of the decade, the band moved their center of operations to Omaha, Nebraska. During a gig at the William Penn Hotel in Pittsburgh, an enthusiastic (and possibly inebriated) dancer cornered the band leader and told him that his music was "effervescent, like champagne". The hotel had a bubble machine left over from a movie premier, and the term "Champagne Music" was born. The Lawrence Welk Orchestra was the house band at Chicago's Trianon Ballroom for most of the 1940s, and in 1951, he moved the act to Los Angeles on the promise of a late-night spot on KTLA. 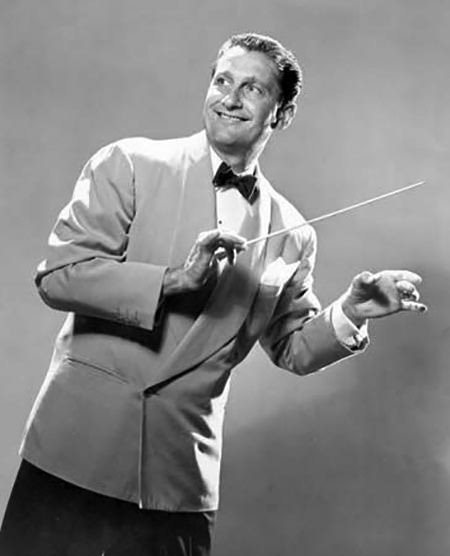 Television was the key to Lawrence Welk's future success. Beginning with 1951's The Lawrence Welk Show, broadcast from the Aragon Ballroom in Venice Beach, was a local hit and was picked up for nationwide distribution in 1955. The show adopted a number of regular features, including the visual for Champagne Music, the bubbles from a high capacity bubble machine. (The musicians soon began complaining of a soapy film being left on their instruments, so the bubble formula was changed from soap to glycerine.) During polka or Waltz numbers, Welk would dance with his "Champagne Lady", the band's female singer. Sometimes the camera would follow the band leader while he chose a lady from the audience to dance with, and on one occasion, Welk took over the camera while the cameraman danced!

Lawrence Welk's lasting appeal on television may have had as much to do with his conservative attitudes as with his showmanship. With very few exceptions, modern music was not heard on the show, and then in only performed in a sweet style as far from Rock 'n' Roll as possible. Welk insisted that his singers and dancers dress modestly and famously fired Champagne Lady Alice Lon who allowed her dress to ride too far up her knee while singing seated on a desk. This conservatism was the target of a good deal of satire, especially after the singing duo "Gail and Dale" performed a cover of Brewer & Shipley's "One Toke Over the Line", blissfully unaware of the song's blatant marijuana reference, Welk called the song "a modern spiritual".

The Lawrence Welk Show was cancelled in 1971, and Welk considered retirement but was convinced by friends to try syndication. He would produce the show and give it to broadcasters in exchange for five minutes of commercial time, which the producers would sell on the national market. The syndicated program premiered on 200 stations in September 1971, more than the total number of affiliates. Lawrence and Fern remained married until his death from pneumonia on March 17, 1992, 61 years of marriage.

Two Stars on the Hollywood Walk of Fame are dedicated honoring Lawrence Welk, one at 6623 Hollywood Blvd for contributions to Recording, and the other at 1609 Vine St for Television.