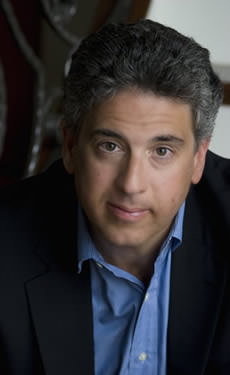 With the publication of Hello, Everybody! The Dawn of American Radio, Anthony Rudel's careers as a writer and broadcaster have been united.  Rudel began his radio career on October 15, 1977 when, at age twenty he became the youngest on-air personality in the history of WQXR AM and FM, the Radio Stations of the New York Times. Rudel remained at WQXR for nearly ten years, after becoming Vice President of Programming.  While at WQXR Rudel wrote his first book, Tales From the Opera, published in 1985.

After leaving WQXR in 1986 Rudel held positions in the arts world, including stints at the New York International Festival, Lincoln Center, and the Kennedy Center.  He then worked for Hearst Magazines before leaving to launch Classic CD Magazine, the first title in the US to include a free CD.

In 1994 Rudel moved to SW Radio Networks to create the first nation-wide classical music network with a 'younger appeal.' The format was highly successful in markets as diverse as Tulsa and Monterey.  While at SW, Rudel wrote Classical Music Top 40.

In 1998 Rudel began his career as a radio and music consultant and has worked for many of America's leading public and commercial radio stations.  In 2001 he wrote Imagining Don Giovanni, a novel published by Grove Atlantic, and in 2003 began a career as an adjunct professor of communications and writing at Manhattanville College in New York.

He has written for many magazines and is a frequent lecturer on music and broadcasting.  Mr. Rudel lives in Chappaqua, N.Y. with his wife Kristy Rudel and their two daughters.

For additional information on this great author including information on his newest book, Hello, Everybody! The Dawn of American Radio, see his AnthonyRudel.com website.