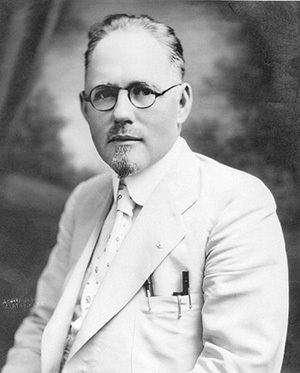 During the mid- 1920s one of the most often repeated jokes in the United States was: “What is the fastest animal on earth? Answer: A goat passing Doctor Brinkley’s office!”

The idea that is central to that joke was also repeated in movies and cartoons of the era and its popularity was due in great measure to the fact that Dr. J. R. Brinkley was one of the smartest and cagiest broadcasters of his time.
It was the Roaring Twenties and sexuality was coming out of the bedroom; while liquor was prohibited, flappers danced and teased and luminaries like F. Scott and Zelda Fitzgerald set the tone for a new, freer society. Meanwhile, in tiny Milford, Kansas J.R. Brinkley—the town doctor whose medical degree was purchased through the mail for $100—was performing sexual enhancement surgery on depleted men. Using tissue from goat reproductive organs, Brinkley implanted the tissue into men who’d lost their vitality. It was revolutionary, if not quite medically sound, and it was reviving Milford’s economy. After a visit to Los Angeles where he was present for the opening of the Los Angeles Times’ radio station KHJ, Brinkley realized that he could attract more patients if he had his own broadcast facility from which to encourage embarrassed, troubled men to come seek help.
Returning to Milford, Brinkley applied to the Commerce Department and was granted a license to open KFKB which may have stood for Kansas First, Kansas Best. Now, armed with a transmitter that often strayed far beyond its power limitations and had a signal strong enough to reach New York, especially at night, Brinkley’s medical practice—or perhaps it should have been called mal-practice—thrived. 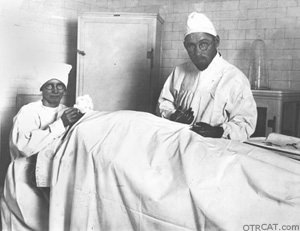 The good doctor went on to start a mail delivered prescription medicine—actually colored water in nice bottles—business, and then, when the American Medical Association finally got the FRC to shut KFKB, the doctor ran for Governor of Kansas and, had it not been for a backroom deal between the democrats and republicans, he would have won the 1930 election as a write-in candidate.
Brinkley’s story is uniquely American; he was at once an entrepreneur and a crook, a doctor and a quack, and anti-government and a political candidate. But, for our purposes, what Brinkley was truly greatest at was developing radio broadcasting. KFKB was among the very first stations to have a complete program schedule running from early morning until late at night. That schedule, all supported without any commercials, included shows for children, story time, information, live music performances often done by Brinkley’s own choir and musicians, and other shows that filled the day. But the programming that still resonates today is the radio talks by Brinkley himself. Spoken in his reassuring baritone and done with a measured, calming delivery, Brinkley reserved the early morning and late evening times for himself. During those hours he would talk to the men in the audience, telling them they didn’t have to suffer any longer with flat tires—a sweet euphemism for erectile dysfunction—or prostate trouble. He preyed on the insecurities of men who were not in bed, but were awake at odd hours listening to his counsel. 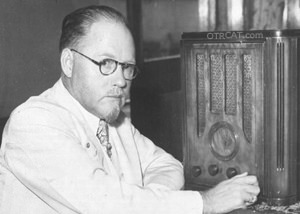 Another important aspect of Brinkley’s radio skill was his innovative approach to using the medium to encourage behavior. Reading letters from listeners, the good doctor would suggest that all the patient needed to get better was a natural cure, and that cure invariably could be found simply by sending money to The Brinkley Clinic which would dispatch the appropriate elixir back to the patient. There isn’t a direct response ad on radio or television today that doesn’t owe something, if not everything, to the innovative Dr. J. R. Brinkley.
Brinkley’s is an amazing story of cheating, fighting government and regulatory forces, struggle and success, but most of all radio development. It is that final category that makes this new collection from OTRCAT so marvelous. While Brinkley is not a household name, and is not one of the broadcasters most people look to as am icon of that amazing era, he was an important broadcaster and his contributions to this amazing medium cannot be overvalued.