Powerful dramas by the United World Federalists to make the World a better and safer place.

Choose your CD format
or order disks individually: Add to Cart Add to wishlist
Play a sample episode from January 02, 1947:

"The Meadow (by Ray Bradbury)" 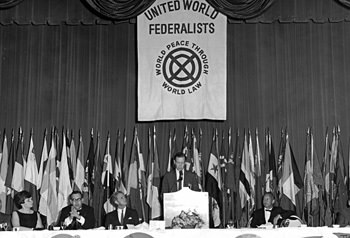 The horrors brought on by the potential of Nuclear War cannot be discounted. Whether the path followed by the American and Soviet Superpowers; that of the escalation of the Cold War and the doctrine of MAD (Mutually Assured Destruction); was the best on is beyond debate. But it is educational to at least consider the path advocated by the members of the United World Federalists.

World Security Workshop was an anthology program presented on a sustaining basis by the American Broadcasting Company for the United World Federalists. The episodes were produced by ABC vice president Robert Saudek.The World Federalists advocated an end to war through the formation of a One World Government. Many felt that the only way to avoid nuclear annihilation was by strengthening the United Nations. There were also calls for an International Criminal Court. Membership to the organization was open to all Americans except those who advocated Communism or Fascism, and included such luminaries as Albert Einstein, Kurt Vonnegut, Sen Alan Cranston, E.B. White, and the organizations long time president Norman Cousins.The episode "The Meadow" was written by Ray Bradbury and won an award for best one-act play of 1947. 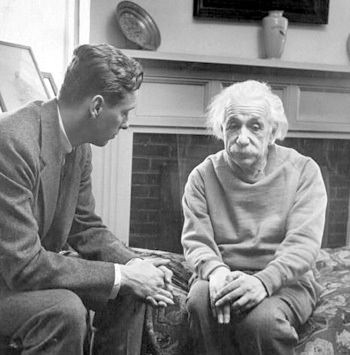 Internationalism was tainted by an association with world Communism during the Cold War. Interest in the organization and its principles has grown, especially among young professionals, since the 1990's.