Face to the Future

A series of reports on the state of Defense Technology in the late-1950s sponsored by NORAD. 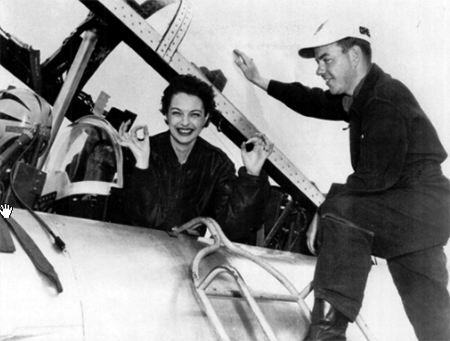 One of the unintended consequences of Victory in World War Two was the post-War competition for World Domination between the United States and the Soviet Union, popularly referred to as "The Cold War". The competition seemed to lack the urgency of defeating Fascism, although the potential results might have been far deadlier than any actions of WWII, including the atomic bombs dropped on Hiroshima and Nagasaki. The roots of the Cold War began as an ideological difference of opinion between the laissez-faire Capitalism of the Western Powers and the Marxist Communism embraced by Soviet Russia and later by "Red China".

The North American Air Defense Command (NORAD) was formed in 1958 to coordinate Early Warning Systems and defense in case of a Soviet "over-the-pole" Atomic attack and help direct an American Retaliatory Attack. As a major player in the Cold War, NORAD developed an intense and highly effective propaganda arm, although its greatest propaganda coup has been its tradition of tracking the progress of Santa Claus's Sleigh every December 24, which began as a telephone "accident". 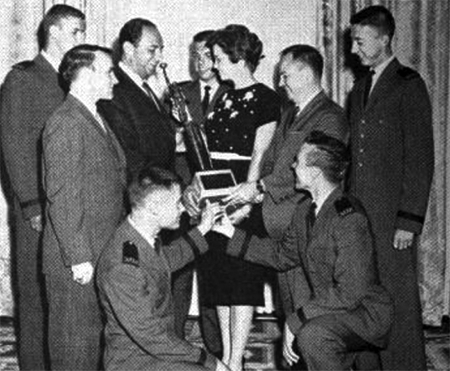 Ms. DelVina Wheeldon, an announcer at WCKY Cincinnati and the station's Women's Programming Director, was a darling of the Air Force when she became the first lady-journalist to break the sound barrier as a passenger in a USAF fighter jet on May 12, 1956. She said of her adventure that her biggest fear had been being late for her hair appointment. She went on to write a series of 25 scripts for her It's A Woman's World program discussing how Air Force activities affected women. Titles included 'How an air division protects your home'; 'The atomic umbrella over your home; 'How toleration of jet noise contributes to our security'; and 'There are no atheists in cockpits'.

Wheeldon was awarded the Air Force Association's Citation of Honor, its highest civilian award, and became involved in a syndicated radio series for NORAD entitled Face To The Future. The program is a look at our times through an Eisenhower-era lens. Topics under discussion included Birthrate, Political Science, Law, Machined Mentality, Sustenance, Superstition, Primordial Power, Communications, Vehicle Engineering, Gravity, and Security. The well-produced episodes opened with a "Beep-Boop" sound effect which was reminiscent of a Science Fiction program, but DelVina Wheeldon managed to bring fiction to reality for her listeners.