Plan for Survival from the Civil Defense Network

Atomic Attacks and Major Pandemics do not seem related, but the response to the threat from government and citizens is surprisingly similar.

Choose your CD format
or order disks individually: Add to Cart Add to wishlist
Play a sample episode from April 24, 1951: 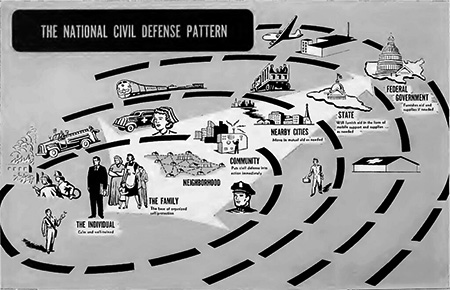 Before the United States joined the Second World War it seemed as though the Isolationists might have a point. Sure, someday our boys might have to sail to Europe and help them pull their heads from whatever dark place it was that European Leaders put their heads, but for now there was an awfully big ocean between America and any possible troubles. Pearl Harbor changed everyone's mind about that. 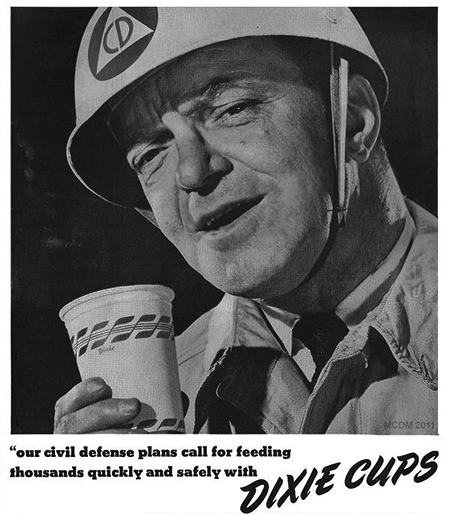 The need for a strong Civil Defense organization was hammered home by the so-called Battle of Los Angeles when the city's skies were lit up by antiaircraft batteries hammering away at shadows. The Office of Civilian Defense (OCD) had been established on May 20, 1941. The Japanese were, in fact, able to make attacks on the West Coast States, but these efforts proved extremely ineffective. However, the severity of atom bomb attacks from our Cold War adversaries in the Post War era kept Civil Defense at the forefront.

Like most elements of Modern Warfare, communication and Information Dissemination proved to be the most critical parts of Civil Defense. Planners soon discovered that radio broadcasts were one of their most effective tools. The most famous example is the CONELRAD System, initiated by President Eisenhower in December 1951. The episodes in this collection predate CONELRAD by a few months and are from the New York State Civil Defense Radio Network.

A Plan For Survival was a weekly broadcast filled with strategies for New Yorkers to get through an Atomic attack. The format is interviewing experts using questions mailed in by listeners. Despite the information being more than six decades old, many of the lessons still apply to a post-Cold War world. The programs are hosted by CBS reporter Bill Leonard who would go on to become President of CBS News. He and Bill Paley were the only CBS employees to have been allowed to stay on past mandatory retirement age.