The "date which will live in infamy", the attack on Pearl Harbor changed the history of the world. 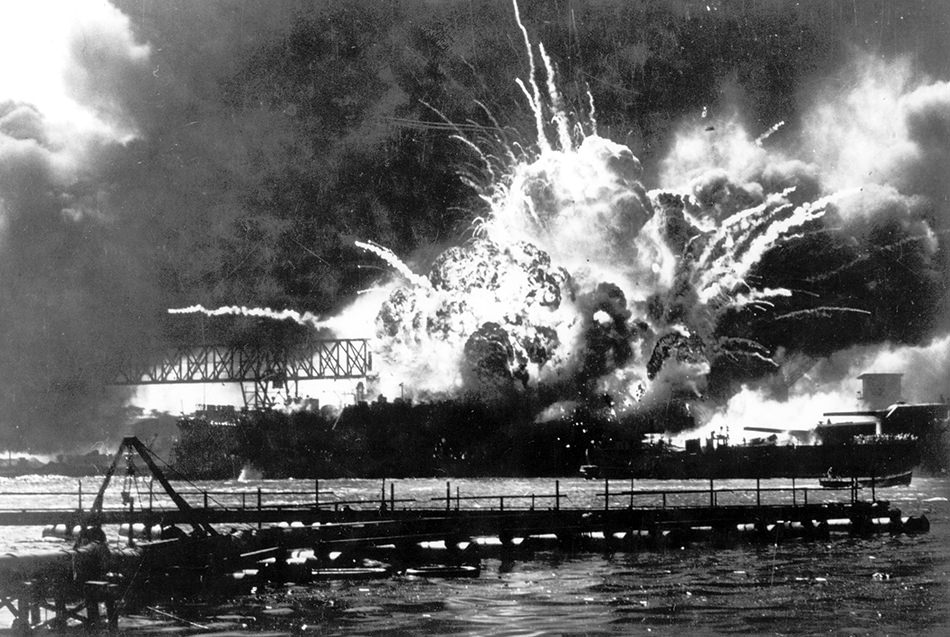 Since opening in 1962, two million visitors make the pilgrimage to the USS Arizona Memorial each year. The Memorial takes the form of a bridge which spans the deck of the USS Arizona (BB-39), which lies on the bottom of the harbor, but does not touch the ship itself. The design of the Memorial has two peaks at each end, connected by a sag in the center, which represent the height of American pride before the War, the sudden depression of the nation after the attack, and the rise of American power in victory. 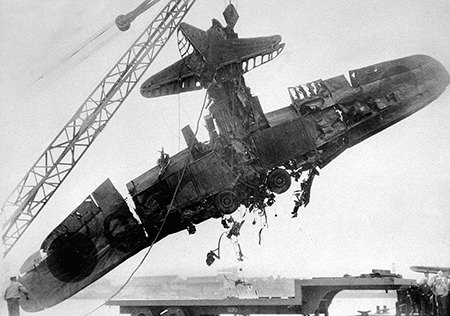 The memorial is only accessible by boats operated by the US Navy. The National Park Service operates the USS Arizona Visitors Center.  The Visitor Center is open to the public, free of charge. Touring the Memorial is self-guided, but visitors are required to obtain a numbered ticket indicating the designated departure time for the boat ride to the Memorial. 4,500 tickets for the boat ride to the Memorial are issued daily, and on most days the tickets are spoken for by mid-morning.

In 1950, Admiral Arthur W. Radford, COMPACFLT, attached a flag pole to the mainmast of the Arizona, and the Flag is raised and lowered each day as it is one every US Military installation and National Cemetery. The USS Arizona has been stricken from the list of Commissioned United States Vessels, but the ship has been designated as an active US Military cemetery. As survivors of the attack pass away, many choose to have their ashes scattered over the wreck, or they (or their families) may elect to have their urns interred within the structure of the ship by Navy divers.

Even after 74 years lying on the bottom of Pearl Harbor, an oil slick is visible on the surface above the ship, remnants of the bunker oil which still remain in the ship’s fuel tanks. Locals refer to the drops of oil as "Tears of the Arizona".

Old Time Radio broadcasts from December 7, 1941, and the days immediately following, form an important historic record of the "date which will live in infamy". Many of the broadcasts in this collection, such as President Roosevelt’s speech to Congress asking for a Declaration of War, have been heard time and time again, both in scholarly settings and in popular media. Others, such as NBC’s broadcast from San Francisco, Honolulu, and Washington, fall into the category of Lost Classics which many listeners will hear for the first time. 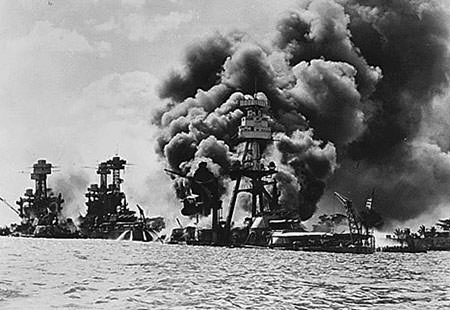 One of the most striking impressions for the listener of these early broadcasts is the sense of confusion which was present in the immediate aftermath of the attack. On December 8, the President would unequivocally state that the United States had been attacked "suddenly and deliberately", but in the first hours after reports of the attack began to reach the mainland, NBC’s "news analyst of Pacific affairs and far East affairs", Upton Close, keeps open that the attack may not have the full authorization of the Japanese government, that it may have been the action of a rogue element of the Japanese Military.

Looking back through the lens of history, we need to remember that we have a much more detailed picture of what was happening than the people who were actually there. History is made up of their decisions, actions, and reactions to what they could see and understand. The recordings in this collection bring us closer to that history, but they are not history. They are simply ghosts, not unlike the ghosts whose presence is felt by visitors to the USS Arizona Memorial as they gaze on the water and watch the Tears of the Arizona rise to the surface.

As ships belonging to the US Navy, Coast Guard, and Merchant Marines enter Pearl Harbor and pass the USS Arizona Memorial, they participate in a ceremony known as "manning the rails" (foreign military vessels participating in joint exercises also keep the tradition). When manning the rails, the entire crew turn out in their dress uniforms and line up shoulder to shoulder to salute the Arizona, her crew, and the sacrifice they and so many others made.