Relive the early days of World War II with Edward R. Murrow and the Murrow boys as they brought the news from the European capitals.

Choose your CD format
or order disks individually: Add to Cart Add to wishlist
Play a sample episode from October 25, 1939: 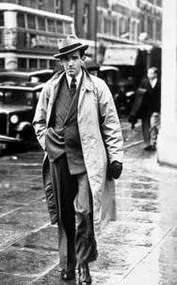 Today in Europe, presented by the Columbia Broadcasting System (CBS), brought the news from war torn Europe into American homes. The broadcast started well before the United States entered World War II in 1939, a good two years before the Japanese bombed Pearl Harbor.

While the US was not in the war, the CBS news correspondents were free to travel throughout Europe. 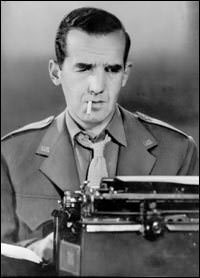 CBS originally sent Murrow to Europe in 1937 but with many restrictions. The rules at CBS did not allow news broadcasts and did not allow recorded interviews or other recorded sounds. When CBS was scooped by Max Jordan at NBC during the Anschluss when Germany "annexed" Austria in 1938, Murrow started making the case for a news broadcast. When the Sudetenland Crisis happened in fall 1938, Murrow was given the OK to broadcast a news roundup show though still without recordings. The show went by several names beginning with The News From Europe, then Today in Europe, finally settling on The World Today. (Please note this collection of rare news broadcasts has mixed sound quality.) 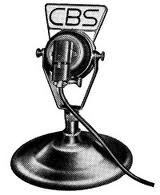