That Was the Year

is a fascinating radio show that dramatizes the major historical events between the years 1896-1934. Headlines include Spanish American War in Cuba, Volcano Mt Pelee destroys town of Saint Pierre, Republic of China established, and Adolf Hitler is appointed Chancellor of Germany. Every episode ends with a performance of a popular song from the year.

Choose your CD format
or order disks individually: Add to Cart Add to wishlist
Play a sample episode from June 14, 1937: That was the Year is a fascinating radio show that dramatizes the major historical events between the years 1896-1934.  Surprisingly, the show was not done chronologically; one week aired a show about 1922 and the next 1910 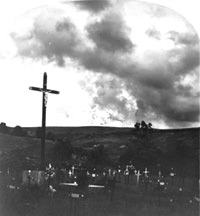 Featuring headlines from World news throughout the early 20th century, the show was produced from the viewpoint of the show's creators in 1937 adding unique interest to modern listeners.

Every episode ends with a performance of a popular song from the year from "Mandy Lee" in 1899 to "Roses of Picardy" in 1918 to "Lazy Bones" in 1933.  Spotlighting the Year's Ethereal chorus music at the beginning and end of the show is used as fill where local commercials would be added.

Examples of the headlines include:

See also: In Review and Great Moments in Radio History. For American historical drama, An American in England, American Trail, Cavalcade of America, Destination Freedom, Frontier Fighters, Norman Corwin Collection, Mr President, Science Magazine of the Air, You Are There, and The American History Collection.