After an hunting accident that left her wheelchair bound, Susan Peters found more work on radio than in film.

Choose your CD format
or order disks individually: Add to Cart Add to wishlist
Play a sample episode from January 21, 1946: 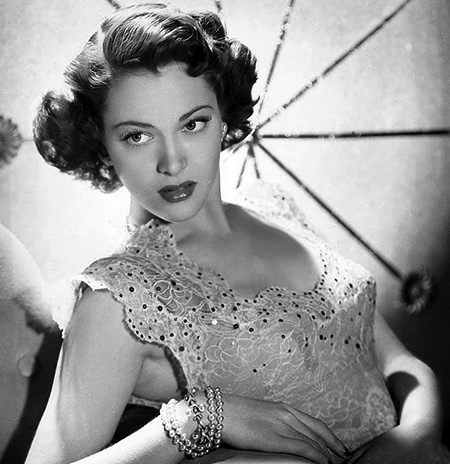 Tragedy comes into everyone's life sooner or later. How we deal with these unhappy events helps to define us to an even greater extent than our triumphs, but it is also true that some setbacks are simply too horrific to deal with in any ennobling fashion. The notion of simply giving up is not one that we want to celebrate, but it is one that we can sympathize with in certain cases.

Actress Susan Peters may not have been at the pinnacle of success when she was struck down, but she as an MGM A-lister, she was certainly on that path. Born Suzanne Carnahan in Spokane, Washington, 1921, the family moved to Portland, Oregon, when she was very young. The first major catastrophe in Susan's life occurred as she lost her civil engineer father in a traffic accident in 1933. She moved with her mother to Los Angeles afterwards to be with her grandmother.

During high school, she worked in a department store to help the family make ends meet, and began to take an interest in acting during her senior year at Hollywood High School. She engaged an agent and won a scholarship to the Max Reinhardt School of Dramatic Arts in 1939. It seems inevitable that she would be spotted by a Warner Bros scout and signed to a contract, but she maintained a "zesty independent streak" and refused to accept the stage-name that the studio chose for her, Sharon O'Keefe. She received a break when she was given fourth billing in the Humphrey Bogart thriller The Big Shot (1942).

Warner's dropped her soon enough, but MGM quickly found a spot for her and gave her a new stage name, the more acceptable Susan Peters. Louis Mayer saw more potential in her than anyone at Warner Bros, and gave her a supporting role in Tish (1942) and began grooming her as a leading lady. While on the set of Tish, Susan met actor and budding director Richard Quine who would become her husband in November 1943. 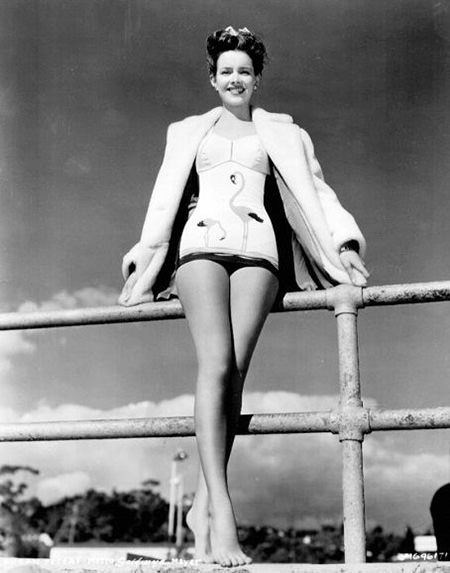 In 1945, Peters and her husband, Richard Quine, joined friends for a New Year's Day duck hunting trip near San Diego.  One of the firearms accidentally discharged, and a projectile was lodged in Susan's spinal cord, paralyzing her from the waist down. The studio covered her medical expenses and actually tried to find appropriate projects for her, but eventually dismissed her. She began appearing more frequently on radio and was given the lead in Columbia's The Sign of the Ram (1948) but the picture failed at the box office.

Playwright Tennessee Williams gave his blessing for her to play a crippled Laura from her wheelchair in a touring production of The Glass Menagerie, and she was given a couple of TV roles as a paraplegic, but she was unable to work beginning in 1951 as the pain became unbearable. Susan Peters passed away at a hospital in Visalia, California, from a kidney infection and pneumonia which were complicated by malnutrition and dehydration. Hospital staff reported that she had lost the will to live and refused sustenance during the last week of her life. She was 31.

A Star on the Hollywood Walk of Fame at 1601 Vine St honors Susan Peters' contributions to Motion Pictures.