major events and campaigns of WWII are presented using historic recordings and reenactments of important speeches.

On 1973-74 the British Broadcasting Corporation aired won of the most well made historical television documentaries ever made; the 26 episode history of the Second World War, The World At War.

The World At War used archival footage to tell its story, along with the authoritative narration of Laurence Olivier and inspirational music scored by Mark Arnold-Foster. A similar American Radio project was broadcast in 1965 by Westinghouse Broadcasting. The 18-part documentary, The Sound of War, was produced by Bud Greenspan and narrated by his brother David Greenspan (credited as David Perry).  The Greenspan's would go on to produce a number of Sports documentary films, David Perry would be remembered as "the Voice of the Olympics."

The show carried the tagline "The Actual Sound Record of World War II. A drama preserved for all time through the medium of radio. An era not to be forgotten." The Sound of War used recordings of radio broadcasts from the War, many of them rare recordings. The recordings and stories are linked together with orchestral music and narration. The historic broadcasts feature the voices of Adolf Hitler, Franklin Roosevelt, Winston Churchill, Benito Mussolini, Neville Chamberlin, General Douglas McArthur, Charles DeGaulle, Hermann Goering and many more. Where the speeches are not in English, a simultaneous translation is given. Also featured are news reports and flashes of events as they  happened. 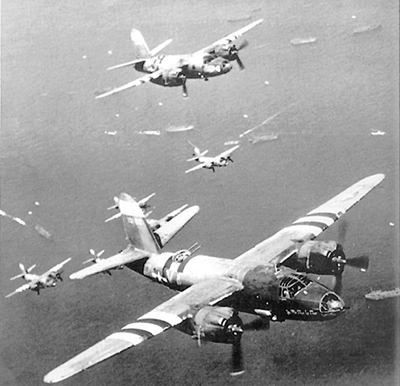 The scope of the program was the "2191 days from the time Hitler's Panzer divisions moved across the Polish Border to the ceremony of the Japanese Surrender aboard the United States Battleship Missouri in Tokyo Bay." The first four episodes, "Munich, Victory Without Bloodshed", "War Begins", "Poland in Misery", and Sitzkrieg, the Phony War", chronicle the early days of the war and the diplomatic failures of the British and French to contain Hitler's aggression. "France in Torment" and "The Fall of France" in three parts are next ("The Fall of France Pt 3" came after "Climb Mount Niitaka", "The Day They Attacked Pearl Harbor", and "The Battle of Britain".  "The Philippine Islands: Their Death… Their Life" tells the story of General MacArthur's campaign along with the tragic Bataan Death March. The end of the War in Europe is told in "D-Day, The Beginning of the End" and "VE Day: Victory in Europe". The series takes a departure from chronological history in the next three episodes, "The Music of the War", and the two-part "The Most Dramatic Voices and Sounds of the War". The Series concludes with "VJ Day: The End of the War."

The history of WWII is available in greater detail from many sources. This product of the Greenspan Brothers is unique for its collection of sound clips and the actual voices of so many of the major players.