This collection includes rare but wonderful seasonal shows that held the timeslot for some of America's best loved radio shows.

Choose your CD format
or order disks individually: Add to Cart Add to wishlist
Play a sample episode from August 24, 1945: Old Time Radio was mostly performed live. Part of this had to do with network integrity; NBC had a long time policy of not broadcasting recorded material. Another factor was the relative scarcity and expense of recording media; magnetic tape would not come into vogue until the 1950s.

Live broadcasting had a few obvious problems. The potential for an on-air goof from the actors or crew was ever present, and many shows in the prime time hours had to be broadcast twice so they could cover time zones on both coasts. Broadcasting a live show every week meant there was plenty of steady work, but it also meant that broadcasters had to find something to fill the airtime when the cast went on vacation.

The networks and the sponsors sometimes considered the summer replacement show as place holders, but in many cases, they were exceptionally high quality programming. More than a few summer replacement shows would go on to become part of the network's regular lineup. This collection includes some Rare Summer Replacement Shows that did become regularly scheduled programs. 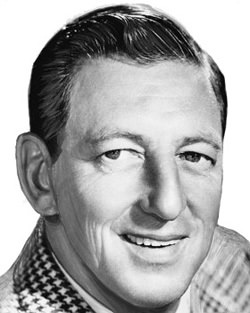 Jack Carson got his radio start in Bing Crosby's Kraft Music Hall and was able to land his own show in 1943. When Carson took his summer vacation in 1944, Bing's old friend Mildred Bailey was called in as a replacement. Mildred had grown up in Eastern Washington State, like Der Bingle. Her brother, Al Rinker, was Bing's partner in the Rhythm Boys, in 1925. Supposedly, Bing discovered jazz by listening to Mildred's record collection. The Mildred Bailey Show from the summer of 1944 featured Mildred and her ex-husband Red Norvo. Called "Mr and Mrs Swing", the couple continued to record together after the marriage broke up.

Playing the Scarecrow in The Wizard Of Oz immortalized Ray Bolger, but he spent the rest of his career as a hard working song and dance man. He got his shot at radio stardom when The Ray Bolger Show became the 1945 summer replacement for Jimmy Durante and Gary Moore on the Comedy Caravan. In the episode included in this collection, Ray is hoping that Frank Sinatra can help him to get a girl, or even better, a lot of girls!

Frank Sinatra had a similar appearance on the Phil Silvers Show, the 1947 summer replacement for Philco Radio Time with Bing Crosby. The twist in this appearance revolves around Frankie singing his hit "Nancy With The Smiling Face". More than a decade before Sgt. Bilko, Silvers wrote the lyrics to the piece with songwriter Jimmy Van Heusen, for Van Heusen's partner's wife, Bessie. The song was performed at Nancy Sinatra's birthday party, substituting Sinatra's daughter's name into the lyric. The surprise delighted Sinatra so much that the song became a staple of his live performances. 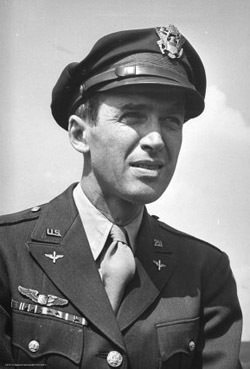 Not every summer series let the cast get out of town. In the summer of 1942, Victory Theater replaced Lux Radio Theater, under the sponsorship of the Office Of War Information. The program kept the same format as Radio Theater. In the opening program's adaptation of "Philadelphia Story", much is made of the fact that Lt. James Stewart was "assigned" to reprise his film role. Producer/host Cecil B.DeMille stayed with the program, pitching War Bonds and Patriotism. The last program of the summer run featured Amos 'n' Andy in "Love Finds Andy Brown".

In 1950 the radio broadcast Somebody Knows was the summer replacement for Suspense! and was almost as chilling as the regular show. Somebody Knows retold the true stories of actual unsolved murder cases. The inspiration for the program came from Chicago Sun-Times reporter William Finstead, who had studied unsolved murders for twenty years. The idea was that someone in the listening audience would be able to provide the authorities with a vital clue that will lead to closing the case. One hook for the program was to offer a $5,000 reward for the information, but because there was no sponsor for Somebody Knows, producer Jimmy Saphier put up the reward money himself. The final installment of the series recounts the story of the Black Dahlia case.

Enjoy these recordings and more in this collection of Rare Summer Broadcasts with radio shows that were heard only once during the golden age of radio!