Summer replacement series for Suspense with the premise was that there are no perfect crimes, that someone, somewhere, could have the one missing clue.

Choose your CD format
or order disks individually: Add to Cart Add to wishlist
Play a sample episode from July 13, 1950:

In the summer of 1950, CBS had a problem. On Thursday nights, thousands of people were expecting to tune in only to find themselves sitting on the edge of their seats, scared to the very edge of their imaginations by "Radio's Outstanding Theater of Thrills", Suspense! As successful as Suspense was (the program began in June of 1942 and ran until the very end of the Golden Age of Radio, September 30, 1962), the production still took a well deserved 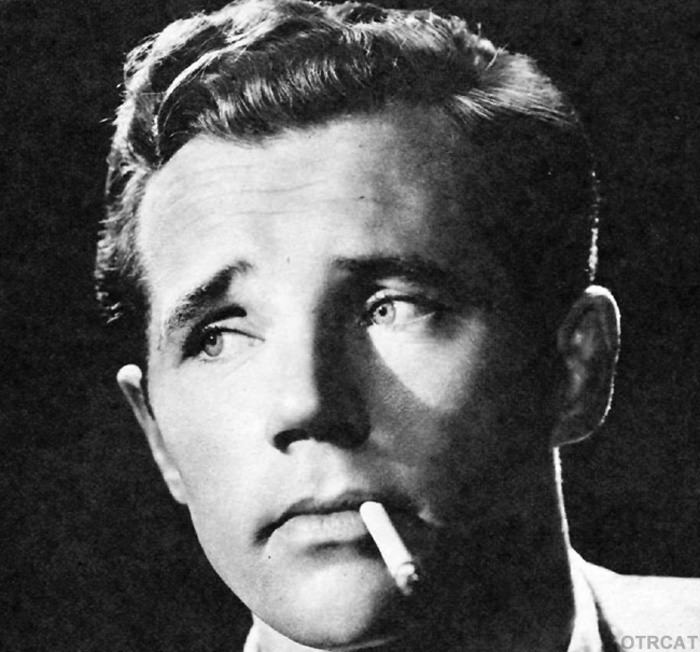 Summer Replacement radio shows allowed big name radio stars to have a break while up and coming stars got a break into show business.

As radio's influence grew in the 1930s and 1940s, big name and big money radio ruled the airwaves. Many radio programs centered around a special radio star such as Jack Benny, Fred Allen, Dinah Shore, Red Skeleton, Bob Hope, and George Burns and Gracie Allen. As these stars fame and influence grew, they requested special privileges and most insisted on summer hiatus from their radio gigs.

Many radio stars like Bob Hope and Bing Crosby were also film stars and were able to leverage time away from their radio programs to make films. Hope and Crosby created the films from the "Road to...(Singapore, Rio, Hong Kong, etc) series while on break from their respective radio shows. However, Some radio stars like married couple Jim and Marian Jordan, who portrayed Fibber McGee and Molly on radio from 1935 until 1959, took a real break and used the summer break to spend time with their children.

Networks struggled trying to fill airtimes and retain loyal audiences because in the Golden Age of Radio there were no reruns. Radio shows were heard once and fresh material was used in every show week to week and day to day. Transcription technology was limited and Recording radio shows was expensive. Summer Replacement series were created to hold audiences while the radio stars were on vacation.

In most cases Summer Replacement radio shows were low budget and sometimes so bad the sponsors even pulled funding mid season, making producers scramble for more cash.  Some Summer replacement shows were also dropped from the schedule when the original series returned never to be heard again.

However, some shows won over audiences and became radio hits of their own. Radio shows like Aldrich Family, Boston Blackie, The Doris Day Show, Escape, Our Miss Brooks, Philip Marlowe, and Sam Spade were all summer replacement shows that won over audiences, producers, and advertisers to become a part regularly scheduled program.

Despite the small budget, newly rising stars were eager to win a regular spot on the radio. For this reason, many of the summer replacement shows were high quality. The now infamous Orson Welles production War of the Worlds was created after Mercury Theater was picked up by the network and added to the schedule.

The premise was that there are no perfect crimes, that someone, somewhere, could have the one missing clue that would help the police to apprehend the killer in these often gruesome cases. To help entice that person to come forward, the producers offered a reward of $5000 to whomever could come forward with the information that would solve the cases. There was an ingenious and rather complicated way to anonymously send the information to the show so that it could sent to law enforcement agents and still maintain anonymity.

Armed with "all the facts in the case", listeners would come to the end of the program still not knowing the solution to the case, but as confident as the producers that the culprit would be brought to justice. Some of the most sensational cases of the time, including the "Black Dahlia Murder" were dramatized in an informative and entertaining matter. At least, entertaining enough to keep you glued to your radio until Suspense came back in the fall.