Science fiction is one of the most intriguing uses of Radio as an art form.

The Golden Age of Radio and the Golden Age of Science Fiction occurred in loose conjunction. The literary form saw its genesis with the 1818 publication of Mary Shelley's Frankenstein, now recognized as the first Science Fiction novel. The form gained respectability and substance with the works of Edgar Allan Poe, Jules Verne, H.G. Welles, and Edgar Rice Burroughs.

Amazing Stories Magazine was launched in 1926 by Hugo Gernsback. The "Buck Rogers" stories began appearing in Amazing Stories in 1928 and were soon adapted for a comic strip. They helped to establish the Pulp Fiction era of Science Fiction. For many critics, the pulp association relegated the genre to the status of "kids' stuff" and not to be taken seriously. 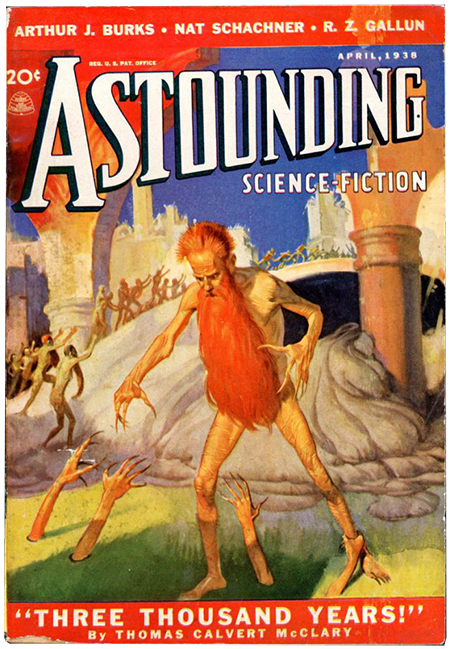 Interestingly, even with its "kids' stuff" reputation, Science Fiction entered what is considered its "Golden Age" in 1937 when John W. Campbell became editor of Astounding Science Fiction. During Campbell's tenure, he helped to introduce and guide the careers of luminaries such as Theodore Sturgeon, Isaac Asimov, Arthur C Clarke, and Robert Heinlein.

Radio became wedded to Science Fiction with Orson Welles 1938 broadcast of The War of the Worlds. This event, as well as several popular Juvenile Serials, used the horror element of Science Fiction more than its social commentary and speculative functions. However, radio began taking Science Fiction seriously in the Atomic Age after the War With series like X Minus One, Dimension X, and 2000 Plus. Many of the scripts for these series were taken from the pages of Astounding Science Fiction and Galaxy Magazine.