Notes from Your Soldier's Notebook

This weekly syndicated program featured the music of the 334th Army Service Band and songs from vocalists Clark and Eberle, along with stories about soldiers who were performing heroically at home and abroad.

Choose your CD format
or order disks individually: Add to Cart Add to wishlist
Play a sample episode from April 14, 1945: One of the wonders of modern times was the way America went from a peacetime world to a Wartime footing after the attack on Pearl Harbor. To be sure, planners in the government and the military had begun their planning when the Fascists began to rise to power, but the Nation and her forces were largely unprepared for War at the end of 1941.

Within days of the Attack, the Army began to get the things it needed. An Army needs so many things to fight a modern, industrial war. It needs tanks and jeeps. It needs rifles, howitzers, mortars and more bullets than we can imagine. It needs boots, bread, beans, grease, soap, beef, uniforms, chairs, parade grounds, and more green dye than you can shake a stick at. Most of all, it needs Men. Lots and lots of men.

For all the weapons, machines, and material that the Army needed for WWII, it meant nothing without the gallant men who were called to do their duty. Unfortunately, unlike beans and jeeps, men cannot be collected and stored in a warehouse somewhere. The Army got the men it needed, from every part of the country and every walk of life.

Most of these men joined the Army expecting to given a rifle and to march into battle. Luckily, the Army was wise enough to realize that a horn player or a radio actor could be put to better uses than that. 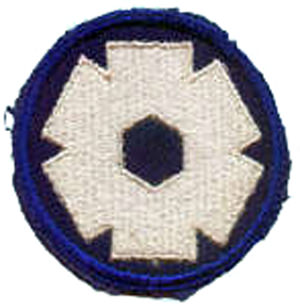 The Sixth Service Command, headquartered in Chicago, had among its ranks SGT Buddy Clark and CPL Bob Eberle who sang with Tommy Dorsey's band before the War, SGT Carmen Dello who would conduct the 334th Army Services Band, and SGT Boris Apolsky. Before the War, Apolsky went by the stage name Boris Aplon and played the notorious Ivan Shark on Captain Midnight, as well as appearing on First Nighter, Ma Perkins, Lux Radio Theater and Myrt and Marge.

Along with other projects, the Sixth Service Command out these soldiers on the air with Notes From Your Soldier's Notebook. The weekly syndicated program featured the music of the 334th Army Service Band and songs from vocalists Clark and Eberle, along with stories about soldiers who were performing heroically at home and abroad. Boris Aplon was the announcer and host of the program. Notes dedicated several episodes to playing requests from patients in military hospitals, as well as War stories told by the heroes who lived them.