Noir actor and radio star, Mark Stevens worked with the biggest names in hollywood during the Golden Age of Radio.

Choose your CD format
or order disks individually: Add to Cart Add to wishlist
Play a sample episode from November 09, 1947: 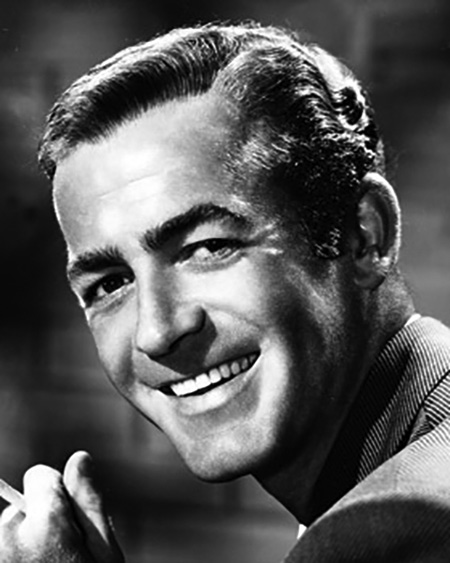 True Hollywood Stardom is such a fleeting thing, but achieving A-List status is not the only measure of success in the glamor capital. It is, many would argue, one of the most important. Nonetheless, the A-List is by definition a status of exclusivity and many actors who seem to have all it takes, ambition, good looks, talent, never quite make it to that exalted status.

No one can argue that noir actor and TV star Mark Stevens rose through the ranks of Hollywood Stars because of his hard work and talent, enough so that he was justifiably recognized on the Hollywood Walk of Fame, but he never found that magical something to take him to the A-List. Born Richard William Stevens to a well-to-do Cleveland family in 1916, his parents divorced when he was quite young and his mother took him to her family home in England. She soon remarried and came back across the pond with her son to settle in Montreal.

Stevens was a small and somewhat sickly lad, which may have led to his having a deep-seated desire to constantly prove himself. He took up swimming and athletics as a means of excelling and to improve his physical condition, but a springboard accident as a teenager left him bedridden for some time and the injury to his back would plague him for the rest of his life. After convalescing from the series of surgeries which restored most of his mobility, his favored activity was visiting the local movie palace. Soon, he was filled with dreams of conquering Hollywood like his heroes on the screen. He tried twice to join the Army but was rejected in 1938 and 1939 because of his injury. 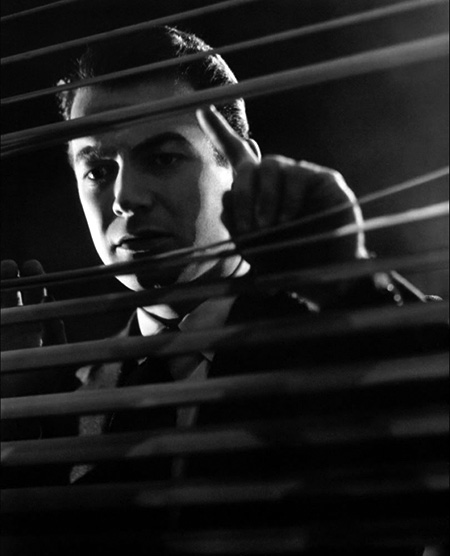 Although his family had the means to provide a first-class education and future (his step-father held hopes that he would become an executive in his locomotive manufacturing company), Stevens was determined to make his own way. While taking whatever acting roles he could get at night, he worked a variety of odd jobs, including truck driver, gas station attendant, window dresser, haberdasher, a nightclub singer, sign painter, commercial artist, and several more. "I’ve always quit jobs I didn’t relish;" he later told Hedda Harper, "and if I didn’t like the movie business I’d get out of it."

One job that he hoped would let to film work was starting out as a turn-table boy at WAKR Akron. "For a whole month, I studied the technical end of radio at WAKR," he later related. "I worked so hard that I soon became operator, engineer and announcer as well. Several mornings, I would open the station, handling all three jobs simultaneously so that the folks in Akron would have some entertainment before they started the day’s work." He eventually created, produced, directed and acted in the local drama Was I Right? as well as conducting man-on-the-street interviews. Stevens was on duty at the station the morning that the news came in about Pearl Harbor. "We were sitting around the station’s newsroom, watching the teletype for material for our newscast when a flash came through on Pearl Harbor. Naturally, we made a hurried check and, after making certain that the whole thing was authentic, I broke in on a program to issue the announcement." He tried again to join the Army Air Corps but was again rejected. He soon discovered that his 4F status was not a handicap in Hollywood.

Warner Bros signed him for $100/week and billed him as Stephen Richards. He debuted in a small role in Destination Tokyo (1943) with Cary Grant, and with Humphrey Bogart in Passage to Marseilles (1944). Stevens married actress Annelle Hayes in 1945. He also had small parts in Objective Burma (1945), God Is My Co-Pilot (1945), and Pride of the Marines (1946) before being dropped by Warner's. Darryl F. Zanuck of Twentieth Century Fox gave him a new contract, darkened and straightened his hair, and gave him the new name of Mark Stevens. 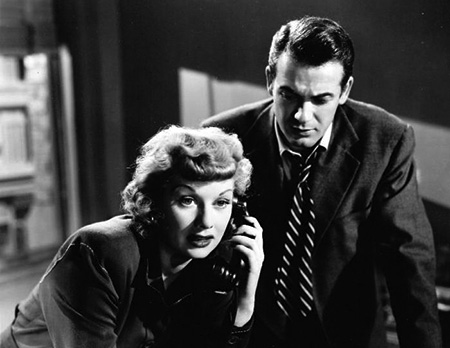 Stevens celebrated his new-found success by beginning a tabloid affair with actress Hedy Lamarr, but he soon realized the error of his ways, returned to Annelle and made a public contrition in Louella Parsosn' column. Zanuck had already proven a genius for casting new leading men with popular leading ladies to get a feel for how the public would support them. Stevens was cast opposite Lucille Ball in The Dark Corner (1946). Although it would be years before Lucy established herself as a comedienne on TV, she effectively carried the noir classic, while Steven's performance was passable but not spectacular. He co-starred with Olivia de Havilland in The Snake Pit (1946), appeared in I Wonder Who's Kissing Now (1947), had top billing in The Street with No Name (1948) over Richard Widmark, and supported William Powell in Dancing in the Dark (1949). However, in each of these appearances Stevens was out shown by the other players.

After his contract with Fox lapsed, Stevens continued to work in a series of independent films for "Poverty Row" studios, all B Pictures at best. However, things began to turn around when TV came to the fore. He took over the role of private eye Martin Kane in the live-action series during the 1953 season and went on to replace Patrick McVey as a crusading reporter in Big Town (1954-1956). He went on to several guest performances in crime and Western programs, but in the sixties, he went into a semi-retired status and began living in Europe. He succumbed to cancer in Majores, Spain, on September 15, 1994, at the age of 77. A Star on the Hollywood Walk of Fame at 637 Hollywood Blvd is dedicated honoring Mark Stevens' contributions to Television.