Known for her breakout role as Mellie in Gone with the Wind, Olivia de Havilland won Academy Awards for films To Each His Own and The Heiress. 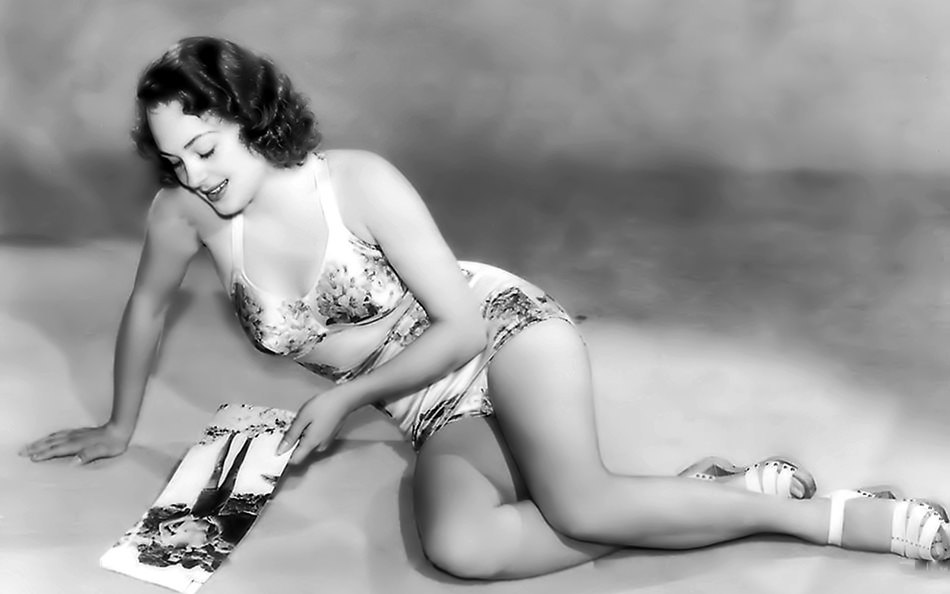 Even in the cutthroat world of Hollywood Stardom, we like to imagine that there is nothing stronger than family, and especially the relationship between sisters. Sadly, sibling rivalry is also a very real phenomenon, but there are instances where the rivalry can help to drive both sisters to incredible success. The de Havilland sisters are just such a case. 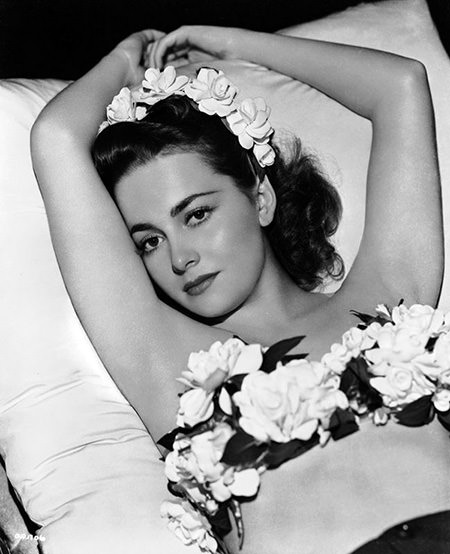 The girls were born to English parents in Tokyo, Olivia in July 1916, and Joan just fifteen months later. Their mother, Lillian, had studied at the Royal Academy of Dramatic Arts before following her husband, patent attorney Walter de Havilland, to Japan. Walter immersed himself in the local culture and became one of the first Westerners to become proficient at Go, the national board game of Japan. He also enjoyed the services of Geisha girls, which caused Lilian's decision to leave Japan in 1919.

The family's given reason for leaving the orient was concern for the girls' health. They stopped in California to treat Olivia's fever and respiratory condition and Joan came down with pneumonia. Walter soon decided to return to Japan, his and Lillian's divorce would not be finalized until 1925. Lillian settled with the girls in Saratoga, about 50 miles south of San Francisco. Although she was not directly involved in the theater, she insisted that her girls have a strong background in the arts, reading to them from Shakespeare as well as teaching them music and elocution.

After her divorce was finalized, Lillian married department store owner George Fontaine, a man with very definite and very strict ideas about raising daughters. Rather bringing the girls together in a united front, it only fueled animosity between the girls as they competed for the affections of their mother and stepfather. Olivia tore clothes that were to be handed down to her younger sister, and there was outright fighting, including an incident where Olivia broke Joan's collarbone. When Olivia was editor of the Los Gatos High School newspaper she published a fake will in which she bequeathed to her little sister "the ability to win boys' hearts, which she does not have at present."

Before leaving high school, Olivia appeared as Alice in a school production of Alice in Wonderland. The acting bug bit hard, "I felt not only the pleasure in acting but love for acting as well." After graduating, she was offered the role of Puck in the Saratoga Community Theater production of A Midsummer Night's Dream in 1934. That same summer, famed Austrian director came to America to stage the same play at the Hollywood Bowl. One of his assistants had seen the Saratoga production and offered Olivia the chance to understudy the role of Hermia. Actress Gloria Stuart (who later played 100-year-old Rose Dawson in James Cameron's Titanic in 1997), was initially cast in the role but left for a film project. Olivia received good reviews for the entire Hollywood Bowl engagement as well as the four-week tour which followed, and at 17 was given a seven-year contract with Warner Bros. so that she could play Hermia in Reinhardt's film of A Midsummer Night's Dream (1935). 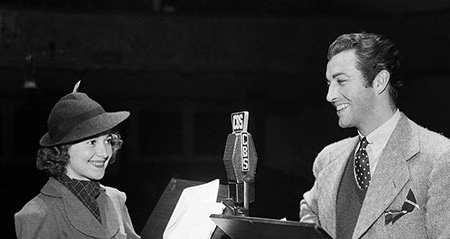 Warner Bros. paired her with an up and coming Tasmanian actor, Errol Flynn, in Captain Blood (1935). They would appear in seven more films together over their careers, and although Flynn and de Havilland were never linked romantically, both admitted to having crushes on each other at different times.

Little sister Joan had returned to attend the American School in Tokyo, graduating in 1935. Upon her return, she was relegated to playing Olivia's chauffeur since the older girl did not know how to drive. While waiting for Olivia in the Warner Bros. parking lot one afternoon, a studio employee came up to Joan and told her she should be in pictures and that he wanted to help. When Joan mentioned the good news to mother Lillian, she was admonished to stay away from Warner Bros., as that was "Olivia's studio". Mother also advised her that two de Havillands on the marquee would have been confusing, so Joan took her stepfather's name and signed a two-picture deal with RKO. 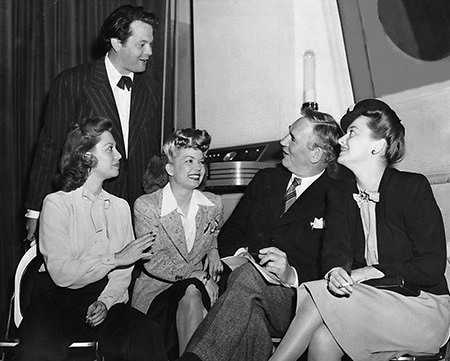 The sisters have two different versions of how Olivia won her most famous role, that of Melanie Hamilton in Gone With the Wind (1939). While the international search for an actress to play Scarlett was filling the news, director George Cukor called Joan to talk about the part of Miss Mellie. Because she was meeting with Cukor, Joan dressed in a chic outfit. Cukor took one look and told her that she was too stylish for the part he had in mind. Joan snipped that in that case, he should consider her sister. Cukor replied, "Who's your sister?"

Olivia reports that Cukor called her and asked if she was interested in doing something "highly illegal". She was to come in and secretly read for Melanie even though she was under contract with Warner Bros. If she was right for the part, Cukor and David O. Selznick would "find a way to make it work". At first, Jack Warner refused to loan Olivia so she secretly met with Mrs. Warner who lobbied on her behalf. GWtW swept the Oscars, but Olivia lost the statuette for Best Supporting Actress to cast-mate Hattie McDaniel (the first person of color to win an Oscar).

Joan was cast in Alfred Hitchcock's first American film, Rebecca (1940), opposite Laurence Olivier. Olivier had expected his lover, Vivien Leigh, to get the role, but Selznick wouldn't give it to her so soon after her success in GWtW, so Olivier was unkind to Joan for the entire shoot. It actually helped her performance as a frightened and tormented woman and she was nominated for Best Actress. 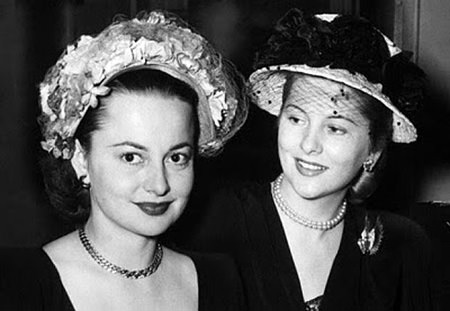 The sister's feud became public over the next year's Oscars. Olivia was nominated for Best Actress in Hold Back the Dawn (1941) while Joan was up for another Hitchcock film, Suspicion (1941). Joan had planned to skip the ceremony because she had been snubbed the previous year for what she felt was a better performance in a better film. Her sister insisted that she attend and they were seated at the same table during the ceremony. When her name was called, Joan froze, staring at her sister, recalling their lives together, "My paralysis was total."

The de Havilland Sisters became the first siblings to earn acting Oscars when Olivia won for To Each His Own (1946). At the ceremony she very publicly snubbed Joan, ignoring her when she offered her hand in congratulations because Joan had unkind words about Olivia's first husband a few months earlier.

In 1952, Olivia was invited to attend the Cannes Film Festival. Perhaps sensing that the Golden Age of Hollywood was closing, she elected to remain in France and effectively retired from films. In interviews, she maintained that the supposed feud between her and Joan was largely manufactured by studio publicity departments. Joan was always more forthcoming about their relationship, especially in her 1976 autobiography, No Bed of Roses.

A Star on the Hollywood Walk of Fame at 1645 Vine St honors Joan Fontaine's contributions to Motion Pictures. On February 8, 1960, a Star was dedicated at 6762 Hollywood Blvd to honor Olivia de Havilland. 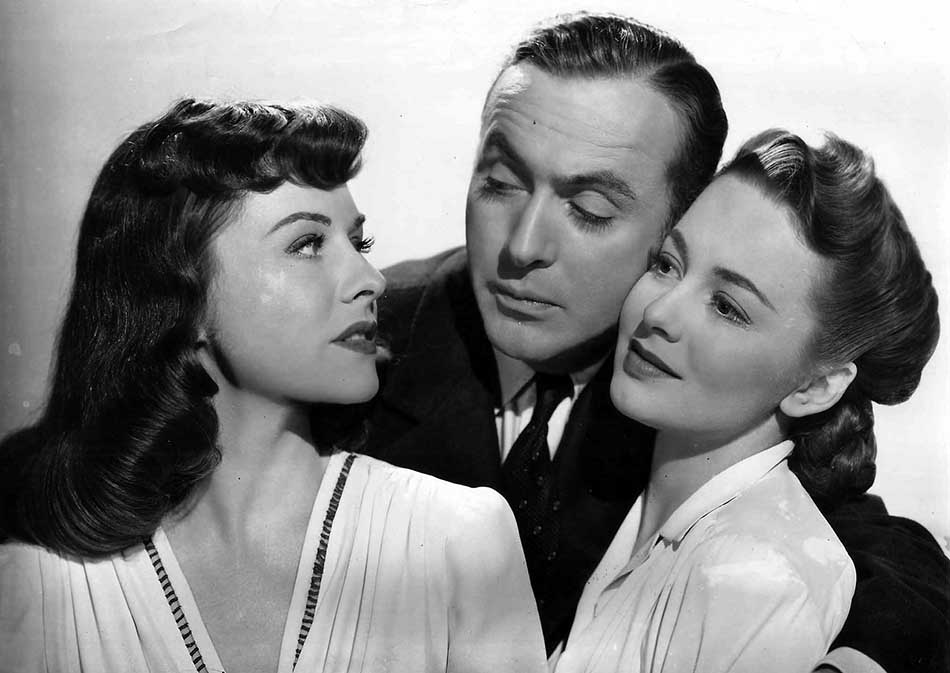