Her career began at age 11 with The Little Tough Guys acting company, she late found success in radio and television.

Choose your CD format
or order disks individually: Add to Cart Add to wishlist
Play a sample episode from March 11, 1951: 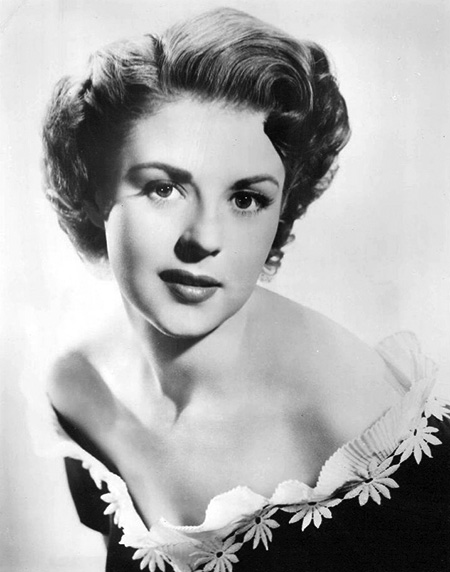 Glamor and beauty are a very important part of the Hollywood image, and they help to sell movie tickets, but they are not the most important features in a movie star's repertoire. Folks are willing to plunk down their hard-earned money at the box office for the chance to get away from their everyday lives for a brief time. To enjoy that, they need to see someone who can act.

Acting is a skill that can be learned, and for years acting practitioners believed that the most important parts of acting training were movement and vocal training. Acting on stage does take a physical toll, and one does need to be able to project their voice so that everyone in the theater can hear what is going on, but a truly skilled actor knows that to play a character they have to not only understand the character and his motivations, they have to become the character.

This is the heart of the so-called Stanislavski System. Stanislavski developed his system for the Moscow Art Theatre in the early part of the Twentieth century. After the October Revolution, Stanislavski's most gifted student, Michael Chekov, broke with his master and refined his techniques into what is call Method acting. Eventually, Chekov emigrated to America, where his teachings would impact Hollywood.

Mary Ellen "Mala" Powers was born in San Francisco, California, 1931, to journalist parents. The family moved to Los Angeles in 1940, and that summer little Mala was given a chance to attend a Junior Workshop at Max Reinhardt's school. Her first film role came at the age of 11 with The Little Tough Guys acting company in Tough as They Come (1942), but Helene Thimig, Reinhardt's wife, convinced her to continue with her studies rather than take the path of child actor. While studying with While studying with Chekov (whose students included Yul Brenner, Patricia Neal, Sterling Hayden, Anthony Quinn, Lloyd Bridges, Elia Kazan, Jack Palance, and Marilyn Monroe) she found work on radio, appearing on The Cisco Kid, Red Ryder, This Is Your FBI, Lux Radio Theatre, and Screen Guild Theatre, where she met and became friends with actress turned director/producer Ida Lupino. Miss Lupino was sufficiently impressed with Mala to give her the chance to star in Outrage (1950), which was to be only the second film after the Production Code to deal directly with the effects of rape. The same year, she played Roxanne to Jose Ferrer's Cyrano de Bergerac (1950), her best remembered role. 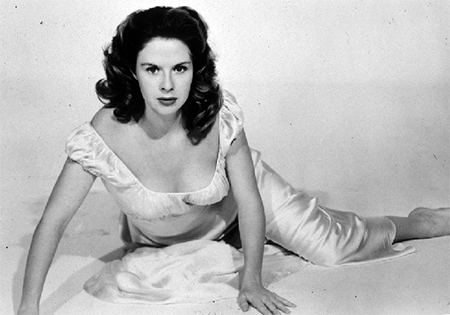 While visiting Korea during a USO tour in 1951, Mala was stricken by a near fatal blood disease. To make matters worse, she had a severe allergic reaction to the antibiotic she was given, resulting the loss of most of her bone marrow. She was in recovery for nine months, but returned to work in Rose of Cimarron (1952), and followed up with a series of B-Westerns. She found considerable success as a TV guest star, appearing in more than 100 episodes, including Appointment with Adventure, Crossroads, The Restless Gun, Bourbon Street Beat, The Rebel, Maverick, The Everglades, Bonanza, Mission: Impossible, Bewitched, The Wild Wild West, The Silent Force, and Cheyenne. She made several appearances on Perry Mason, usually as a defendant but once as a murderer and once as a murder victim.

After training for several years with Michael Chekov in both group and private sessions, Mala became very close to her teacher, and was named executive of his estate. She was instrumental in publishing or reissuing several of Chekov's books, and has taught the Chekov method in several different venues.

Mala Powers died of leukemia at Providence St. Joseph Medical Center in Burbank, California, on June 11, 2007. She was given a Star on the Hollywood Walk of Fame at 6360 Hollywood Blvd for contributions to Television.