Lionel Atwill established a successful career as a supporting player in horror films. 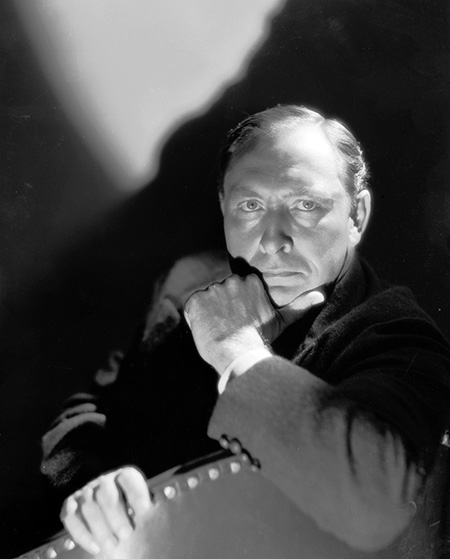 Perhaps the most valuable thing anyone can possess is their reputation. Nowhere can this be seen more clearly than in Hollywood where reputations are practically bought and sold like cans of soup. Earning a reputation as someone who makes money for the studios means having the world at your feet. Having a reputation for spreading glamor indicates that people associated with you will probably bring money into the studios. Having any sort of reputation for being a deviant and you could find doors suddenly closing in your face.

During the age when an actor and an actress and a bed could not be in the same scene together unless both parties had at least one foot on the floor (on opposite sides of the bed) any sexual "impropriety" could get you blacklisted.

A stiff-upper-lipped Brit, Lionel Atwill was born in London, 1885, and came to Hollywood via Broadway during the Silent Era. With a no-nonsense persona, he was used in several supporting roles, often as a cop but frequently as a doctor (however, the doctors he played tended to be guilty of a crime). One of his most notable parts was opposite Errol Flynn and Basil Rathbone in the swashbuckler Captain Blood (1935), but for many fans his greatest professional notoriety came from appearing in five of Universal's eight Frankenstein films, Son of Frankenstein (1939), The Ghost of Frankenstein (1942), Frankenstein Meets the Wolf Man (1943), House of Frankenstein (1944) and House of Dracula (1945).

Atwill quickly ensconced himself on the Hollywood party scene. His third wife was the ex-Mrs. General Douglas MacArthur, socialite Louis Cromwell Brooks. Louis was no stranger to minor scandal herself (it was thought that General "Black Jack" Pershing wanted her as well, soon after he married Louise, MacArthur was transferred from the cushy job of Superintendent of West Point to the Philippines). Parties at Lionel and Louise's Hollywood mansion were expected to get out of hand. 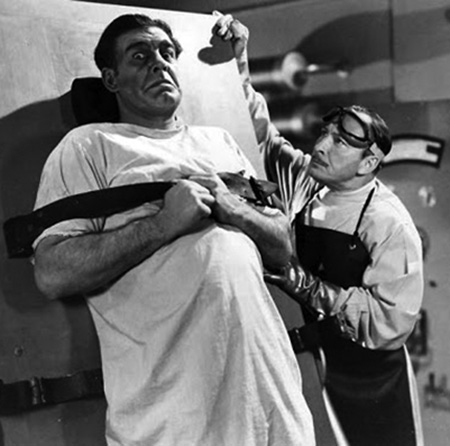 A Grand Jury heard testimony in the spring of 1940 of how then-16-year-old Sylvia Hamalein had been mistreated at a series of "lewd orgies" hosted at the Atwill home around Christmas. Several subpoenas were issued to investigate statutory rape. Atwill, who was mourning the loss of his son who was killed in action while serving with the RAF, denied that any "improper acts" had occurred at his home, and certainly none involving "the Hamalein girl". Hollywood society felt Atwill had "Lied like a gentleman" to protect figures in the film industry, and the matter was dropped for lack of evidence (Hamalein's pregnancy was not considered evidence). In the coming months, however, new witnesses and evidence surfaced and Atwill was charged with perjury before the Grand Jury.

Atwill was sentenced to five years' probation, which was eventually set aside, but the damage was done. Louise divorced him (and went on to her own fourth marriage which would end in divorce). The only place Atwill could find work was in Poverty Row studio features.

Lionel Atwill passed away from cancer-related pneumonia on April 22, 1946, at his home in Pacific Palisades. He was 61. At the time of his passing, he was playing the villain in a Universal science fiction/horror serial, Lost City of the Jungle (1946).