Best known for his role in Gone with the Wind, Leslie Howard joined the war effort and used his talents for the allied forces. 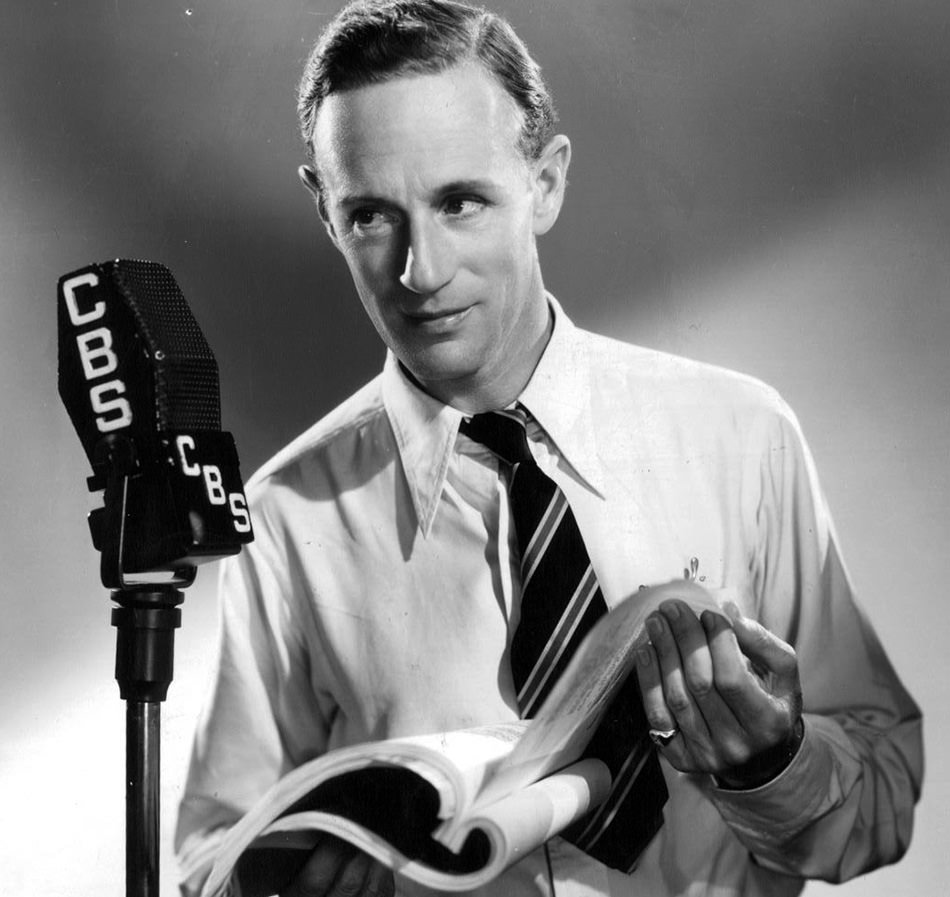 The premiere of Gone With the Wind (1939) was a landmark event in the history of Hollywood blockbusters. Rather than the movie capital of Hollywood or amongst the glitz of New York City, the premiere took place in Atlanta, Georgia, the regional capital of the Old South which figured so prominently in the film. The city of Atlanta held three days of celebration leading up to the premiere, including receptions, costumed and formal balls, and parades featuring the film company waving from the back of limousines driven through streets draped with thousands of Confederate Flags. Governor Eurith Rivers declared December 15, 1939, a state holiday and an estimated 300,000 people lined the streets to watch the procession of Stars driving to Loew's Grand Theatre on the corner of Peachtree and Forsyth Streets in downtown Atlanta. 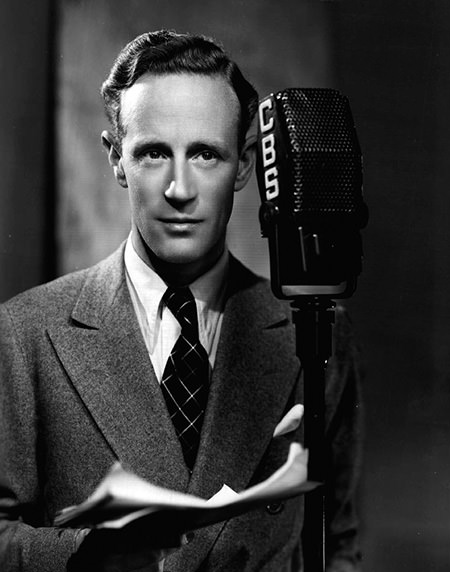 Some names were notably absent from what President Jimmy Carter would later recall as "the biggest event in the South during my lifetime". Sadly, Butterfly McQueen, Hattie McDaniel, and the other African American players were kept away from the premiere because of the prevailing "Jim Crow" laws (Clark Gable threatened to boycott the premiere on that basis but was convinced to attend after speaking to Hattie McDaniel). Another face missing from the procession was Leslie Howard, the British actor who had played Scarlett O'Hara's obsession, Ashley Wilkes.

Although Gone With the Wind would be the picture Leslie Howard is best remembered for, especially by his American fans, he seemed to hold the project with a bit of disdain, which his absence at the premiere seemed to reinforce. In actuality, Howard held the film as a whole with a great deal of admiration, it was the character of Ashley Wilkes that he was less enthused with. He later explained to his son in a letter, "I was still a little mystified by Mr. Wilkes. This character appears for a brief scene about once every three reels–regularly announces that the old south will never be the same again, that his world has gone for ever–and then vanishes into a private limbo for another three reels."

Even this was not the true reason Leslie Howard skipped the most important premiere in movie history. In 1939, Great Britain was embroiled in the Second World War, and as soon as his final takes and retakes were shot, Howard boarded a ship for England so that he would be present there to do his duty.

Born Leslie Howard Steiner in London, 1893, his father was a Hungarian-Jewish immigrant merchant, and his mother who had been raised Christian came from German-Jewish extraction. Raised in the upper-middle-class, Leslie was educated at Alleyn's School in London and worked as a bank clerk before the outbreak of the First World War. He served with the Northamptonshire Yeomanry but suffered from shell shock and was invalided out of the service in 1916.

His doctors recommended he take up acting as therapy. Howard married Ruth Evelyn Martin and began appearing in shows on London's West End, but he found his real success across the pond on Broadway. He appeared in Aren't We All? (1924), Outward Bound (1925), and The Green Hat (1925). He also displayed a keen understanding of how plays came together and often juggled duties as actor, producer, and director. He shared producing and directing credits for the fantasy Berkeley Square (1929) and starred in both the play and the 1933 film version. He also produced and starred in 1935's The Petrified Forest which ran for 197 performances featuring newcomer Humphrey Bogart as the "heavy".

Hollywood used Howard mostly as "the perfect Englishmen, slim, tall, intellectual and sensitive" during the early Thirties. After an Academy Award nomination for Berkeley Square, he brought the title role of The Scarlet Pimpernel (1934) to the screen. "The Pimpernel" is considered the forerunner of the modern costumed super-hero genre and made it his mission to save French aristocrats from the guillotine during Robespierre's "Reign of Terror" during the French Revolution. Next, he got the call to reprise his role in The Petrified Forest (1936). Although the film was intended as a vehicle for Warner Bros star Bette Davis, Howard insisted that Humphrey Bogart be allowed to play the part of gangster Duke Mantee. Bogie's menacing presence stole the picture and gave him a foothold in Hollywood. In gratitude, he and Lauren Bacall later named their daughter Leslie Howard Bogart. 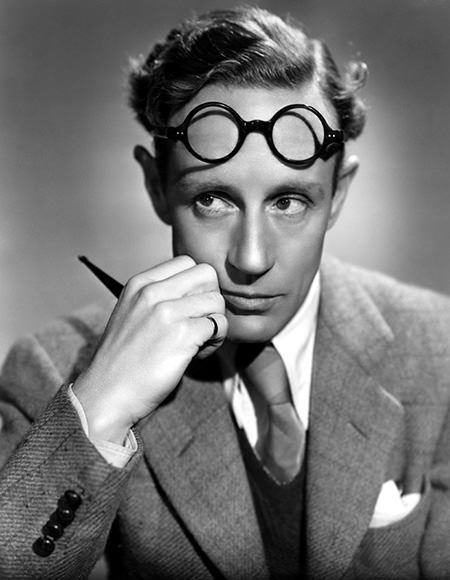 When he returned to England after Gone with the Wind, Howard began looking for ways that he could best serve. He even considered going back to his old regiment: "I was in the Northamptonshire Yeomanry in the last war. It's mechanized now, but I daresay I could polish a tank as well as groom a horse." He was advised that he could make the greatest contribution sticking to his own job, and soon he was making a weekly broadcast over the British radio network, appealing to Americans (who had yet to enter the War) for support.

He also made a series of films which were thinly veiled propaganda. 49th Parallel (1941) was the story of the hunt for a Nazi raiding party run amok in the wilds of Canada. Howard retooled the character of The Scarlet Pimpernel to fit in Vichy France for "Pimpernel" Smith (1941) and told a stirring tale of aviation heroics in The First of the Few (1942, released in the U.S. as Spitfire). His co-star from the last picture, David Niven, said of Howard that he was "...not what he seemed. He had the kind of distraught air that would make people want to mother him. Actually, he was about as naïve as General Motors. Busy little brain, always going."

Leslie Howard's death is the basis of one of the Second World War's most notorious conspiracy theories. On June 1, 1943, Howard boarded BOAC Flight 777 in neutral Lisbon, Portugal, bound for Bristol, England. The civilian DC-3 aircraft was attacked by German fighters (which were well beyond their normal patrol area) and all aboard, including a number of British officials and businessmen with ties to Portugal, were killed.

One possible conspiracy theory holds that the flight was attacked because the Germans had intelligence that Winston Churchill was on board. Howard's agent was travelling with him, a stocky gentleman with a fondness for cigars, and Churchill was, in fact, scheduled to travel that day but rescheduled (the prime minister would not, however, been travelling on an unescorted aircraft). There is also supposition that Howard was the target of the attack. Nazi propaganda minister was said to have had a personal hatred for Howard because of the success of his films and the fact that GWtW was Adolf Hitler's favorite film. One biographer has propagated rumor that Howard had traveled across Portugal to help convince Francisco Franco to keep Spain neutral. Finally, there is supposition that British Intelligence knew of the impending attack on Flight 777, but kept quiet to prevent exposing the effectiveness of the ENIGMA code-breaking machines.

When notice of Leslie Howard's death was published in The Times, the same issue carried notice of the death of "Major William Martin", a piece of disinformation related to Operation Mincemeat. The "Major" was, in fact, the body of a homeless person which would be dressed in a Royal Marines uniform and planted with false documents describing Allied plans for the invasion of Italy. The body was set adrift from a submarine and washed ashore on the Spanish coast where it was turned over to German officials. Nazi intelligence bought the ruse.

In 2015, a documentary, The Man Who Gave a Damn (referencing the famous line from GWtW, "Frankly, my dear, I don't give a damn") was released chronicling Howard's life and contributions. A Star on the Hollywood Walk of Fame at 6550 Hollywood Blvd. The Star lies in front of the Shiekh Shoes Men's Footwear Store.