Heroes of the Merchant Marine

Thrilling tales of men who faces a hostile sea and an even more hostile WWII enemy.

Choose your CD format
or order disks individually: Add to Cart Add to wishlist
Play a sample episode from January 24, 1946: 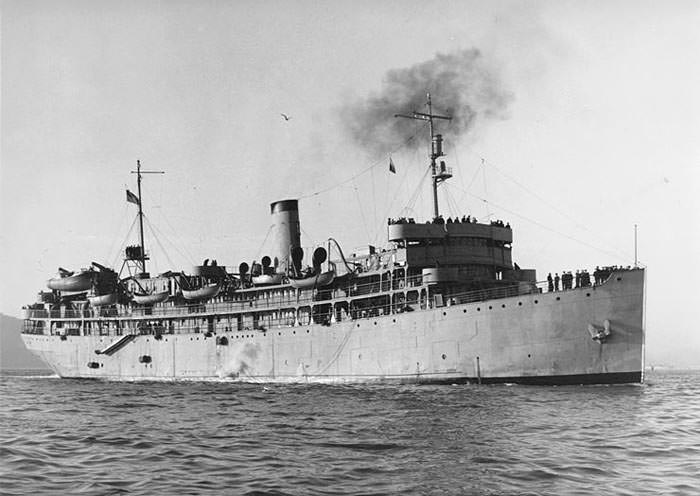 1945, syndicated by the War Shipping Administration

The United States was largely isolationist until the attack on Pearl Harbor. The mobilization of the whole country onto a war-footing is a thing to be marveled at. Sacrifices were made at home so that our boys on the fighting fronts had the best equipment and materiel to fight with. The industrial might of the nation answered the call, but all the tanks, rifles, bullets and beans wouldn't mean a thing if they remained on the docks. 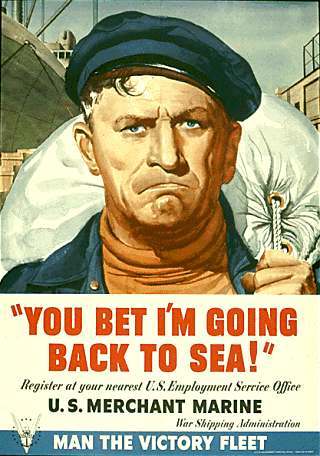 Commercial seafaring has a long tradition in the US. During the years before the war all of our trade with the Old World and the nations of the Pacific came by sea, and American ingenuity did its best to see that as much of that commerce as possible came in American hulls. The Merchant Marine Act of 1936 made American Mariners military personnel in time of war.

And they did fight! The enemy knew that the Allied effort would come to a standstill if the supply chain could be cut. So they throw the strength of the Luftwaffe and the fearsome U-Boats at merchant sea traffic. Although the merchant ships were usually provided with a US Navy gun crew, they were for the most part defenseless against attack. The ships would try to sail in convoy under the protection of a Naval Escort, but they were still big, slow moving targets. And if a ship had to slow for mechanical reasons, a common enough occurrence in peacetime sailing, the convoy would be forced to leave it, and its crew, behind without protection.

The losses of the merchant marine were a closely guarded secret in the beginning years of the war. As the Allies began to gain an upper hand in the Battle for the Sea Lanes, the War Shipping Administration was allowed to glorify some of the heroes that trod its decks. One of these efforts was the syndicated drama Heroes of the Merchant Marine. The programs were very dramatic, and highlighted the efforts made by mariners to save their ships, and most of all there shipmates, after attacks.

Heroes of the Merchant Marines, and programs like it, such as Its Maritime and Men at Sea which were very effective recruiting tools for the Merchant Marine. See also WWII Collection,The Man Behind the Gun, and I Sustain the Wings.