When the newspaper truck drivers went on strike in 1945, Mayor La Guardia had the comics read to the children of the city including The Adventures of Superman, Little Orphan Annie, Archie Andrews, Gasoline Alley and Red Ryder.

Choose your CD format
or order disks individually: Add to Cart Add to wishlist
Play a sample episode from July 03, 1945: In high school history class, we studied the stone age, the iron age, and the industrial age. When historians look back on the first quarter of the 21st century, they will report how the explosion of the Internet and mobile communications gave rise to the Information Age. However, the Information Age did not begin with computers. The dawn of the information age goes back to the first printing press. Arguably, the zenith of printed information is seen in the New York newspaper industry of the 1940s. 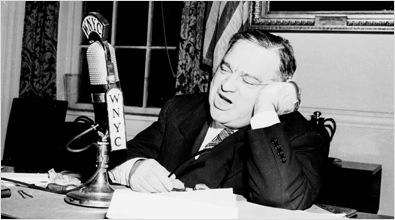 In 1945, there were eight major daily newspapers in New York City. Countless reporters, photographers and artists created the stories which filled the pages. Ad men were the link between the paper and the merchants whose advertisements were the real income for the paper. Editors decided how it would all be placed on the pages, and the pressmen created the final product: ink on paper. All of it meant very little, however, if the papers did not get into the hands of the readers.

Citizens of the Big Apple could get their daily news fix from one of 14,000 newsstands, unless they found the paper in their porch in the morning with their daily milk delivery. The chain was broken on Saturday morning, June 30, 1945, when the truck drivers who carried the newspapers from the printer to the newsstands struck. 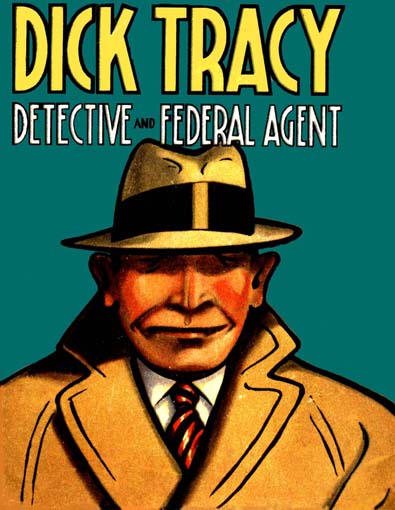 It is hard to imagine a time when New Yorkers would have been more hungry for news. It was the last summer of the War. FDR was traveling to Potsdam to meet with Churchill and Stalin to begin shaping the post-war world. B-29s were in the air over Japan trying to soften her up before the anticipated Allied Invasion.

Closer to home, what was happening with Dick Tracy, Little Orphan Annie, Joe Palooka, Popeye and the other residents of the Funny Pages? There would be little expectation for peace at home unless these questions were answered for the kids (and grown-ups) who were addicted to their daily comic strip fix.

Mayor LaGuardia came up with a temporary solution when he appeared before the microphones of WNYC on Sunday, July 1, and did his best to read the funny papers to his junior constituency. The Mayor's attention would have been dominated by more weighty issues, so for the remainder of the strike, local comics were called upon to do the on-air reading on Comic Parade. Readers included Harry Hershfield, Joe Laurie Jr., Russ Brown, "Senator" Ed Ford, Peter Donald, Howard and Sheldon, Irving Fisher and Chic Cohen.

The Mayor was generally considered a friend to labor, so the efforts of LaGuardia and the others can hardly be called strike busting. Comic strips read over the radio are a poor substitute for words and pictures on the printed page. However, shows like The Adventures of Superman, Little Orphan Annie, Archie Andrews, Gasoline Alley and Red Ryder show that there is potential to move from one medium to another, which has interesting implications as the Information Age transitions from TV to the 'net.