By the early 1950's, sponsors were beginning to abandon radio for television, but nothing on the small screen had the class and sophistication of NBC's The Big Show. Although Mistress of Ceremonies, Tallulah Bankhead and her guests from the world of entertainment were definitely "upper crust", Miss Bankhead's friendly and accessible manner meant that the program was as entertaining in the parlor as it was in the garage.

Choose your CD format
or order disks individually: Add to Cart Add to wishlist
Play a sample episode from December 03, 1950: 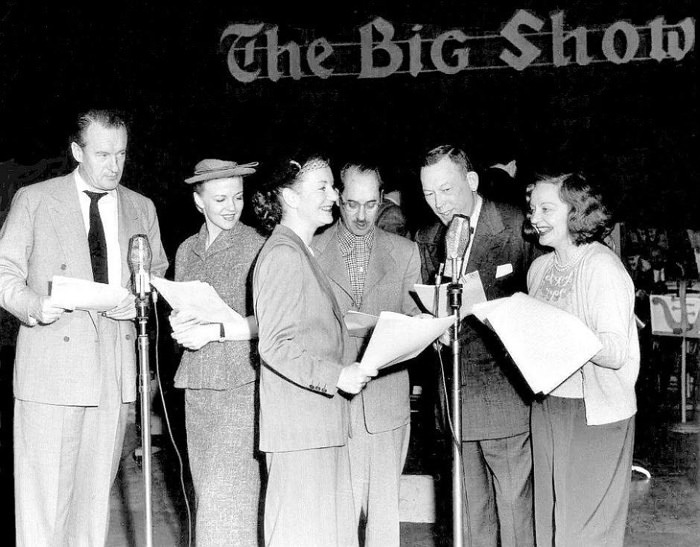 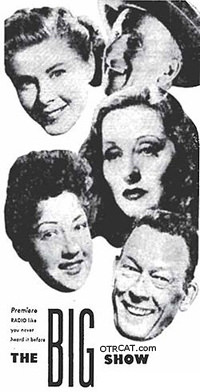 Hosted by Tallulah Bankhead, "mistress of ceremonies," The Big Show competed against The Jack Benny Program and The Charlie McCarthy Show for the attention of Sunday night radio listeners.

Text on OTRCAT.com ©2001-2014 OTRCAT INC All Rights Reserved-Reproduction is prohibited.

Put on your high-flying slippers and pull your oversized armchair to the enormously roaring fire, because this is going to be an extravagant night full of huge laughs and grandiose entertainment.