During the early part of her career Barbara Britton appeared in a number of guy films, swashbucklers and Westerns. She found great success as The Revlon Girl on TV's The $64,000 Question and appeared on more than 100 magazine covers in one 24 month period. 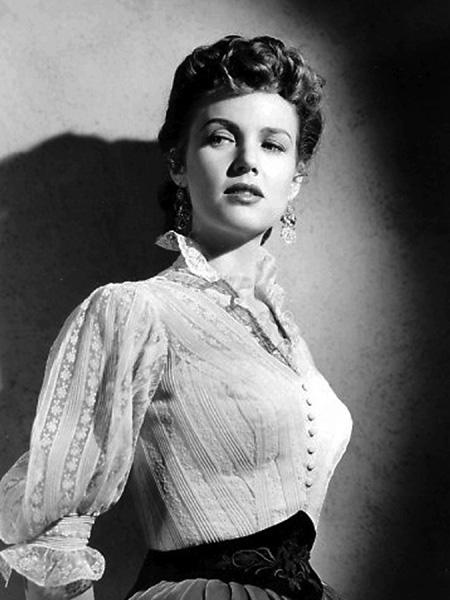 During a period when most starlets were being featured as pin-up girls to remind America's fighting men just what they were fighting for, Barbara Britton was being featured as a makeup and beauty products model to show American women how to fight for their men! Over one 24 month span, her picture was displayed on the covers of more than 100 different magazine covers, including Ladies Home Journal, Woman's Home Companion, and McCall's. One article read "Today Barbara Britton's picture has appeared on more national magazine covers than any other motion picture actress in the world." Interestingly, her film career was largely built on "guy pictures", which is to say swashbucklers and Westerns.

Born Barbara Maurine Brantingham in Long Beach, California, 1919, the hazel-eyed blond came from a very religious family and taught Sunday School for a time. She attended Long Beach Polytechnic High School and majored in speech and drama at Long Beach City College. Her original plans were to be a speech teacher, but as her schooling progressed she became more interested in acting. Her very conservative parents were not amused when she began to work in local productions.

There are two different stories of Barbara's "discovery". The more popular version has it that while representing Long Beach in the annual Pasadena Tournament of Roses Parade in 1941, a Paramount talent scout saw her picture on the front page of a local newspaper, and began to hunt the pretty girl down to offer her a screen test. Another version claims that the talent scout saw her in a college production of The Old Maid, and "three weeks later she was signed by Paramount Pictures as a stock player."

The studio complained that Brantingham was too long to fit on a marquee, so Barbara chose the cherished family name of Britton for a stage name. She had small parts in the western film Secrets of the Wasteland and the Bob Hope musical Louisiana Purchase in 1941. The three films Barbara is best known for are Captain Kidd (1945) with Charles Laughton and Randolph Scott, The Virginian (1946) with Joel McCrea, and Gunfighters (1947), again with Randolph Scott. Barbara appeared in 26 films during the Forties. 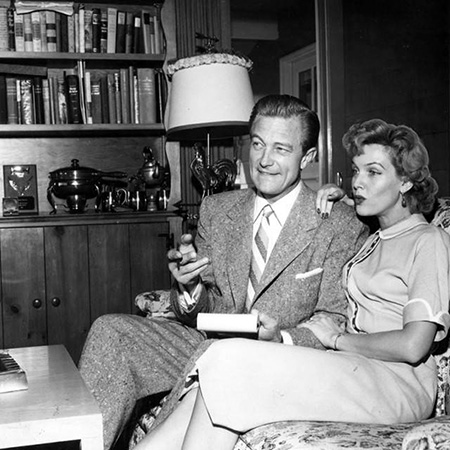 Moving to the small screen was a relatively easy transition for pretty Barbara. She was most recognizable during the live broadcast era, doing commercial spots for Revlon Beauty products on The $64,000 Question. Her Revlon association was also responsible for getting her on all those magazine covers. During the 1952 to 1954 seasons, Barbara starred with Richard Denning on the TV version of Mr. and Mrs. North. The program had been on radio since 1942, starring Alice Frost and Joseph Curtin. Britton and Denning took over the radio roles at the beginning of the TV series and kept them for a year after the TV show was cancelled.

Barbara starred as Laura Petrie with Carl Reiner in the pilot Head of the Family in 1949. The pilot was not successful, so Reiner retooled the concept to create The Dick Van Dyke Show and the role of Laura went to Mary Tyler Moore.

Back in 1944, Barbara had a nervous breakdown brought on by overwork and exhaustion. A friend at the studio recommended the services of a physician and psychoanalyst named Dr. Eugene Czukor. Barbara not only made a full recovery, she fell in love with her doctor! They were married on April 2, 1945, when Barbara was 24 and Czukor was 48. They had two kids and remained together for the rest of her life. Barbara Britton died of pancreatic cancer on January 17, 1980. She was 60. Czukor passed away in 1989.

A Star on the Hollywood Walk of Fame at 1719 Vine St was dedicated on February 8, 1960, to honor Barbara Britton's contributions to Television.