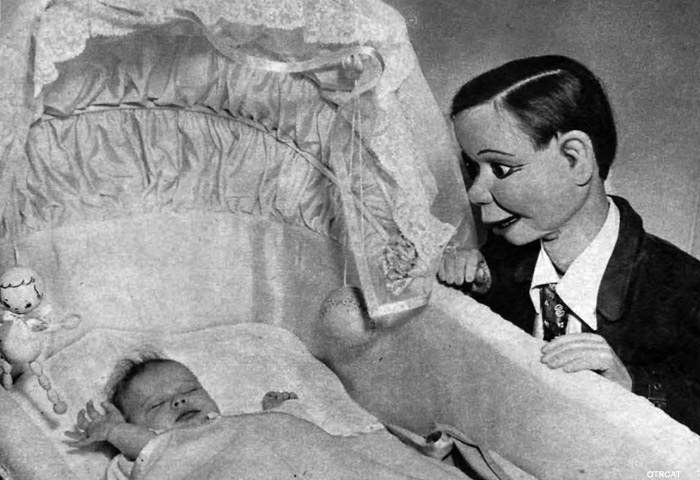 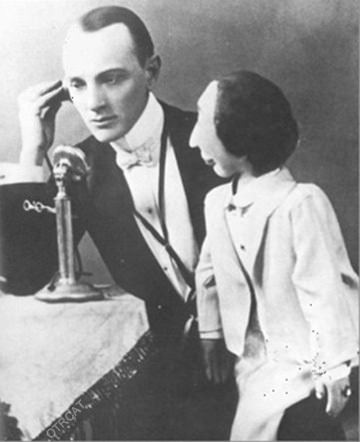 How many forms of entertainment began not only as a religious practice but an explanation for what the French refer to as "Belly Noises"? The Greeks called it "Gastromancy"; the noises originating from the stomachs of religious figures were thought to be the voices of the dead, which could be interpreted to predict the future. The Roman's referred to this practice with the Latin word for belly (venter) and speaking (loqui), which became Ventriloquism.

Let's skip ahead through the centuries to the Vaudeville houses of the late 19th and early 20th centuries. Ventriloquism has lost its religious over tones (did we mention that the practice was thought to be witchcraft during the Middle Ages, but then again, what wasn't considered Witchcraft during the Middle Ages?) Comic ventriloquism became popular with audiences. The early Vaudeville ventriloquists emphasized tricking the audience with their ability to throw and change their voices, largely ignoring the comic potential of the craft. Popular vaudeville ventriloquist Jules Vernon had as many as seven puppet characters on stage who would exchange dialogue with each other as well as Vernon. British ventriloquist Fred Russell is credited as the first to have a single figure perched on his knee.

"He's a ventriloquist on the radio -
how do you know he's not moving his lips?"

Fred Russell and Edgar Bergen are both considered as Fathers of Modern Ventriloquism, but the "Grandfather" was Harry "The Great" Lester. "Ventriloquism is a matter of artful deception wherein the tongue is quicker than the ear" was the Great Lester's description of his craft. Lester had been a circus performer as a boy in Europe, and didn't see a ventriloquist until he was 20. He became entranced with the craft, and began to study it intensely. He is credited with developing the wooden dummy when his paper mache' figures were destroyed in his luggage before a Chicago performance. Because Lester played the "straight man" in the routine, he made his dummy, Frank Byron Jr., as lively and expressive as he could. The Great Lester's claim to be the first to have his dummy talk while he drank water from a glass is in dispute, but he did develop the routine of having Frank blow out his matches while he tried to light a cigarette, as well as the three way conversation between himself, Frank, and a distant voice on the telephone. Unfortunately the Great Lester only made a single television appearance, and no know radio appearances, so his work is mostly lost. The Great Lester was an enthusiastic teacher of ventriloquism, and developed an almost zen-like course of articulation and breathing exercises which would give the student at least the technical knowledge of ventriloquism. One student was a kid from Chicago who would become known as Edgar Bergen. At the age of eleven, Bergen taught himself ventriloquism from a pamphlet (years later he would share with audiences of the Rudy Vallee program that he had learned from none other than the Great Lester). Later Bergen would commission Chicago woodcarver Theodore Mack, in whose shop Lester created Frank Byron Jr., to sculpt a head which resembled a wisecracking Irish newspaper boy form his neighborhood. This head would become Bergen's lifelong side kick, Charlie McCarthy.

Young Edgar Bergen entered Northwestern University in Chicago, financing his education by performing with Charlie. Soon enough show business got into his blood and he dropped out of school in 1924-25. While playing parties and night clubs in New York he was discovered by Rudy Vallee, who booked him to appear on his Fleischmann's Yeast Hour. Bergen first appearance on Dec 17, 1936. The act was sucha hit that Vallee wanted to sign it for the next 13 weeks, Unfortunately Bergen only had about three weeks worth of material! The following May, Bergen and McCarthy began an 11 year run as the centerpiece of The Chase and Sanborn Hour. 3 Ventriloquism has long been associated with supernatural forces; its very beginnings were as a religious practice of divination. As Spiritualism grew into stage magic and escapology, so grew ventriloquism as stagecraft. Writers of Radio Thrillers never lost track of the potential for ventriloquism to be frightening.

The Phyl Coe Mysteries give us a fun ghost story with the ghost playing the ventriloquist's voice. When an American and British ventriloquist develop a dislike for each other on Escape, it is the dummy who is really making trouble. (One of the best quotes of the show is when they dummy announces: "If you're worried that I'm going to make love to your wife, don't! I WILL!!")

Ronald Colman presents a Favorite Story which involves a sad woman who has fallen in love with a handsome young ventriloquist, but the dummy has a surprising end for the tale "The Glass Eye". Ray Bradbury's story "Rhiabouchinska" is another creepy tale of murder and a ventriloquist's dummy that isn't all it appears told on Suspense.

Murder and deception are always part of the scene on Quiet Please, but the phony stance racket in "3000 Words" is especially chilling, with the crippled con-man and his evil dwarf brother, who are both ventriloquists! As if the Inner Sanctum could ever get creepier, when the ventriloquist is murdered by his wife and her lover, the dummy finds a way to get justice. 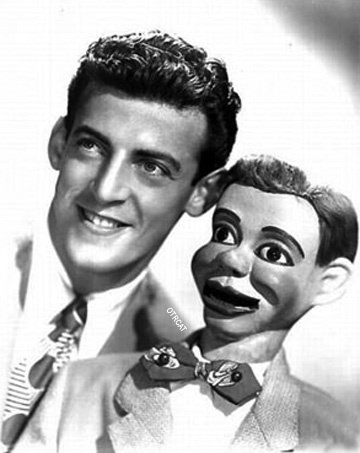 Paul Winchell was on a path to similar success as Edgar Bergen. Winchell learned ventriloquism while recovering from polio at the age of 13, and when he returned to school his art teacher allowed him to built his dummy in class. The dummy, Jerry Mahoney, was named for the art teacher. Winchell and Mahoney had a short lived program on the Mutual network, and the pair played substitute host on a few morning shows, but found their real success on television during the 50s and 60. Paul Winchell also did voice work, best remembered as the voice of Tigger in Disney's Winnie the Pooh. 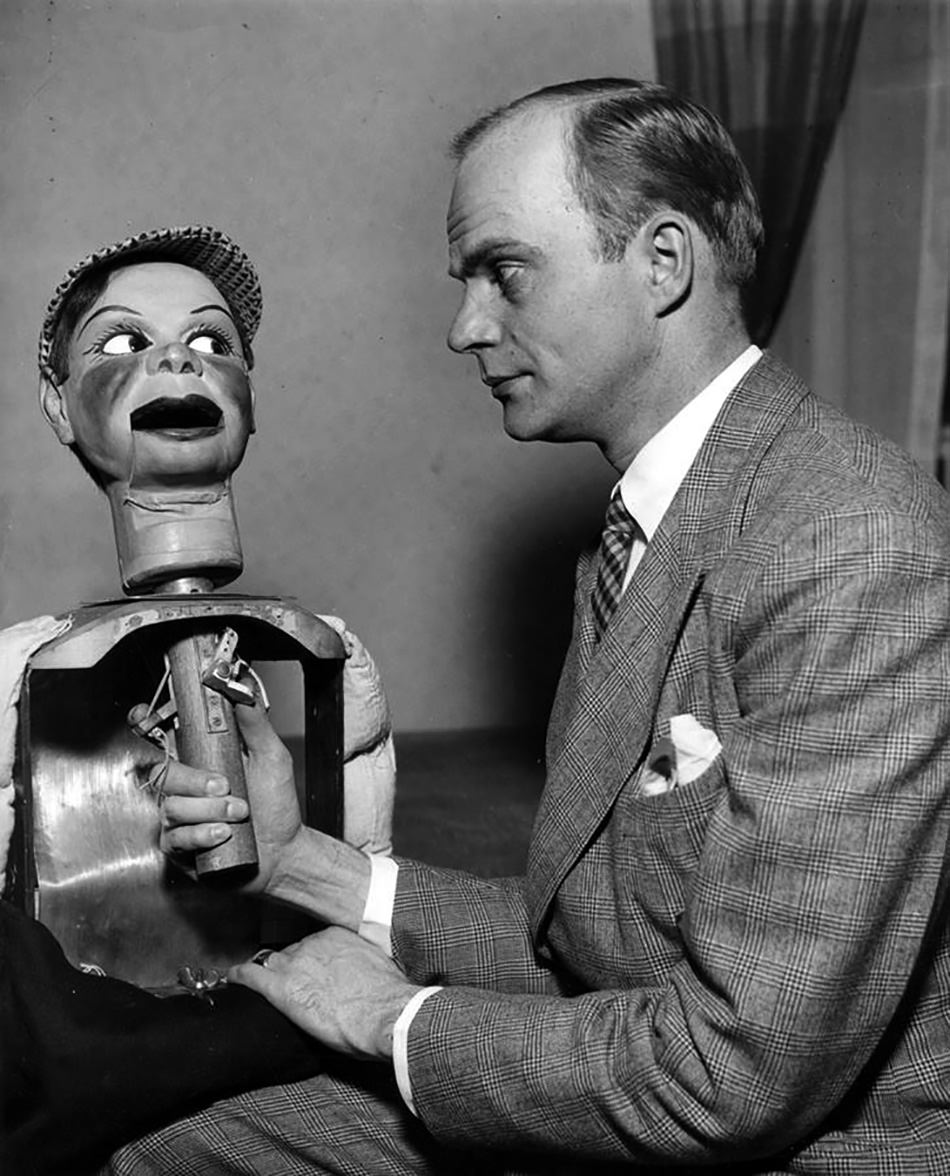 Spoiler : I have recently become interested in OTR and I love your site! I am a big fan of horror/suspense. I was thinking of getting "Suspense". Also, I am a ventriloquist so anything pertaining to ventriloquism interests me. I noticed you have a very nice collection of Edgar Bergen that I plan on purchasing soon.

Reply
Spoiler : I just listened to Suspense's 2nd audition show, about a demented ventriloquist's dummy. I mention it because Art Carney was the voice of the demented British-accented dummy. Spooky ending.

Reply
Spoiler : When you are in "that theater of the mind." You actually believe, for that thirty minutes or an hour, that Charlie McCarthy is real.

Reply
Spoiler : I love Bergen. On radio, the ventriloquism didn't really matter. It was the delivery that was awesome.

Reply
Spoiler : I’m no expert, but I would guess that much of the effectiveness in getting across a ventriloquist act is in getting the conversational rhythms right and not so much in keeping one’s mouth still. I assume also, that the show was also done live, which helped keep the conversational illusion alive. Just a guess.

Reply
Spoiler : It IS a great idea. People used to use their imaginations a lot more than they do today. It's really no different than any Funnyman/Straight man act.

Reply
Spoiler : I met my Wonderful Wife doing Vent. Was asked to entertain at a Hospital. I was 16. (1953). With my Puppet, went from Bed side to bed side. Met this cute girl (15) a patient. We wrote, dated 3 years and Married. It's MAGIC. We then did an Illusion and Vent.Show together. Started to do Puppet, Magic, Vent when I was 12, to supplement Family as we were a Welfare Family at the time. Hobby, then Ad-Vocation for over 75 years.