Terry Moore got her start standing on a galloping horse as a child actor, tamed a giant gorilla, and was still just a kid when she secretly married millionaire Howard Hughes.

Choose your CD format
or order disks individually: Add to Cart Add to wishlist
Play a sample episode from February 15, 1948: 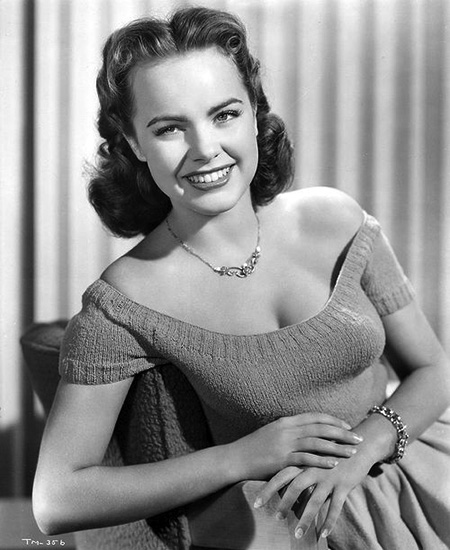 In a place where scandal is as common as it is in Hollywood, there is little wonder that secrecy became so pervasive. The ability of the players in Movietown to actually keep their secrets would dismay any national intelligence agency. Not only is there an entire gossip industry which revels in digging out celebrity secrets, the celebrities themselves will let things slip on the theory that any publicity is good publicity.

One player who was actually quite good at keeping secrets was the flamboyant yet reclusive Howard Hughes. Of course, Hughes had so many secrets that a few were bound to get out. One of them was his secret marriage to Terry Moore.

Terry was born Helen Luella Koford, 1929, into a Mormon family in the then rural Glendale, California. She worked as a child model when the family moved to Los Angeles and made her film debut in the Walter Brennan film Maryland (1940). Several years later she would appear on the cover of Life magazine as "Hollywood's sexy tomboy", she said that she was allowed to work with Brennan only because she could ride standing on the back of a horse. She worked under several names early in her career and was billed as Jan Ford when she played Bumps Smith on Mutual's The Smiths of Hollywood in the forties.

Helen Koford was still a 15-year-old high school girl when Hughes first took notice of her. "Later he arranged an 'accidental' meeting in the dining room of the Beverly Wilshire Hotel," she recalled. "He came over and sat down and stared at me." Although Hughes would be linked with a number of Hollywood beauties, including Katharine Hepburn, Jean Harlow, Bette Davis, and Ava Gardner, he seemed to be genuinely smitten with Koford, who would soon adopt the stage name, Terry Moore.

Hughes gained control of RKO Studio's in 1948, and Terry's breakout role would be starring in Mighty Joe Young (1949, she was loaned from Columbia). Although the film was not quite a direct rip-off of the studio's early success, King Kong (1933), the story was quite similar and the same creative team was responsible for animating the giant ape. 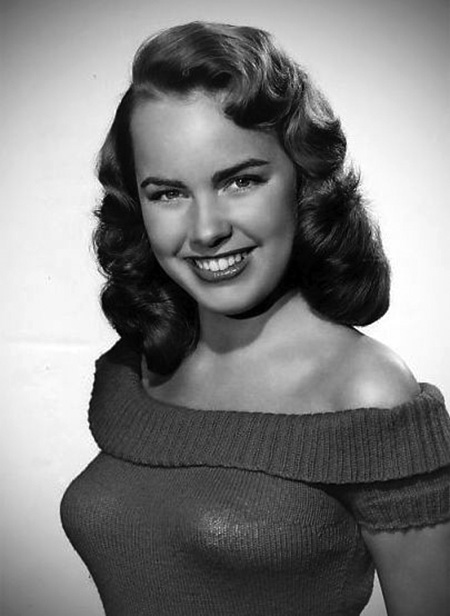 Hughes taught Terry to fly and she became a licensed pilot. They were apparently secretly married at sea aboard Hughes' yacht in 1949. There is no record of the marriage, and no divorce, although both Howard and Terry would openly marry other people. Despite the apparent lack of proof, the Hughes Estate acknowledged the marriage when it paid Terry a settlement (reportedly $400,000) in 1984.

Terry was nominated for Best Supporting Actress in Come Back Little Sheba (1952). About the same time, she was married to Heisman Trophy winner Glenn Davis, supposedly under encouragement from her studio. The marriage lasted a year. She continued to work in films and married Eugene McGrath in 1956, divorcing in 1959. Just a few months after her divorce from McGrath, Terry married Texas oilman Stuart Cramer III, with whom she would have two children.

At the time of his marriage to Terry, Cramer had recently been divorced from actress Jean Peters. The Cramer-Peters marriage had been a somewhat whirlwind affair, they married after knowing each other just a few weeks and split after just a few months. Peters sought the divorce from Cramer so that she could marry Howard Hughes.

When Jean Peters divorced Hughes in 1971, she accepted a lifetime alimony of $70,000/year and waived any claims to the Hughes estate. Terry Moore never sought alimony from any of her four divorces, or from Hughes whom she never divorced, if indeed they were actually married. She was widowed by Jerry Rivers in 2001.

On February 1, 1994, a Star on the Hollywood Walk of Fame at 7076 Hollywood Blvd was dedicated to honor contributions to Motion Pictures by Terry Moore.