Green-eyed beauty was a rising star in the 1950s, she was typecast as "sexy spitfire." 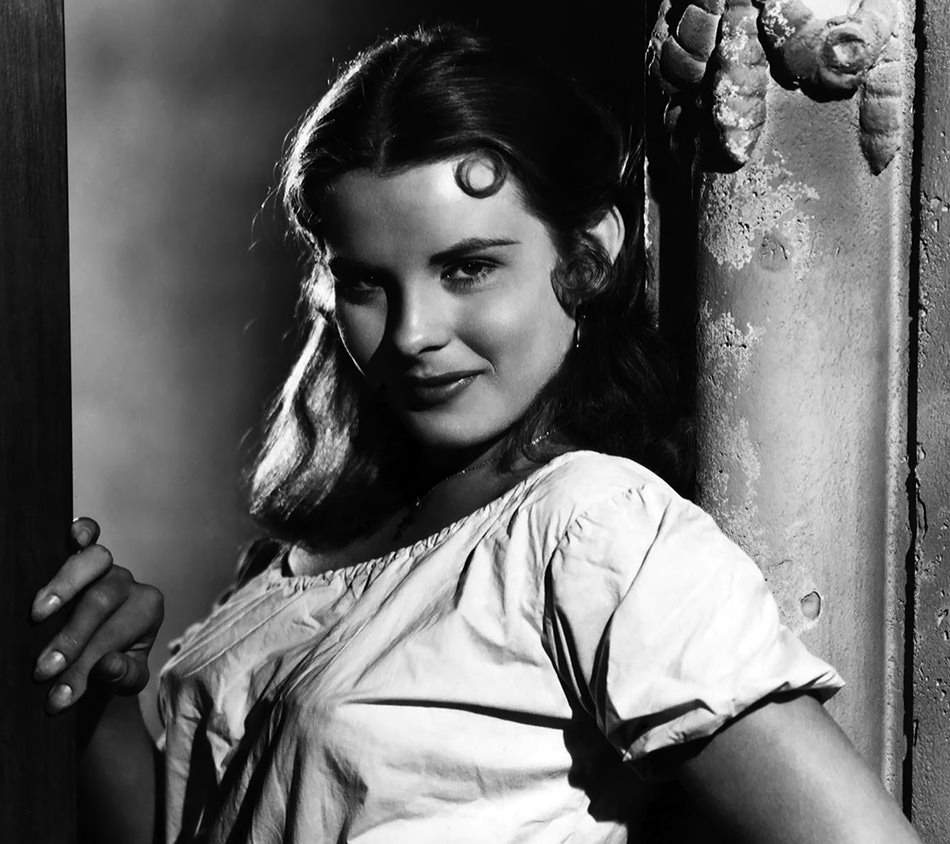 Even though she did her best to avoid becoming part of the publicity department driven Hollywood Machine, pretty Jean Peters would have been just another beautiful starlet in a town overflowing with beautiful starlets if it had not been for Howard Hughes. Peters was most comfortable playing down-to-earth roles and usually avoided glamorous parts.

She was attractive enough that she might have gone into competition with Marilyn Monroe for sex-symbol status. Instead, she became good friends with Marilyn while they both worked at Fox. Biographers have noted that in all their research, nobody in Hollywood had a single bad thing to say about Jean Peters. Sadly, nice girls are easily forgotten by the Hollywood machine, and the same thing would have probably happened to Jean if not for Howard Hughes's influence in her life.

Elizabeth Jean Peters was born in the small town of East Canton, Ohio, 1926. After graduating from East Canton High School, she entered the University of Michigan before transferring to the Ohio State University where she majored in literature with hopes of becoming a teacher. While at Ohio State she entered a popularity contest and won. The grand prize was a screen test with 20th Century Fox, and she drove to Los Angeles with her mother. According to popular legend, Darryl F. Zanuck only needed to take one look at the dark-haired, green-eyed buxom beauty before saying "Sign her!"

Armed with a seven-year, $150/week contract, she was soon given the female lead opposite Tyrone Power in Captain from Castile (1947), the picture was also the initial screen outing for Jay Silverheels who would later become Tonto on TV's Lone Ranger series). The popularity of Captain from Castile led her to be typecast as "sexy spitfires", even though she was sometimes suspended for refusing roles that she thought were too sexy.

Miss Peters was almost notorious for avoiding the standard Hollywood publicity machine. Rather than networking in the studio commissary, she would picnic on the set with members of the crew. She disliked Hollywood nightlife and dating (she was also noted for always arriving on time for early morning makeup calls). One date she did go on was with a Fourth of July Party on Santa Catalina Island with Audie Murphy. To Murphy's dismay, another of the attendees was none other than Howard Hughes. Hughes convinced several of the guests into taking an airplane ride with him, and he pointedly put Jean next to him in the copilot's seat.

Howard and Jean dated for the next ten years, in fact, there were rumors (untrue) that they had secretly married. They got together almost weekly to watch movies in one of Howard's screening rooms (his interests at the time included RKO Studios, Hughes Aircraft, TWA, and the Hughes Tool Company).

Jean's breakout part was the title role in Anne of the Indies (1951), in which she played a lady pirate. She followed that up with Viva Zapata (1952) opposite Marlon Brando. She also appeared in her first collaboration with Marilyn, As Young as You Feel (1951). In 1953, Jean beat out Marilyn for the lead in Pickup on South Street. Director Samuel Fuller passed over the Blond bombshell in favor of Peters because Marilyn looked "too innocent looking". Monroe did help Peters to prepare for the part by teaching her a "sexy shuffle". Jean enjoyed the part but wanted no more siren roles. "I'm just not the type. On Marilyn Monroe it looks good. On me it would look silly".

Jean paired again with Marilyn in Niagara (1953). As originally written, Jean's character was the female lead, but as Marilyn's star was rising, the script was rewritten to put her at the fore. She was flown to Rome to shoot Three Coins in the Fountain (1954). While in the Eternal City, she met Texas oilman Stuart Cramer. Despairing that her relationship with Hughes would ever amount to anything, she agreed to marry Cramer after knowing him just a few weeks. They separated after just a few months and 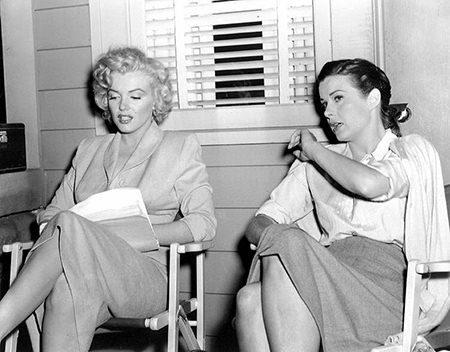 Jean restarted her movie career. After divorcing Cramer in 1957, Howard and Jean were married in a secret ceremony in Tonopah, Nevada, and later openly on his yacht off Miami Beach.

After marrying Hughes, Jean dropped out of public view. Howard put her up in a private mansion in Bel Air while he began his famous seclusion in the penthouses of his Las Vegas hotels. The couple still met almost weekly to watch movies, and Jean slipped out of her mansion to quietly enroll in classes at UCLA. The marriage lasted until 1971 when she sued for divorce which Howard granted along with a $70,000 per year settlement on the condition that she would not discuss their private lives and refrain from acting while he was alive. Just before his death in 1976, Jean received a letter from Hughes in which he declared his undying love.

Jean Peters passed away in Carlsbad, California, in 2000, from complications due to leukemia two days before her 74th birthday. She never gave interviews regarding her life with Howard Hughes.