With the country on the cusp of the post-War economic boom, many elements of the past came to an end in 1947 while the future was bearing down like the beginning of the Cold War, partitioning of India and Pakistan, the development of the transistor at Bell Laboratories, breaking the sound barrier, and inventions like the Polaroid Land Camera. 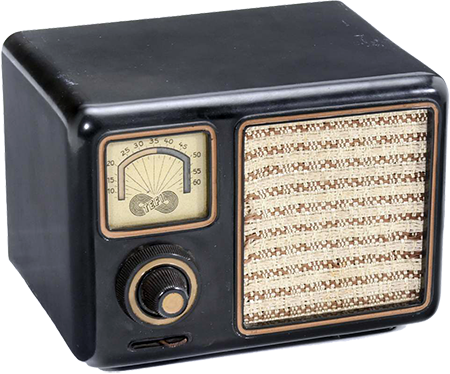 There is a tendency to look back at each of the post-War years and see the many significant firsts in a specific year and think, "see that? This is where the Future began!" With the partitioning of India and Pakistan, the development of the transistor at Bell Laboratories, breaking the sound barrier, and inventions like the Polaroid Land Camera and tubeless automobile tires 1947 also seems like the beginning of the Future, but enough things came to an end that year that 1947 might also be seen as the Last Year of the Past.

Any pretensions of isolationism completely disappeared in 1947. Isolationist sympathies had delayed America's entry into the Second World War with nearly fatal results according to some historians and commentators, certainly in the eyes of our British. Although the United States would emerge from the War as the only great power to be economically unscathed, in fact on a better financial footing than when it entered the War, the points raised by pre-War isolationists were not wholly without merit, the cost in lives of American servicemen can never be forgotten (even though the count pales in comparison with the sacrifice made by other belligerents) and American economic power would have been sufficient to bring the country through the post-Depression recovery on its own. The overarching result of the Second World War, beyond the destruction of the Fascist Axis Regimes, was the emergence of American military, social, economic, and moral authority to become a World power.

"A" World Power, but, in 1947, not "The" World Power. Events such as the Berlin Blockade and Airlift, the Soviet Atomic Bomb, the Korean War, the Cuban Missile Crisis, and the Berlin Wall were all in the unforeseeable future but in 1947 relations between the former World War Two allies, the US and the USSR, chilled to a point that can be identified as the beginning of the Cold War. Some historians cite the Bolshevik rise to power and America's "First Red Scare" as the origins of the Cold War. Both nations held isolationist viewpoints before entry into WWII, with the Soviets going so far as to sign a non-aggression pact with Hitler in 1939 (which Hitler would conveniently ignore when it suited him). The Soviets had even more reason than the British to resent America's delayed entry into the War since they bore the brunt of fighting against Hitler. Immediately following VE Day, Soviet policy was to consolidate its position in Eastern Europe and especially occupied Germany with an eye towards Soviet Expansion. The Truman Administration determined that the expansion of Communist influence would be contrary to the best interests of the United States, and on March 12, 1947, the President announced the Truman Doctrine, telling Congress, "it must be the policy of the United States to support free people who are resisting attempted subjugation by armed minorities or by outside pressures." A month earlier, Voice of America began broadcasting into Eastern Europe and the Soviet Union. 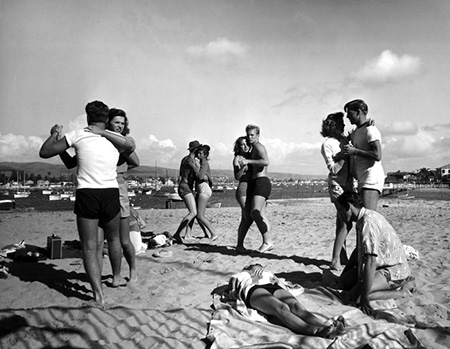 While the year saw the US and USSR take the reins as World Powers, it also saw growing evidence of the decline of the British Empire. While the Kingdom clawing its way toward economic recovery from the War, the winter of 1946-47 brought the heaviest snowfall of the century to the UK. Further exacerbating the weather-related delays in fuel distribution, the coal and electrical industries were in the early stages of nationalization. When the country began to thaw out, the nation's economic leadership realized that the island nations best hope of prosperity laid in the export of manufactured goods. One policy implemented was that no business could buy steel unless 75% of its products were imported.

One of the biggest beneficiaries of the "export of die" policies was the British Automobile industry. During the War, G.I.s stationed in Britain faced resentment for being "overpaid, oversexed, and over here", many of the men were entranced with the small, simple, yet sporty cars they saw on English country roads. Automakers in continental Europe were not ready to compete in the American market place, it would be several years before the Japanese would even have an auto industry, and even the American Big Three were retooling after the all-out effort of the War. Quirky and cute, British cars like the MG TC and later Jaguars and Allard J2s were snapped up by American enthusiasts.

Following a decision to partition the Indian Sub-Continent according to religious zones, the Dominion of Pakistan and the Dominion of India were granted independence from the British Empire in mid-August, bringing two centuries of British Rule on the sub-continent to an end. Despite Partition, violence between Hindus and Muslims flared almost immediately and continues today. 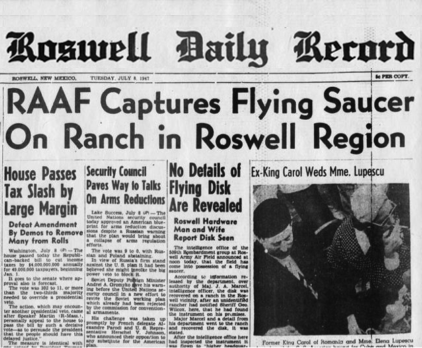 After 1947, earthmen's isolation in the universe would be forever in doubt. On June 21, a seaman named Harold Dahl spotted six objects in flight over Maury Island in the Puget Sound, and the next day Dahl claimed that he had been approached by a man wearing a black business suit who warned him not to publicly discuss seeing Unidentified Flying Objects. On June 24, experienced civilian aviator Ken Arnold reports seeing nine disk-like objects flying over nearby Mt. Rainier, the first widely circulated report of flying saucers. On July 8, the Information Officer at Roswell Army Air Field in New Mexico released a report that base personnel had recovered portions of a "flying disc". The reports were later clarified to claim that the debris was, in fact, pieces of a military weather balloon. Decades later, the government revealed that the Roswell wreckage was part of Operation Mogul, an effort to use high-altitude balloons with specialized reflective instruments to monitor potential Soviet atomic explosions, but not before one of the most extensive and popular conspiracy theories ran its course.

In February at a meeting of the American Optical Society in New York, Edwin Land first demonstrates his instant camera. The camera exposes a sheet of specialized film which is removed, along with a packet of developer chemicals, from the camera. Sixty seconds later, a fully developed photographic image is revealed. The Polaroid Land Camera would initially go on sale the next year for $89.95. 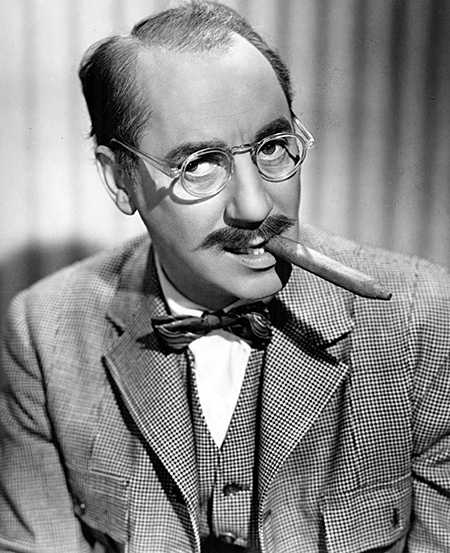 Affordable television sets and the mass exodus of sponsor dollars from network radio to TV were still on the horizon in 1947. With the economy preparing to roar into a post-War boom, there were plenty of sponsor dollars to be spent on the radio networks, and 1947 became one of the greatest years for fans of Old Time Radio. The daytime serial drama The Guiding Light moved from NBC to CBS where its beloved radio characters would have an even greater impact on daytime television. CBS also premieres Escape as a summer replacement, although the program never found a sponsor like its sister program Suspense it still became a listener favorite. NBC debuted The Adventures of Philip Marlowe with Van Heflin (Gerald Mohr took the character over the following year when the series moved to CBS). Groucho Marx's, You Bet Your Life premiered on ABC while several favorites continued. Superman's scourge Kryptonite is introduced in a story arc featuring Batman and Robin, and show like Fibber McGee and Molly, Columbia Workshop, Inner Sanctum Mysteries, The Great Gildersleeve, Green Hornet, Lights Out, The Whistler, Duffy's Tavern, and Archie Andrews were all going strong.