The War interrupted Van Heflin's career before he could establish himself as a leading man. He was a major player in noir dramas and had the lead in the first season of radio's The Adventures of Philip Marlowe.

Choose your CD format
or order disks individually: Add to Cart Add to wishlist
Play a sample episode from April 01, 1938: 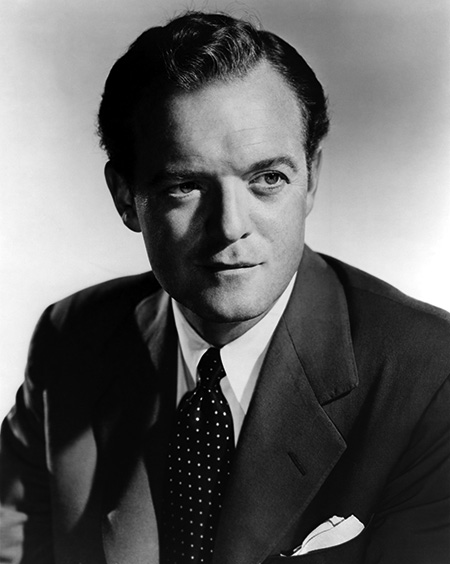 A strong work ethic is as important in Hollywood as it is anywhere, although there are examples of it working against stardom. Some critics have pointed out that Van Heflin was too good, too honest of an actor to make it as a big star. Which was probably just fine with Heflin.

Emmett Evan Heflin, Jr. was an Oklahoma dentist's son who was drawn to the sea. Born in 1908, after his parents split he was sent to live with his grandmother in California. After high school, he signed onto a freighter bound for New York, and at the end of the voyage, after seeing the lights of Broadway, he enrolled in the University of Oklahoma to study law but developed an interest in acting. After two years, he returned to the sea and spent the next three years tramping around the Pacific before giving school another try, this time at the prestigious Yale School of Drama.

His initial forays on Broadway in 1934 were disasters which closed nearly as fast as they opened. In 1936, he caught a break in the lead of "End of Summer" at the Guild Theatre. The play was well received by the critics, and it was seen by Katharine Hepburn who was impressed enough to find Heflin a spot in A Woman Rebels (1936). Heflin stayed with RKO for a year, but did not get any good parts, so returned to Broadway.

Hepburn was struggling with the label of "box-office poison", and backed the play The Philadelphia Story (the rights to the play were a gift from Howard Hughes) as a comeback vehicle. She again displayed her confidence in Heflin by giving him one of the major roles, but when the show was adapted by MGM the part was given to James Stewart who was "starrier".

Although MGM left Heflin out of The Philadelphia Story (1940), they did give him a contract and began grooming him for starring roles in B pictures and supporting roles in features like Santa Fe Trail (1940) and Johnny Eager (1942), a gangster picture for which he won the Oscar for Best Supporting Actor. 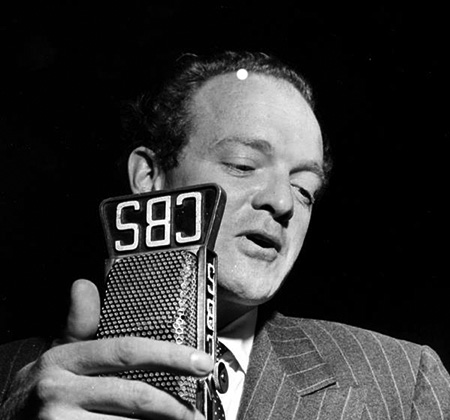 Van interrupted his contract at MGM during the War to serve with the First Motion Picture Unit of the Ninth Air Force as a combat photographer.

After the War, Van began the transition from leading man to character actor. The part he is best remembered for was as a rancher struggling against the odds in Shane (1953). NBC took advantage of his film noir reputation by casting him in the title role for the first season of The Adventures of Philip Marlowe in 1947. He also made radio noir appearances on Suspense and reprised several of his movie roles on Lux Radio Theater.

Heflin's last film was Airport (1970), where he played a bomber scheming to blow himself up on an airplane so that his wife can collect the insurance. On June 6, 1971, Heflin suffered a heart attack while swimming alone in a pool. He managed to struggle to the ladder where he clung until discovered by rescuers. He also clung to life, although he never regained consciousness. He passed away at Cedars of Lebanon Hospital on July 23, 1971. According to his instructions, there was no public funeral, and his ashes were scattered over the Pacific.

Two Stars on the Hollywood Walk of Fame honor Van Heflin. One at 6311 Hollywood Blvd for Motion Pictures and another at 6125 Hollywood Blvd commemorating his work in Television.