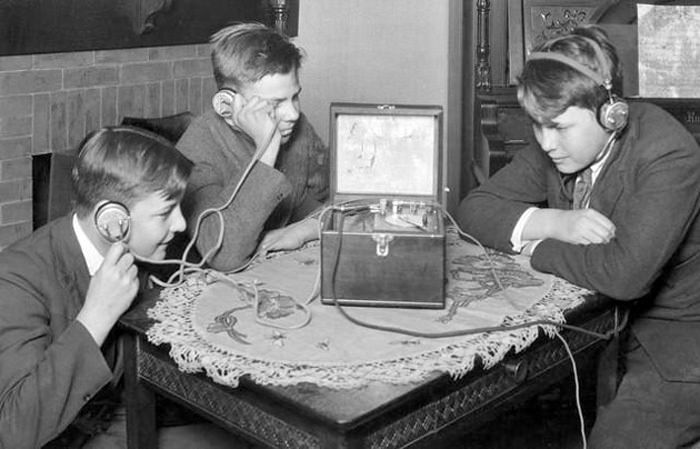 Radio broadcasts recordings from the dawn of old time radio in the 1920s are a rarity, especially when we consider the sheer number of programs forever lost from later during the golden age of radio. 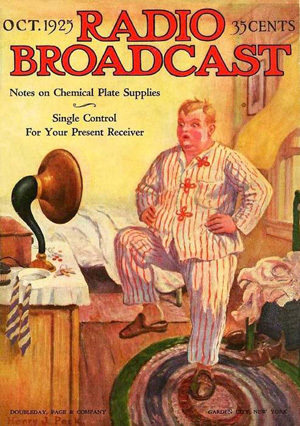 It is easy to draw parallels between the early network broadcasts and the modern explosion of the Internet. Both involve what is a seemingly new but ultimately basic technology, which the general public is seeing for the first time. In the case of radio, it is hard to imagine how foreign events happening in the large urban centers may have seemed to rural audiences in the twenties. Could average folks, who had never travelled more than fifty miles away from their birthplace, appreciate just how large America was, even in the 1920s?

The scale of the nation was one of the things that the National Test Day Program brought to light. At one point in the broadcast, General Black Jack Pershing, who was broadcasting from a nighttime Washington DC, conversed with a general in Oakland, where it was just twilight.

The purpose of the Test Day was to test the "mobilization" of the various Army Corps across the country. The use of radio as a tool to coordinate the nation wide effort was a novel idea (and one that sent shocks of nervousness through the military establishments of Europe). Some have called the "Mobilization" a stunt, and it may have been of questionable military value, but it did demonstrate that broadcasts could get nationwide coverage by linking stations using telephone lines. The National Test Day was two years before NBC began regular broadcasts. NBC would not go nation wide until 1927 establishment of the NBC Orange Network.

Many of the early recordings are from WAAM, Newark New Jersey. WAAM belonged to Edison Studios, and Edison was as interested in recording as much as broadcasting. This led to the preservation of a number of long play (as long as 90 minutes) recordings of broadcast material. With Edison's interests in phonographs, the station did not feel the restriction against transcribed material that NBC and CBS had. WAAM also pioneered commercial radio, and was one of the first broadcasters to hire a sales representative and accept payment for advertising.

As pioneering as the WAAM Edison broadcasts were, the station explored a variety of sources to fill their 90 minute recordings for broadcast. The Sept 11, 1928 recording titled "A Little Bit Of Everything" is just that; a short comic program about the making of a broadcast, some jazz, some banjo-driven ragtime, an operatic soloist, Hawaiian guitar, to chamber music. Another Edison recording from WAAM features "Fiji Islanders" playing "Hawaiian Favorites". The incredibly popular (at the time) Coon-Sanders Original Nighthawk Orchestra brings us a selection of hot Kansas City Jazz on the Maytag Follies. 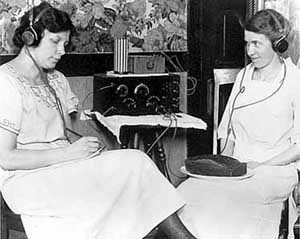